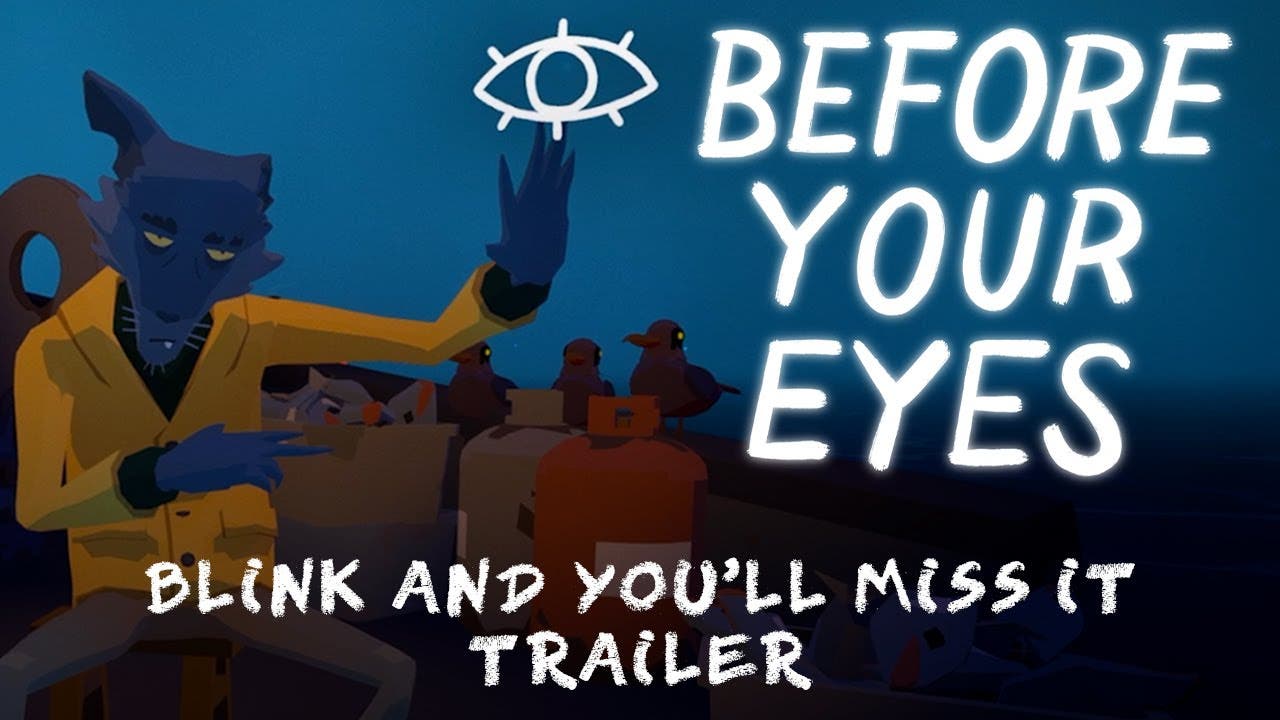 Before Your Eyes is a narrative journey through time by blinking, coming April 8th to PC

Los Angeles, CA (March 4, 2021) – Award-winning, independent game developer GoodbyeWorld Games, along with Skybound Games and Verizon Media’s RYOT Studio, today announce Before Your Eyes – an emotional, narrative journey, navigated through the player’s real-world blinks – will come to PC via Steam on April 8, 2021. Fans can “wishlist” the game on Steam here.

A personal tale of self-discovery at its core, Before Your Eyes tells a heartfelt story as players reflect and relive the happy, beautiful, and heartbreaking moments of a life once lived. Players embark upon a thought-provoking journey with the Ferryman who is tasked with shepherding souls to the afterlife. They move through time by using real-world blinking to interact and progress through the story.

Before Your Eyes’ unique blink interaction mechanic offers a novel way for players to control the story and become more immersed, as their progress is determined through their eyes and detected through the player’s webcam. As life flashes before their eyes, each blink will help the players interact with the world or make the memory fade and disappear like a dream. Players move organically through the story and experience its emotional peaks and valleys in the most natural way, until they reach the end of their journey and realize the ultimate truth.

Before Your Eyes is created by award-winning GoodbyeWorld Games, an indie collective based in Los Angeles. Originating as a keystone project by former USC game design student and GoodbyeWorld Games studio director and founder Will Hellwarth, the original version of the game, titled “Close Your,” received the prestigious Game Developers Choice award at Indiecade in 2014. It later went on to win the Student Award at the Independent Game Awards (IGF) in 2015.

“We’ve been working on this game since college—for the better part of a decade—so it’s really the definition of a labor of love,” said Oliver Lewin, game director and composer.

“We really can’t wait to get this into the hands of players, so they can finally experience this completely new way of using tech to tell human stories,” added Graham Parkes, writer and creative director. “It’s really something you have to experience firsthand.”

“GoodbyeWorld Games has made a unique and unforgettable experience with Before Your Eyes,” said Ian Howe, CEO of Skybound Games. “While keeping our eyes open can help us see, closing them may at times reveal what we hide from ourselves, and I love how the game conveys this. Most of us at Skybound teared up while playing the game and are honored to help this incredibly creative team deliver such an artistic and relatable game.”