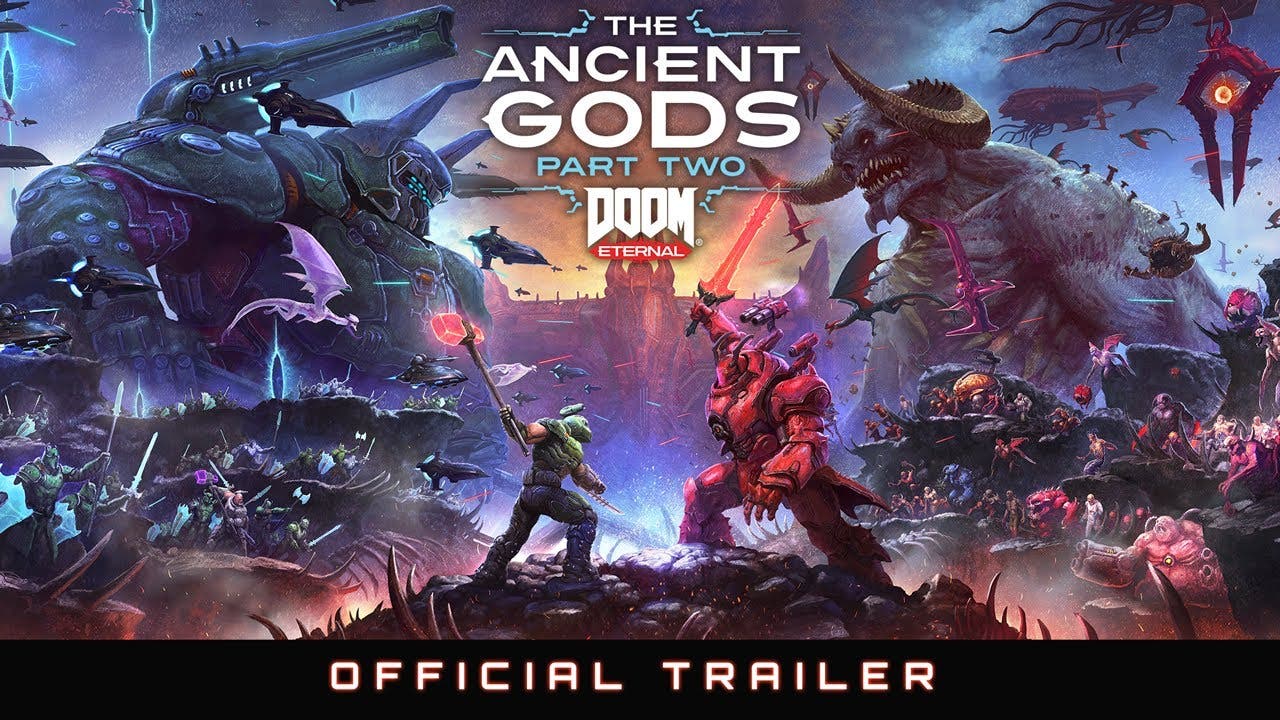 The Ancient Gods – Part Two, the epic conclusion to the DOOM Slayer’s Saga and the second campaign expansion to the critically acclaimed DOOM Eternal, arrives tomorrow, March 18 on PC, Xbox One, PlayStation 4, and Stadia. Witness the end of the Slayer’s journey that began in DOOM (2016) as his crusade against Hell reaches a conclusion of incredible scale and consequence.

You denied the gods and awoke an ancient evil. Now rally the scattered Sentinel armies, lay siege to the last bastion of Hell, break through the fortress walls, and face the Dark Lord himself. The soul of the universe hangs in the balance.

Face Hell’s armies in never-before-seen locations. From the ruins of ancient Sentinel settlements and the cosmic wonders of the World Spear, to a devastated and overgrown city on Earth hiding a mysterious gateway, to the last bastion of the Dark Lord protected by towering walls and powered by advanced technology.

Prepare to fight deadly new variations of demons, including the powerful new Armored Baron, the stalwart Stone Imp, the venomous Cursed Prowler, and the new Screecher zombie who empowers nearby demons when killed.