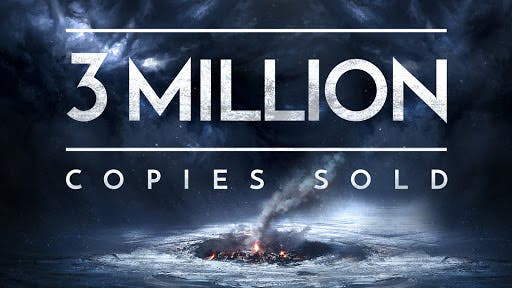 Warsaw, Poland – April 21st, 2021 — The hard-working team at 11 bit studios is celebrating good things that come in threes as Frostpunk approaches its 3rd anniversary while simultaneously reaching the incredible milestone of 3 million copies sold. The popular city-building survival sim’s apocalyptic weather froze the world to the bone when it landed on PC in 2018 and consoles in 2019.

As part of the celebration, 11 bit studios is releasing the original soundtrack from the popular Frostpunk expansions, The Last Autumn and On the Edge, with brand new tracks from composer Piotr Musiał. It is available on Steam right now for free to all Season Pass owners and will be added to streaming services shortly (already on Youtube here). For all music lovers who like to truly collect their sounds – the vinyl edition is also releasing later this year. Pre-order the vinyl album here.

Listen to the second part of the new Frostpunk soundtrack

11 bit studios offer a delicious serving of gratitude and a generous helping of “THANK YOU!” to not only the Frostpunk-lovers but to the whole community that enjoys their games. To show their appreciation, here’s a look at some captivating numbers and quirky info about both Frostpunk and all the other games on their roster.

The third part of this celebration, and the cherry on top, are three discounted game bundles fresh out of the 11 bit studios ovens! These bundles offer all of the 11 bit studios games, ranging from their classics to their new titles and content, available at the most significant discount yet and even 60% additional discount when you purchase them in a bundle. Here’s a breakdown of each pack:

Note: If you have any of these games in your Library already, their price will be removed from the total. Final price may vary depending on the user’s territory.

These limited-time bundles are available on Steam right now! This special offer will only last for a week, so grab your slice of the pie before it’s gone.

More about Frostpunk and 11 bit studios: