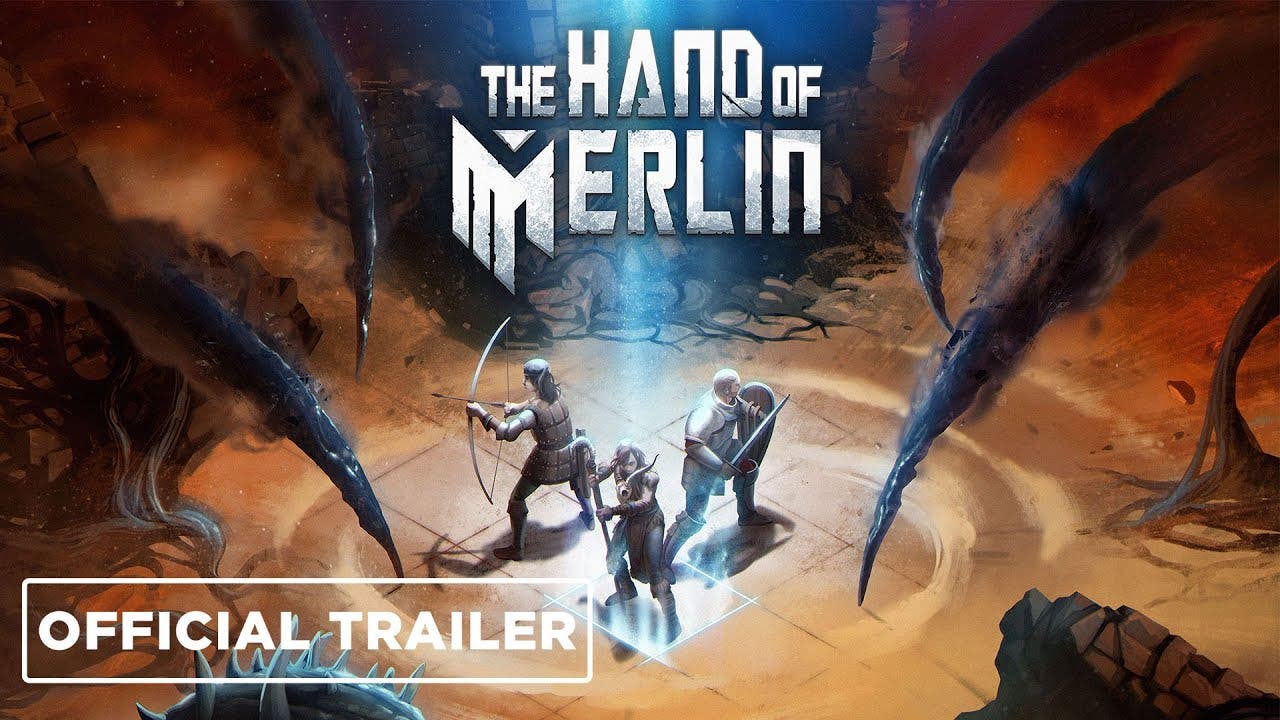 The Hand of Merlin, the roguelite RPG releases today onto Steam Early Access

Baltimore, MD – May 11th, 2021 – Independent developer Room C Games in co-production with Croteam and in partnership with indie publisher Versus Evil are excited to announce that their rogue-lite RPG game The Hand of Merlin will be available today on early access for PC via Steam, Epic Game Store and GOG.

The Hand of Merlin is a turn-based rogue-lite RPG in which Arthurian legend clashes with sci-fi horror. Players recruit three mortal heroes on a desperate journey from Albion to Jerusalem to explore richly-imagined medieval lands on the brink of apocalypse – assaulted by an otherworldly evil. Written by Jonas Kyratzes (The Talos Principle, Serious Sam 4) and Verena Kyratzes (The Lands of Dream, Serious Sam 4). The Hand of Merlin is a story inspired by Arthurian legend but with an unusual twist that introduces a wholly unique sci fi element to its storytelling.

“We wanted to create a player focused, rogue-lite RPG that merged two complete contrasting genres but in a uniquely rewarding way. This forged a whole new universe for players to explore and craft their destinies. Creatively it gave us the scope to bring something really exciting and fresh to the turn-based and squad based RPG genre“ said Robert Sajko, Creative Director at Room C Games.

Utilizing squad-based and turn-based combat, players can employ tactical cunning to use cover, set up ambushes and coordinate attacks with ranged,melee and spellcasting combat to conquer both human and demonic foes looking to do them harm. Additionally, players can utilise relics they purchase or are rewarded with, some of which are imbued with magical power. These abilities will be important as players weigh the risk and reward for the paths they choose.

In The Hand of Merlin choices are permanent depending on the decisions players make as they carve a path across the lands of Albion, Marca Hispanica and Al-Andalus. Combat is inevitable and mastering the tactics of squad-based and turn-based combat is essential to survive in a world where evil never rests. Players can seek out towns to improve their arms and armor, or trade with hermit artisans in the wild. Renown is the backbone of progression and can be used to level up party Heroes, and players can choose between a randomized set of new skills or improved attributes to balance out the combat prowess of their party to improve their chances.

With a large focus on exploration and encounter, mortality is the consequence of existence in human form, but even in defeat, players retain collected arcane knowledge as they jump from one parallel dimension to the next. No two worlds are ever quite the same, and each journey will be unique. Defeat is not the end in this realm, only a new beginning.

There are as many worlds as there are stars in the sky. In each stands Camelot; in each there is a Grail. But there is only one Merlin, and his eternal burden is to stand against the horror from beyond. Each world that is saved is saved forever; each world that is lost is lost for good.

Versus Evil has a 20% launch discount in place for its first week on sale during early access and Room C Games aims to add more guardians, heroes and encounters for the games full launch later this year.

Versus Evil on Discord