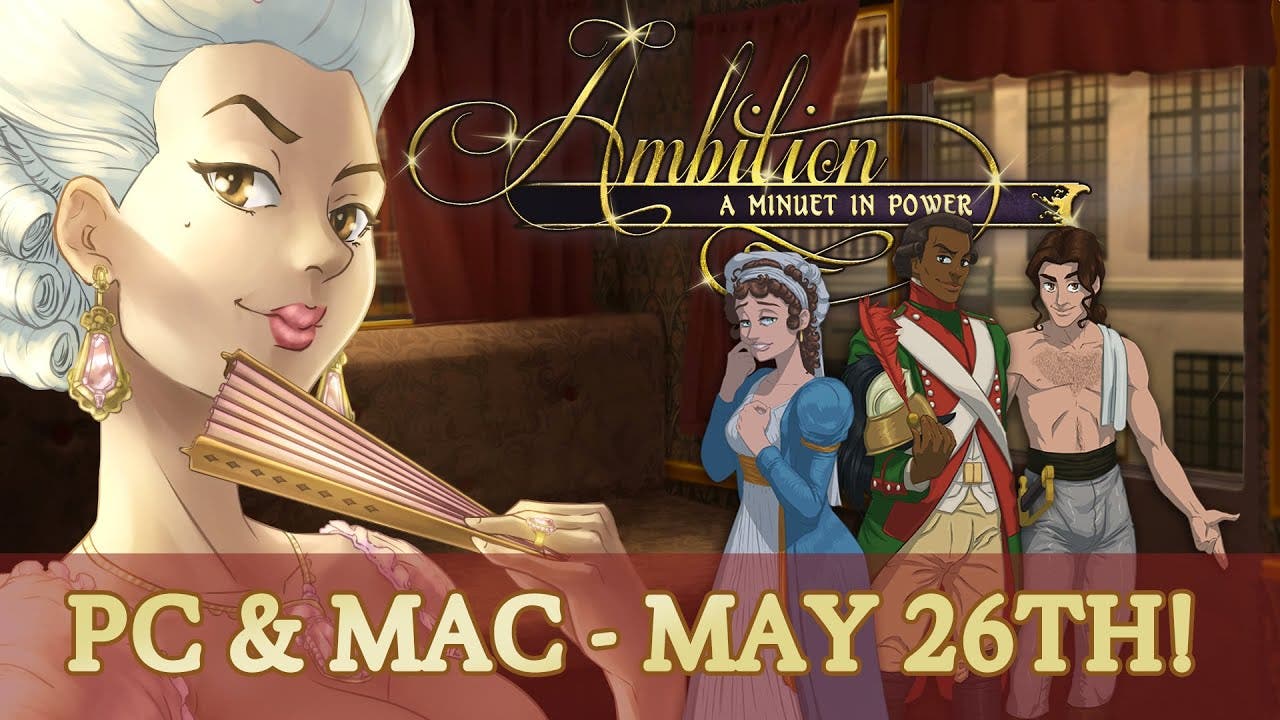 Ambition: A Minuet in Power, the 18th Century Romance Adventure Game gets a release date of May 26th on PC

Haarlem, Netherlands, May 12th 2021 – Publisher Iceberg Interactive and developer Joy Manufacturing Co. are proud to announce that Ambition: A Minuet in Power is coming to Windows PC & Mac via Steam on May 26th and Nintendo Switch later this summer!

18th century Paris is a city of love, lies, and revolution. You are Yvette – a woman of fashion left to fend for yourself in Ville De L’amour when your fiancé Armand disappears.

This is your opportunity to wine and dine with a cast of unforgettable characters. Amass the wealth and respect you deserve. Engage in gossip that can alter the course of history, or lead you to the guillotine.

Use your calendar to plan your engagements each week. During your stay in Paris, the timing of your commitments is equally as important as who they are with. In a city marching towards revolution, time is of the essence, and don’t forget, your enemies have agendas of their own!

A Cast Of Unforgettable Characters

Fall in love with a sprawling cast of fully realized characters. Enjoy the company and learn the secret histories of mysterious priests, wronged soldiers, wealthy widows, and more! Discretion is key, careful application of charisma and finesse will unlock more than one path to victory!

Capture the hearts of Parisian nobles and use their influence to your advantage. Change the outcome of political events, snub your rivals, and enjoy the fruits of your labors with lavish and expensive gifts that increase your standing and credibility. Turn gossip into profit by selling the secrets you learn, but be careful! Your reputation and security are also at stake. The choices you make can yield great rewards and change the course of the story, but dire consequences could arise if you’re caught!