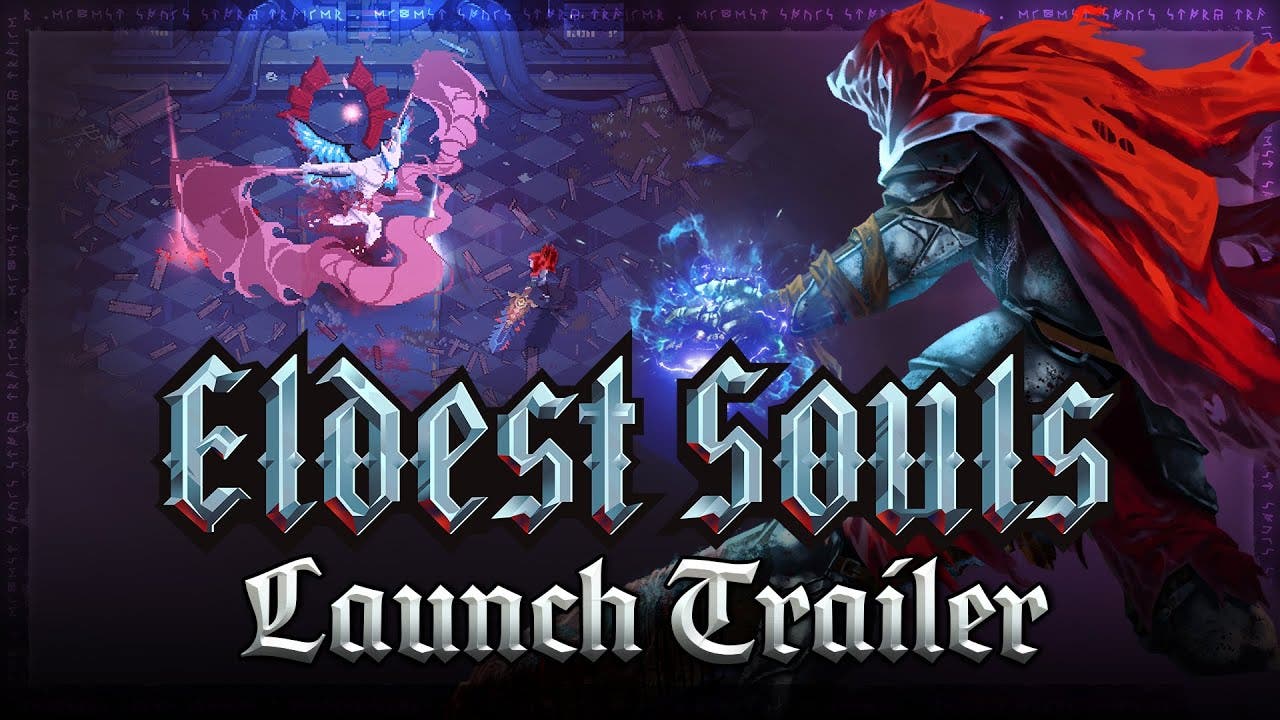 Eldest Souls, the boss rush soulslike has arrived on PC and consoles today

July 29, 2021 – London, UK – The long-awaited soulslike boss-rush, Eldest Souls, today unleashes upon the world its brutally-challenging twist on combat, as the latest tough-as-nails video game that promises to push players to the limit. Published by indie company, United Label, Eldest Souls is available now for £16.99 on PS5, PS4, Xbox Series X|S, Xbox One, Nintendo Switch and PC. Check out the relentless Gameplay Launch Trailer below:

With Eldest Souls, developer, Fallen Flag Studios, has created a ferociously difficult combat-focused game that pits only the bravest of players through a series of intricately designed boss battles where every moment counts. The fast-paced combat is framed by an arresting,  thematic pixel-art style, dripping in gorgeous 16-bit attention-to-detail. Though players are advised not to gaze too long – this monument of Human triumph has long been forgotten, and something dark has taken root deep within…

Focusing on only the toughest and most engaging of combat encounters – the Bosses! – each Old God presents a new and unique challenge for the player to overcome. Victors may claim the God’s celestial powers to unlock a vast array of unique Talents and Abilities, ready to customize their own personalised combat style from a multitude of combinations.

Eldest Souls features a captivating mystery surrounding the Old Gods, a vengeful band of deities who have unleashed a terrible Desolation upon the world, turning farmlands to desert, and rivers to dust. Players must guide their warrior through a vast Citadel in search of these embittered beings while engaging with intriguing NPCs, compelling questlines and a series of ominous mysteries that hint at why the Old Gods have been imprisoned so long.

Eldest Souls is available now for £16.99 on PS5, PS4, Xbox Series X|S, Xbox One, Nintendo Switch and PC. More information about Eldest Souls can be found at unitedlabelgames.com/eldest-souls, the official Facebook page, and the official Twitter. The press kit for the announcement is available here.