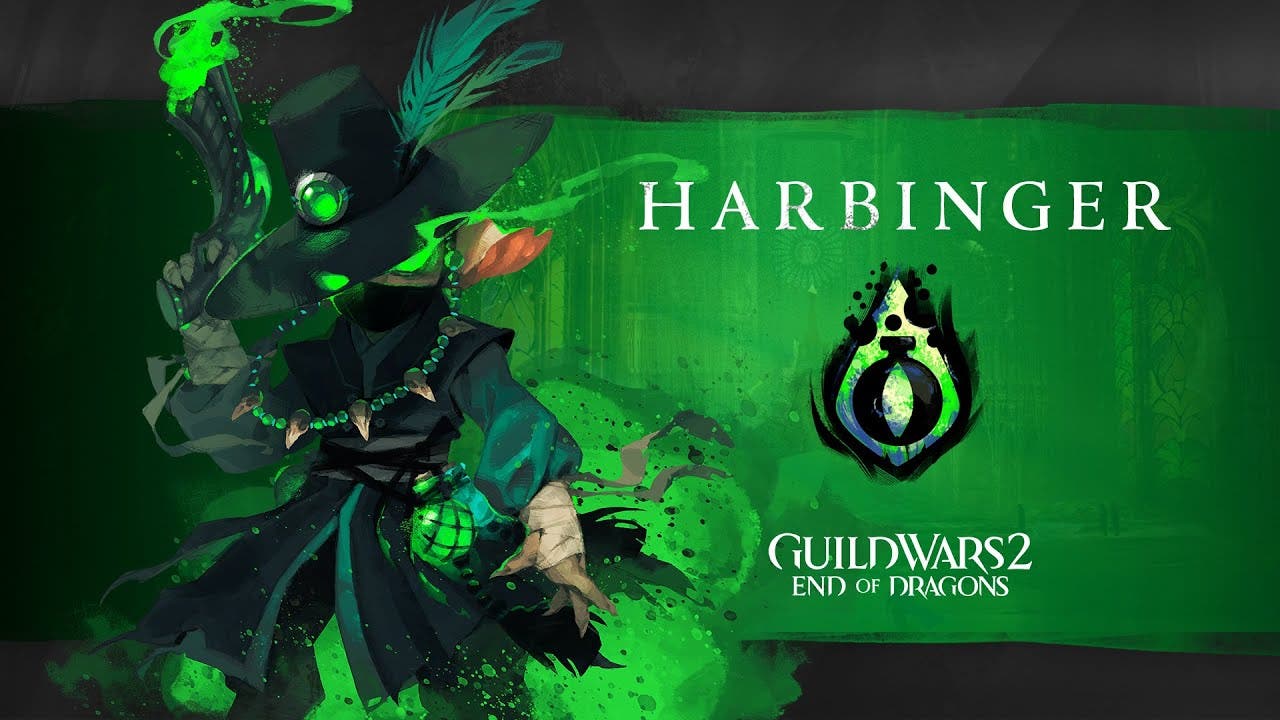 BELLEVUE, WA – August 12, 2021 – The first playable Guild Wars 2: End of Dragons content arrives next Tuesday when three elite specializations, which provide new and exciting ways to play existing character professions, are available for all players as part of the expansion’s first beta test. Logging in to Guild Wars 2 beginning at 9 a.m. on August 17 will grant players the ability to create up to three new characters automatically powered to the level 80 cap, and with the ability to choose the new willbender, harbinger, and virtuoso elite specializations for the guardian, necromancer, and mesmer professions, respectively. The beta will last until August 21 and be available to everyone, including play-for-free accounts.

Replete with new skills and traits, each elite specialization provides a deep and rewarding new gameplay style for their associated profession, furthering player options to create a character to their detailed specifications and preferences. A detailed gameplay showcase of the beta will be broadcast on the Guild Wars 2 Twitch channel on Friday, August 13 at 12 PM PT.

The harbinger borrows a dash of old west gunslinger, and mixes it with a splash of wandering apothecary, expressed by their elixir skills and related support traits. The result is a fast-paced, frenetic combat style that rewards skill, risk, and biting off exactly as much as you can chew (but no more) while subverting the traditional, more methodically-paced gameplay of Necromancer.

The Mesmer is normally known for deviousness, trickery, and complexity, creating illusions to distract enemies and then ‘shattering’ them to various effect.

Weaving telekinesis and the Canthan martial traditions of the blade into a wholly new style of fast and active combat, the virtuoso changes this by disregarding trickery and embracing all-out offense, using their magic to summon enchanted blades, which they wield telekinetically for immensely powerful attacks, or inflicting debilitating conditions.

Willbenders are protectors of the Canthan throne and fated guardians to the Weh no Su (or Ascendant Emperors). A new form of Guardian that uses of an off-hand sword and physical abilities to help them reach and execute their foes, the willbender makes the profession more mobile than it has ever been.

The willbender’s off-hand sword and many physical utilities have been given multi-strike and bonus movement capabilities making it a highly aggressive damage dealer, bursting down foes while simultaneously maintaining their health and well-being through destruction on the battlefield.

Three more elite specializations are set to be revealed leading up to the second End of Dragons beta, which begins September 21 and runs through September 25, with the final three being playable in the third beta from October 26-30.

ArenaNet and NCSOFT will continue to reveal more about the expansion throughout the summer on their Twitch and YouTube channels via a series of live streams, with many more surprises in store throughout the remainder of 2021.