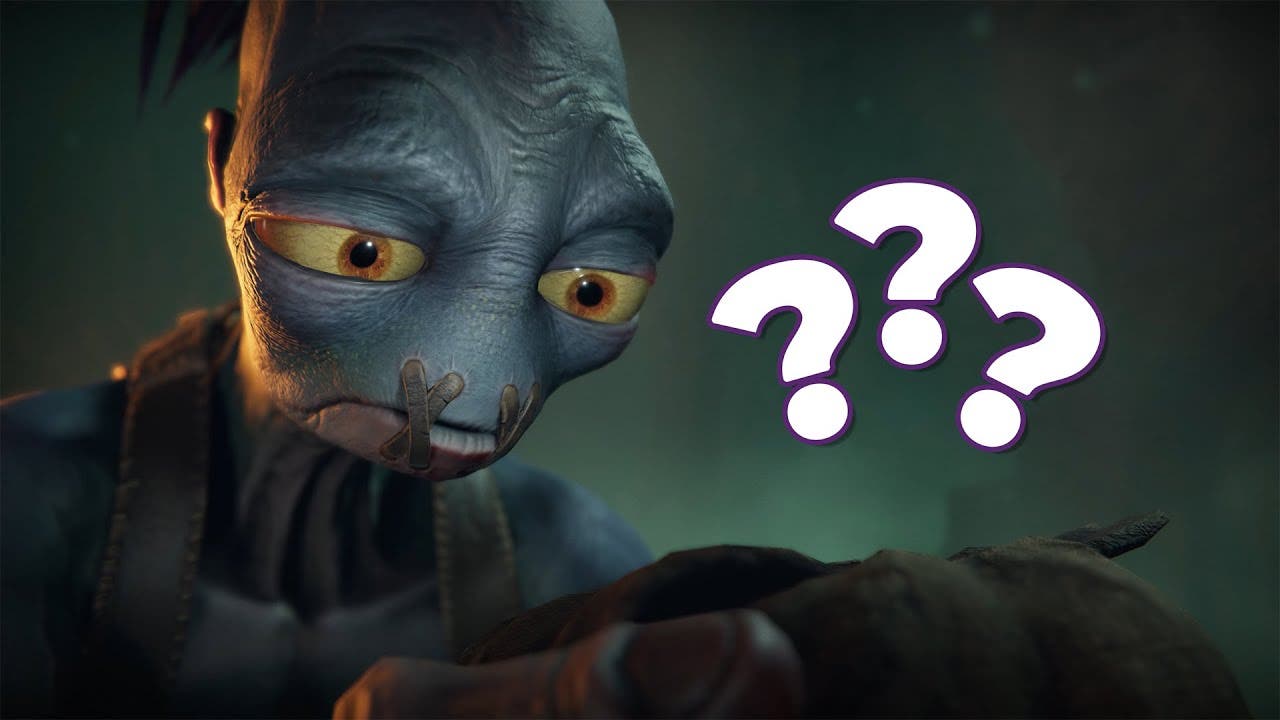 It is true, our explosive action-adventure platformer Oddworld: Soulstorm is coming to Xbox Series X|S and Xbox One. Soulstorm is the evolutionary story of a revolution. Explore massive cinematic scale and 2.9D environments filled with breathtaking visuals. Scavenge for supplies, craft weapons, arm your followers, solve puzzles, and learn Abe’s true destiny while safely delivering all of 1,000 followers to freedom. Failure means the eradication of his entire species. Ready for or not, the entire fate of the Mudokon species is in Abe’s (and your) hands!

Explosive Action-Adventure Platformer: Evolving the platforming genre by adding RPG-lite elements with player agency to play as you like, whether aggressively or passively. You will have to pickpocket your enemies, loot lockers, sift through trash cans, and find hidden areas to acquire resources. Exchange resources at vending machines to get products that give you more agency in how you chose to conquer the game’s many challenges. Acquire recipes to craft tools and weapons to use against opposing forces or solve problems. Arm your followers and watch the revolution begin.

Start a Revolution: A dark storyline with a twisted sense of humor that shines a light on the ironies that exist in the human condition. As a slave to big business, a cog in the corporate machine being grinded to death, Abe tries to save them all and along the way he goes from a nobody to potentially starting a global revolution.

Completionists: Can you save every single Mudokon in the game, there are more than 1,000? Can you achieve the best ending and unlock the final two playable levels? Can you scavenge every trash can and locker, kill or safely apprehend every antagonist, find every hidden area, collect every jelly? 3+m players have had the opportunity to do it…will you be the first to do it on Xbox?

Multiple Endings: Soulstorm has 15 levels, with two additional unlockable levels at the end of the game (making for 17 levels in all). There are 4 types of endings in the game. At the end of each individual level, you receive a Quarma score, which is based on the number of Mudokons you  save. You must save at least 80% of the Mudokons in a level to achieve a good score, but to make it clear, you don’t have to save any to progress through the game’s first 15 levels. If you save at least 80% in up to six levels, you will earn the worst ending. If you achieve that score in at least 7 and not higher than 11 levels, you unlock the  bad ending which has an explosive ending cinematic. If you save 80% in at least 12 of the 15  levels, you earn the good ending unlocking an additional cinematic and levels 16 and 17. Lastly, if  you secure 80% in all 17 levels you earn an additional ending (newspaper cinematic).

Oddworld: Soulstorm is currently available on the Epic Games Store for PC. The physical and digital PS5 and PS4 versions are available right now.  It is in development for Xbox Series X|S and Xbox One.