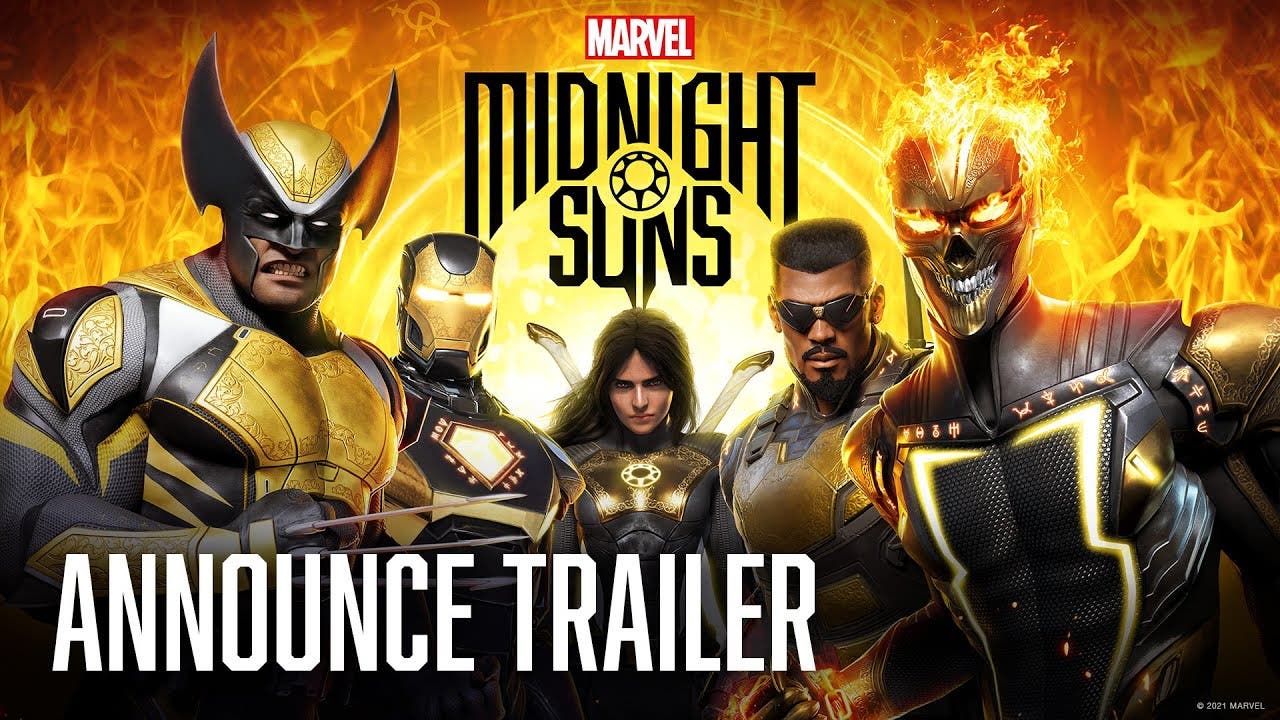 New York, NY – August 25, 2021 – 2K and Marvel Entertainment announced today Marvel’s Midnight Suns, a new tactical RPG set in the darker side of the Marvel Universe that brings players face-to-face against supernatural forces as they team up with and live among the Midnight Suns, Earth’s last line of defense against the underworld. Marvel’s Midnight Suns is currently scheduled for launch in March 2022, and will be available on PlayStation®5, PlayStation®4, Xbox Series X|S, Xbox One, Nintendo™ Switch, and Windows PC via Steam and Epic Games Store.

Through a twisted marriage of magic and science, the nefarious force known as Hydra has revived Lilith, Mother of Demons, after centuries of slumber. Lilith will stop at nothing to complete an ancient prophecy and summon her evil master, Chthon. Pushed to the brink, the Avengers desperately look to fight fire with Hellfire by enlisting the help of the Midnight Suns – Nico Minoru, Blade, Magik, and Ghost Rider – young heroes with powers deeply rooted in the supernatural, formed to prevent the very prophecy Lilith aims to fulfill. Together, they resurrect an ancient warrior – the Hunter, Lilith’s forsaken child and the only hero known to have ever defeated her.

“We’re thrilled to team with Firaxis Games, who combine a history of building outstanding tactical games with an authentic love of Marvel’s supernatural side,” said Bill Rosemann, Vice President of Creative at Marvel Games. “Marvel’s Midnight Suns offers players the chance to not only live alongside legendary heroes, but to also experience an all-new, original story that dives deep into the monstrous shadows of the Marvel Universe. Darkness Falls. Rise Up!”

“I grew up reading and loving Marvel comics,” said Jake Solomon, Creative Director for Marvel’s Midnight Suns at Firaxis Games. “To be entrusted with these characters and their stories is an honor for me and the team. If you’re a Marvel fan, or an RPG fan, or a fan of tactics games, Marvel’s Midnight Suns will make these beloved characters come alive in a way that you’ve never seen before.”

During today’s announcement at gamescom: Opening Night Live, 2K debuted a stunning cinematic trailer featuring the dramatic resurrection of the Hunter – the first customizable original hero in the Marvel Universe. Developed by Firaxis Games, the legendary studio behind the critically-acclaimed, world-renowned Civilization and XCOM franchises, Marvel’s Midnight Suns will feature an iconic collection of heroes spanning The Avengers, X-Men, Runaways, and more, promising cinematic tactical combat with a Super Hero flair, game-impacting friendships to forge, and an unforgettable adventure that showcases the darker side of Marvel.

“Marvel’s Midnight Suns is an incredibly ambitious title that looks to deliver a truly unique and groundbreaking experience,” said David Ismailer, President at 2K. “Working with Marvel is a huge opportunity, and we’re fully confident the team at Firaxis will deliver another outstanding game.”

“Collaborating with best-in-class development teams like Firaxis Games and publishers like 2K to craft exceptionally fun, fresh, and original takes on our IP is what Marvel Games strives for,” said Jay Ong, Executive Vice President of Marvel Games. “Our teams have been working closely and the results will be supernaturally exciting! We can’t wait for our fans to experience the engaging and compelling world within Marvel’s Midnight Suns.”

Next week, 2K and Firaxis Games will look to reveal the world premiere of gameplay for Marvel’s Midnight Suns, showcasing a new engaging and deeply customizable tactical battle system where players assemble their team of heroes, assess the battlefield, and launch devastating iconic attacks against the forces of darkness. Viewers should tune in to www.midnightsuns.com at 11:30 a.m. PT on Wednesday, September 1.