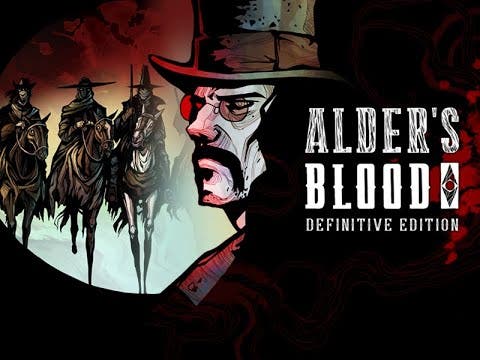 Alder’s Blood: Definitive Edition out now for Xbox for the first time, and updated on PC via Steam

September 22nd, Warsaw, Poland – Answer the call of the Hunt! God is dead and it’s humans who killed him. Navigate a bleak world full of other worldly evils and defend humanity from Lovecraftian horrors that prey on them. Only the Hunters – not quite humans, not quite beasts – can stand between mankind and the slews of monsters roaming the wastes. Become a chief of a clan of Hunters and pick the squad you want to take with you for the Hunt. Stealth past enemies to ambush them or avoid them entirely and reach the objective. With the release of the Definitive Edition on Xbox, we have also updated the Nintendo Switch and PC version with the same changes to the base game. Whatever you play on, happy hunting!

Alder’s Blood is a turn-based, tactical stealth game with a dash of strategy. Take on the role of the Chief of Hunters – leading a group of perfectly trained, highly skilled, professional monster slayers.

The Hunters carefully plan their attacks, sneaking in the shadows, until they can feel the nasty breath of the monsters they set their sights on. Quick, quiet, and deadly, Hunters overcome their enemies with the use of tactics, specialized gear, and dark arts. In one-on-one encounters, even the most experienced and skilled Hunter does not stand a chance facing a beast.

For this reason, joining forces with other Hunters and valuing tactics higher than muscles is crucial for staying alive. These terrifying monsters can easily detect Hunter’s presence by their scent, smart hunters monitor wind direction, avoid being noticed, and prepare deadly ambushes.

A good Hunter knows that his hunting tools are as important as his weapons, and be sure to make good use of the sophisticated technology and dark artifacts at your disposal. But remember whatever tactics you employ, resources will be limited, and opportunities rare. So don’t waste them. 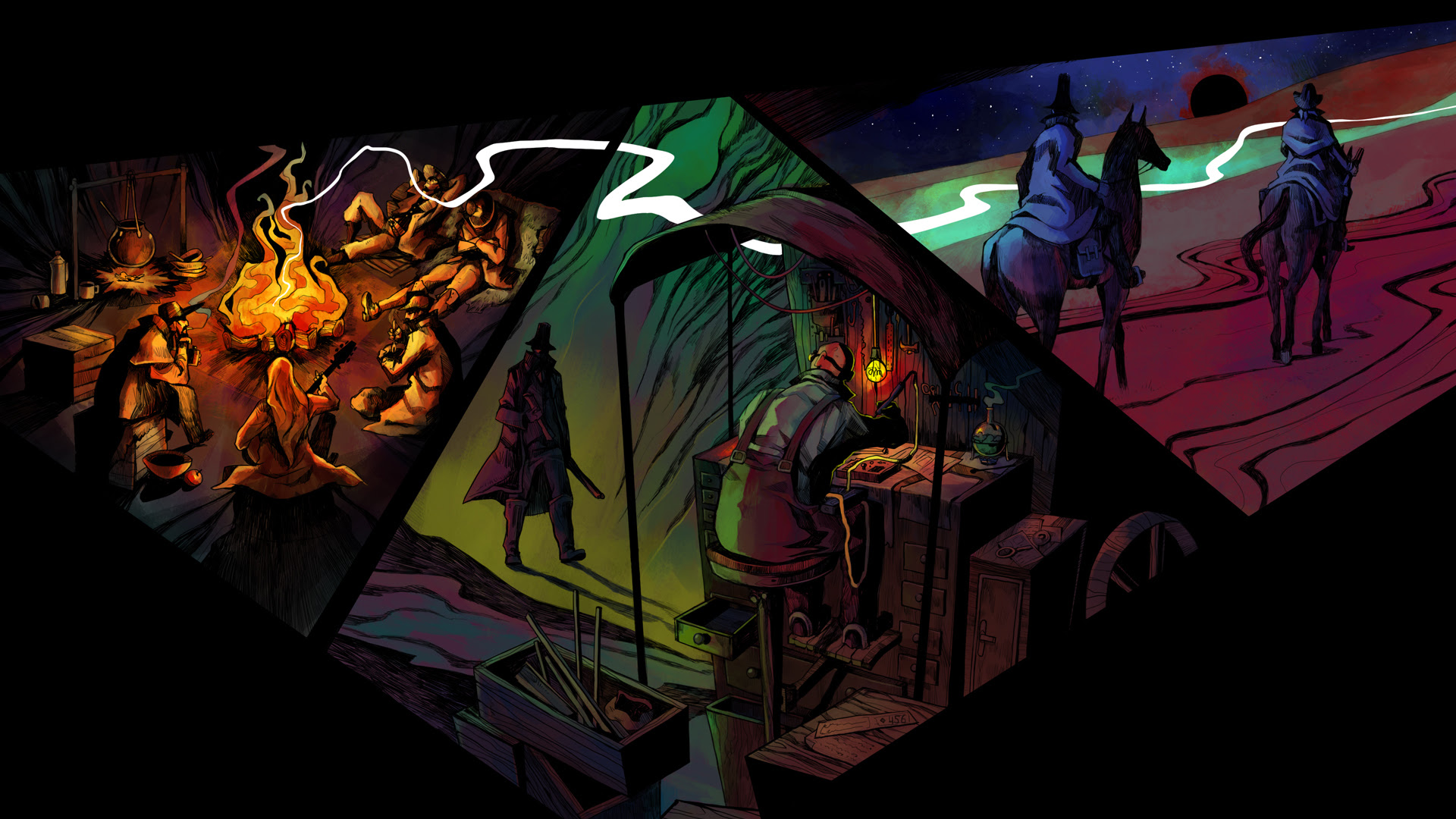 Corruption system:
The most controversial feature of Alder’s Blood has been completely reworked. No longer will your hunters suffer the corruption effects just because they fight monsters, or take part in missions. The original idea treated hunters as expendables, but it didn’t work out well.
Now hunters gain corruption only from the listed sources:

Now you control your corruption gain. Cursed items are more powerful, so you can choose between a powerful but costly approach, and a moderate yet safer one.
So, our previous design of expandable hunters is now optional, you decide whether you want to keep your hunters safe, exploit then discard them, or something in-between.

Wind system:
In the release version, the wind was too random, so we stopped it from changing its direction until we could fix it. Now the wind will show you the direction it’s going to change to, a turn before. So that you can prepare, and hide in the right place.

Darkness system:
The Darkness system was planned as a big thing that brings variety to the game. From looking at your comments, all it brought was frustration. We are turning off the system completely for the time being.

Ranged weapons:
You will notice that Ranged weapons cannot be used in melee. Only shotguns break this rule. Keep your riflemen safe!

Attack of opportunity:
Ranged weapons cannot be used in melee, so why not just move away? Well, because your hunter will get hit by the monster when disengaging. Be careful when you commit to melee, or where you move, cause that attack of opportunity may hurt! New weapons:
We’ve added 23 new weapons to deal some damage to the enemies. We think that everybody should find something interesting to arm their hunters with. Weapons availability also changed. Many of them can be purchased in shops from the start of the game, as long as you have the cash.

New abilities effects:
Some of the new gear features new abilities’ effects. The big highlight in these sections are push and pull effects. Remember the attack of opportunity feature? Pushing or pulling enemies away from your hunters is one of the ways to deal with that.
We also added a smoke bomb that can create a temporary cloud of smoke that can hide your hunters like bushes or tall grass.

Bat swarm:
A low-level enemy with knockdown resistance, and short, but 360 vision range. Look out for it’s Bleeding attack! A simple addition to add more variety.

Woods Witch:
This enemy is capable of buffing her fellow monsters with new Status effects:

Ah, and she can also heal other enemies. It would be wise to prioritize her in your battles.

Elder Vampire:
Mini-boss type of enemy. They can deal some serious damage from afar and close by. You can encounter them in the new Blackwells side questline. 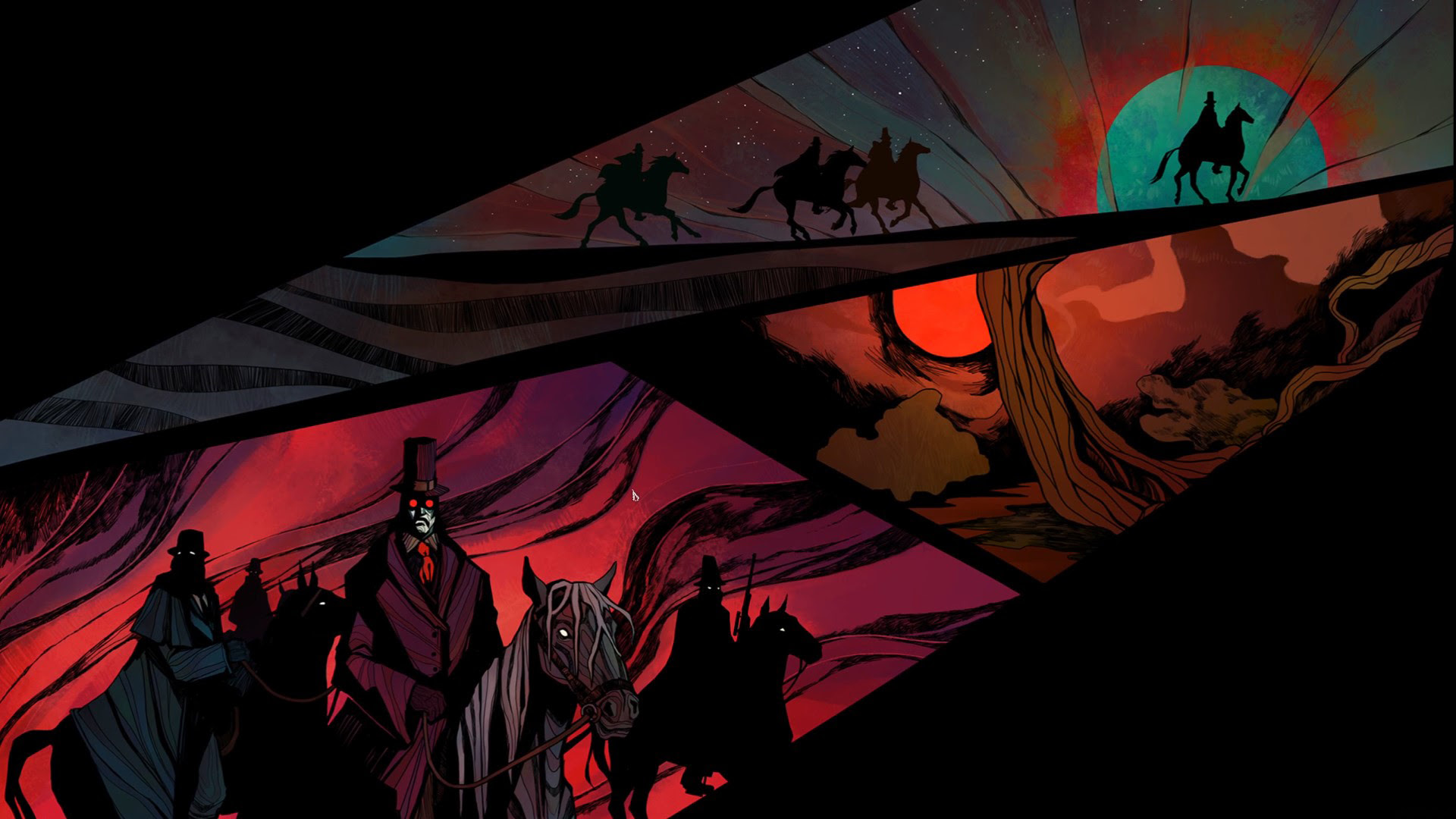 Research wagon:
Progression was tightly packed with your main quest. Now we open this up with the availability of weapons in stores, but also with a Research wagon. Research takes time but can unlock new gear and weapons at your own pace.

Hunters roster and levels:
Hunters now have their max level capped at 6. You need to carefully choose what Traits you want them to have, as they can only have a few!
Also, your caravan has a limit to the number of hunters that can travel with you at the same time. This amount can be increased through the aforementioned Research wagon.

New traits:
We’ve added a couple of new Traits to the game, including:
Weapon Mastery Trait giving a hunter a 25% damage bonus when using weapons of a specific class.
Dark One gives a hunter an extra 25% damage dealt when using cursed weapons.
The cursed Item trait indicates a cursed item (what a twist!), they are generally more powerful but they corrupt hunters who use them.
We’ve also added traits that are unlocked through the Research wagon and affect the whole caravan.

Factions Contracts:
These smaller missions can provide you with some needed XP, as well as faction loyalty that can get you some unique gear. Previously, it was tied to the side missions, now you can get loyalty points through contracts. Each faction has 3 levels of contracts, adding 12 new missions with different levels of complexity.

New questline:
House Blackwell gained a new questline featuring a new Elder Vampire enemy. It unlocks after the destruction of the Tower of Love in the main quest. Alder’s Blood: Definitive Edition is out NOW on Xbox. The 2.0 update, bringing the base game in line with the definitive edition has also been released for the Nintendo Switch and PC versions of the game.