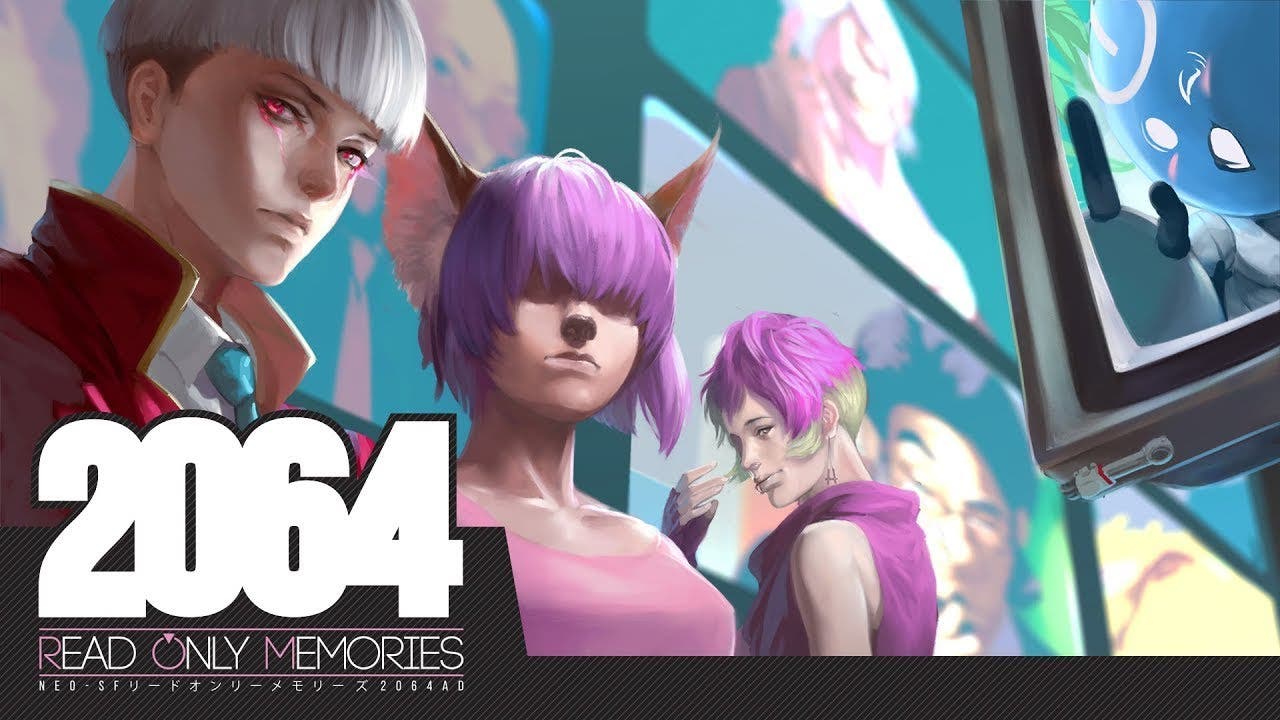 Point-and-click adventure 2064: Read Only Memories to be FREE on the Epic Games Store tomorrow

SAN FRANCISCO – Sept. 27, 2021 – 2064: Read Only Memories, the cyberpunk point-and-click narrative adventure with more than 1 million downloads by MidBoss, will be the Epic Games Store free game of the day on Tuesday, Sept. 28.

This special offer celebrates the trade paperback release of Read Only Memories, the IDW Publishing comic series that bridges the gap between 2064 and its upcoming sequel Read Only Memories: NEURODIVER. A free demo of NEURODIVER, titled Pilot Memory, is available now on Steam and Epic Games Store.

In 2064: Read Only Memories, a struggling journalist and a sapient AI team up to uncover the truth behind its creator’s mysterious disappearance. Interact with a diverse cast of characters ranging from a genetically-enhanced lawyer to an infamous hacker. Create and foster relationships with the inclusive crew in visual novel segments and solve puzzles in point-and-click sections as well as mini games.

The Read Only Memories trade paperback compiles all four issues of the series written by Sina Grace (The Walking Dead, Marvel’s Uncanny X-Men) with art by Stefano Simeone (Star Wars Adventures, Shoplifters Will Be Liquidated).The trade paperback includes a digital code for 2064: Read Only Memories – Sights and Sounds of Neo-SF, a package containing 2064, its official artbook, and soundtrack.

Follow the story of Lexi Rivers, formerly a Neo-San Francisco detective and now a private investigator in Santa Cruz. Rivers must solve a case unlike anything she’s encountered before when a robot arrives at her door, seeking its lost human lover.

The events of the comic lead into Read Only Memories: NEURODIVER, featuring Lexi and other returning members of the 2064 cast working with the psychic detective ES88 to thwart the Golden Butterfly, a rogue esper corrupting peoples’ memories.

“The Read Only Memories trade paperback tells a thrilling tale from a wonderful writer in Sina Grace, and is the perfect way to get yourself primed for NEURODIVER as we wrap up development,” said Cade Peterson, CEO, MidBoss. “And if you haven’t visited Neo-San Francisco yet, why not go download 2064: Read Only Memories for literally free?”

The Read Only Memories trade paperback releases on Tuesday Sept. 28, 2021 for an MSRP of $17.99, and is available for purchase at local comic stores. For more information and updates follow @MidBoss on Twitter and visit the company blog.

Read Only Memories: NEURODIVER will release on PlayStation 5, PlayStation 4, Nintendo Switch, Xbox Series X|S, Xbox One, along with Windows PC, Mac, and Linux on Steam and Epic Games Store, with support for English and Japanese upon launch. Japanese localization and voice over as well as Xbox One and Xbox Series X|S support for all regions will be provided by Chorus Worldwide. The free demo, Pilot Memory, is available now on Steam and Epic Games Store.