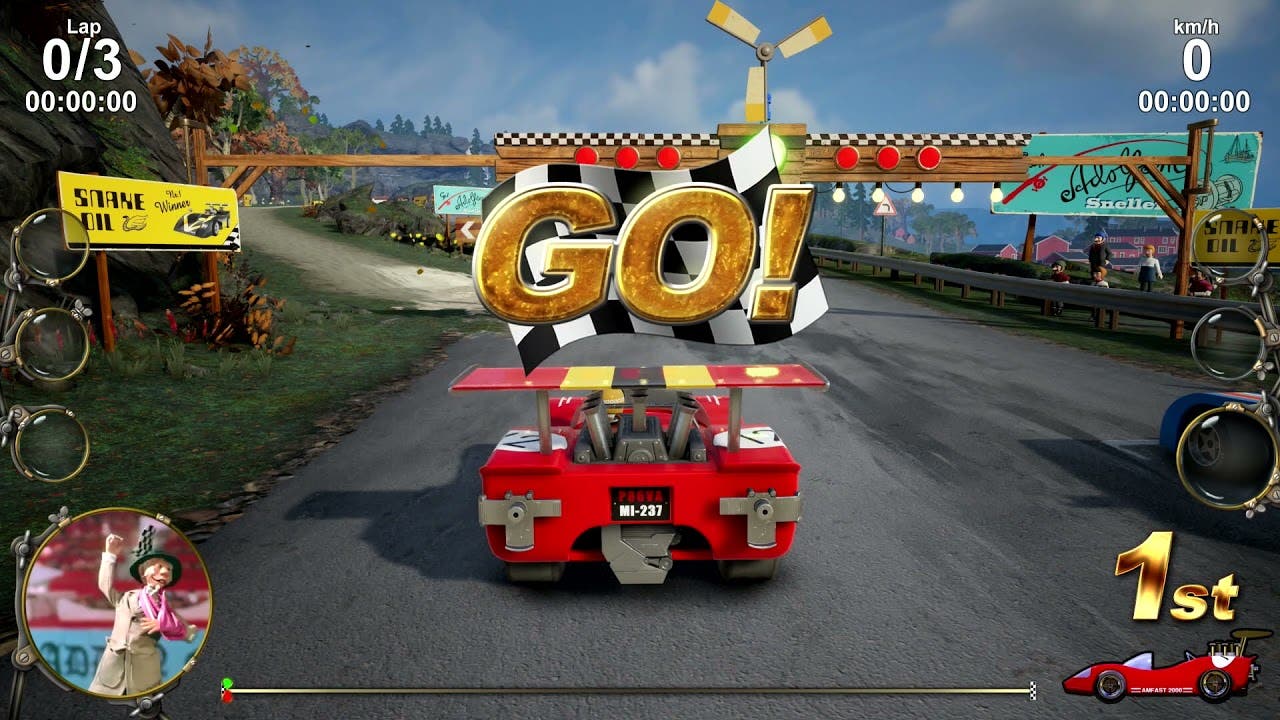 Based on one of the most widely seen Norwegian films of all time, Pinchcliffe Grand Prix is being developed in close collaboration with Caprino Filmcenter and tells the iconic story with a charming mix of mini games and high-octane races starting November 4th, 2021 on Nintendo Switch and Steam.

Also known as Flåklypa Grand Prix, Pinchcliffe Grand Prix a spiritual successor to the PC and Nintendo DS hit with the same name, which has sold over 380 000 copies in Norway alone. Beautifully recreated in Unreal Engine, it is now making a grand comeback in full 3D to send Theodor, Sonny, Lambert and the other villagers on their iconic adventure:

Use various cars from the Pinchcliffe universe and race to the finish line, alone or with a friend in split screen. But watch out for dirty tricks by the other contestants, or retaliate using your own.

Earn points and unlock parts to build the famous car Il Tempo Gigante from the movie! Race down the track on Solans tricycle, collect flowers while avoiding angry bees as Ludvig and much more.

Following the events of the original movie, you will help Theodor build the racing car Il Tempo Gigante. Can you make it all the way to the top of the podium in the Flåklypa Grand Prix?

The game has been developed in close collaboration with Caprino Filmcenter and is based on Kjell Aukrusts characters and environment, and Ivo Caprino’s great film success. Pinchcliffe Grand Prix will be available on November 4th for Nintendo Switch and PC on Steam!