New playable class, the Sororitas is coming as DLC to Warhammer 40,000: Inquisitor – Martyr 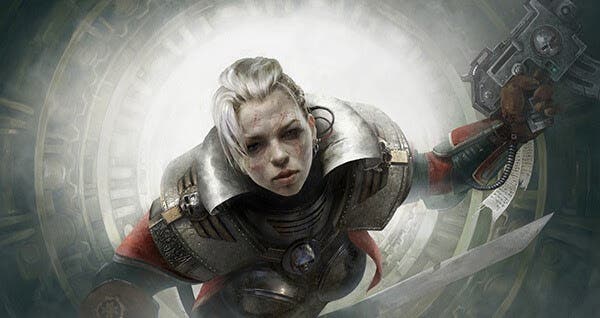 NeocoreGames is happy to announce that a new playable class DLC, an INQUISITOR with an ADEPTA SORORITAS background, is coming soon to Warhammer 40,000: Inquisitor – Martyr.

Fans of the Warhammer 40,000 universe are surely familiar with the Adepta Sororitas. The Sisters of Battle are devout followers of the Emperor, and a bastion against corruption and heresy across the Imperium. They lay waste to the heretics with a wide array of weaponry ranging from Flamers to Blessed Blades and Neural Whips, however, their faith is said to be a weapon stronger than any steel. Through this zealous faith they invoke powers beyond measure to perform Saintly Deeds, silencing every last heretic’s final cries.

The Sisters of Battle background will bring new class mechanics and item types to Warhammer 40,000: Inquisitor as well. Players will be able to access various Acts of Faith to empower their characters and allies, or smite enemies, as well as further customize their playstyle through the Sacred Rite passive skills. With strong enough Faith, the Sister of Battle will transform into Embodied Saint form and gain access to a wide array of unique abilities, feared across the entire Caligari Sector.

The ‘SORORITAS’ DLC is arriving in 2022, first on PC, and later on consoles.