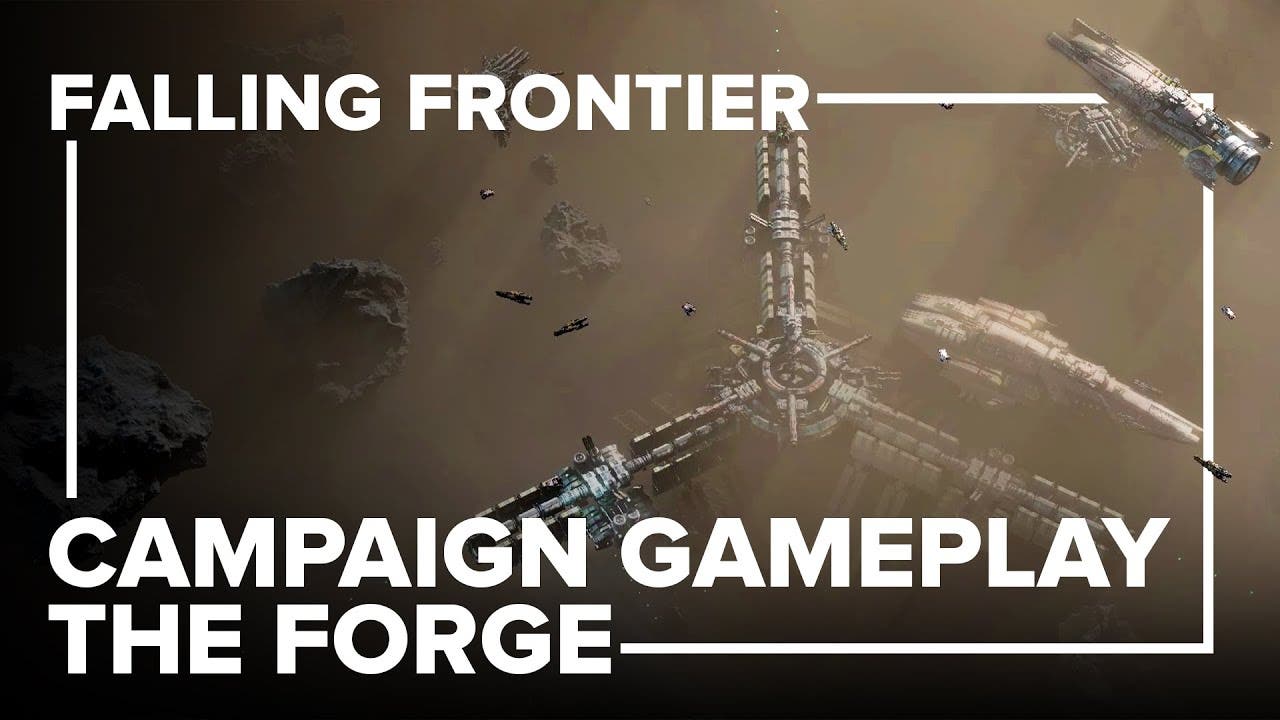 DALLAS – 20nd December 2021 – Hooded Horse and Stutter Fox Studios have released the first gameplay reveal of Falling Frontier’s “Titan Rising” storyline campaign, with a 12-minute look at the first mission of the campaign.

The storyline campaign opens as the decades-long cold war between Mars and Titan is heating up, with the resulting conflict playing out over  the first of three story acts of Falling Frontier’s campaign. The 12-minute footage depicts the tutorial with the player’s flotilla recently  returned from a diplomatic mission to Jupiter’s moon Ganymede, and headed to Anders Station — a resupply waypoint hidden among the  billowing clouds of the asteroid cluster known as The Forge.

“Falling Frontier’s first act will be a handcrafted experience, while the second and third campaign acts will contain procedurally generated  systems with secondary and tertiary objectives, ensuring that no two playthroughs are alike,” said Todd D’Arcy, the solo developer behind  Stutter Fox Studios and Falling Frontier. “Players will have complete freedom in uniquely generated star systems, and actions like establishing  small operations or destroying non-combatant bases to cripple the enemy’s supply can and will affect the player’s standing with factions in the  system, changing the course of the campaign.”

The footage contains an extended look at the recently-added volumetric fog system, used in nebulas and planetary rings. More than an aesthetic  touch, ships can hide among the fog, which allows them to conduct ambushes but also affects the performance of sensors as they interact with  the gas particles. Using such tactics also has dangers, including increasing the efficiency of the new depth charge weapons, drawing from the  experience and atmosphere of naval warfare. Moreover, it adds a further sense of exploration to the game, with the player needing to work  their way through the clouds and be on guard for hidden ships at every turn.

Falling Frontier can be wishlisted on Steam and GOG.