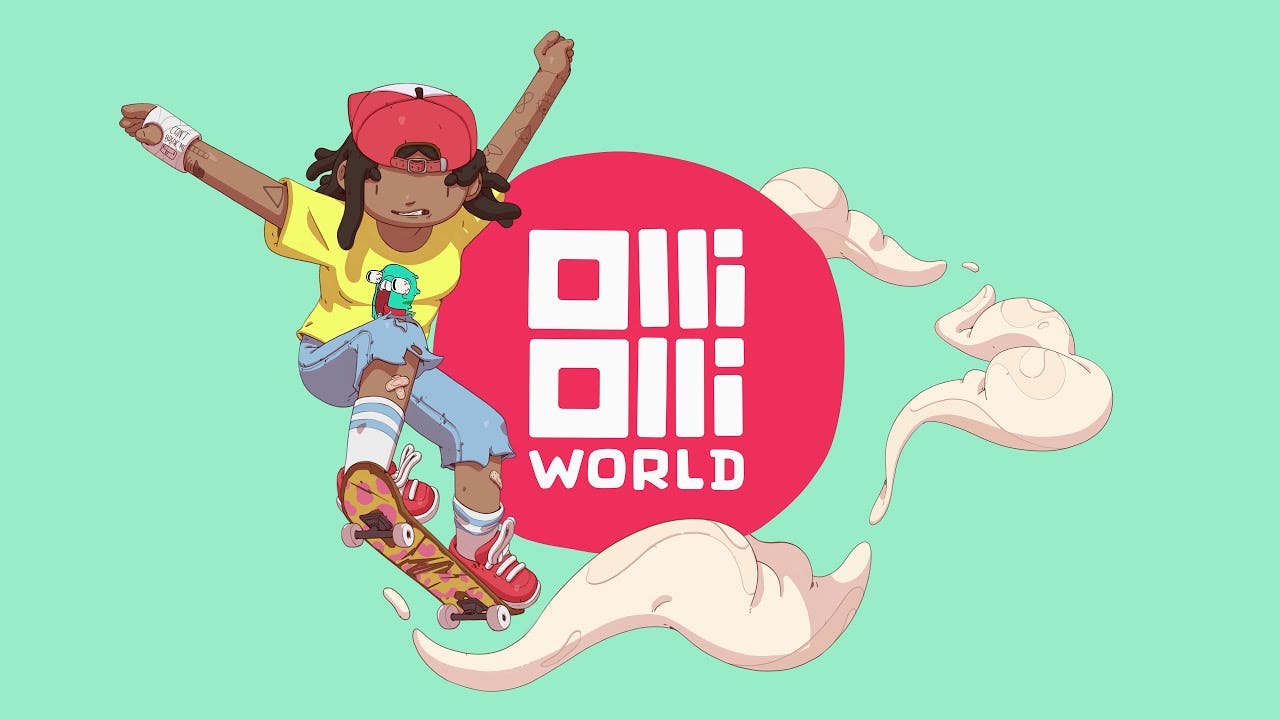 It’s time to enter Radlandia as OlliOlli World is available now on PC, Xbox, and PlayStation

New York, NY – February 8, 2022 – Private Division and Roll7 are proud to announce that OlliOlli World is now available digitally for the Nintendo Switch™, PlayStation®5 and PlayStation®4, the Xbox Series X|S and Xbox One consoles, and PC via Steam. OlliOlli World has already earned significant critical praise:

“Roll7 has improved on every aspect of the OlliOlli franchise” – GameSpot, 9 out of 10

“OlliOlli World has immaculate vibes” – GamesRadar+, 4.5 out of 5

The acclaimed skateboarding action-platformer, developed by the BAFTA and multi-award-winning studio Roll7, marks a bold new direction for the beloved OlliOlli franchise. In OlliOlli World, players flip and flow through a vivid, colorful world of Radlandia as they search for the mystical skate gods on a quest for Gnarvana. OlliOlli World’s signature flow-state gameplay represents that perfect balance between focus and relaxation, while super tight controls ensure a silky-smooth ride. The delightful and weird Radlandia welcomes new players with open arms, inviting them to tear down streets without fear of faceplanting and pull off epic tricks which are gradually taught over a journey across the game’s varied bizarre zones.

“OlliOlli World lives and breathes the diversity, freedom, and fun that is essential to skateboarding,” said Simon Bennett, Co-Studio Head at Roll7. “Because the notion of inclusiveness and expressivity is so intimately connected with skateboarding, we wanted Radlandia to be a welcoming place for everyone.”

There are plenty of opportunities for player expression in OlliOlli World – the title comes with diverse and rich customization options, allowing players to be whoever they want to be. Players can also select and unlock a wide variety of poses, skate tricks, apparel, and equipment to further emphasize their own unique style.

In addition to the single-player campaign, OlliOlli World includes two asynchronous multiplayer modes: Gnarvana League and Gnarvana Portal. The Gnarvana League is designed for those who love a daily challenge and want to prove their skate mastery. League pit players against contenders with similar skills to compete for the highest score. As rivals advance through the ranks, they get their hands (and feet) on new character items including boards, wheels, and more. In Portal, players can generate original levels based on a selection of parameters like style, difficulty, and length. Each creation comes with a unique, virtual 8-digit Postcode which can be shared with anyone around the globe, enabling players to compete for the highest score against each other cross-platform.

OlliOlli World is available now digitally on Nintendo Switch™, PlayStation®5 and PlayStation®4, the Xbox Series XIS and Xbox One consoles, and PC via Steam for $29.99. Players can also purchase OlliOlli World Rad Edition, a deluxe version of the game, available for $44.99. The Rad Edition includes the base game, both of OlliOlli World’s forthcoming expansions and the “Close Encounter Skate Deck” digital cosmetic item.

OlliOlli World marks the third entry in the beloved OlliOlli series from Roll7, the London-based studio famous for re-defining genres and creating remarkable games like OlliOlli, OlliOlli 2: Welcome to Olliwood, Laser League, and NOT A HERO. Roll7 is a wholly-owned studio of Private Division and Take-Two Interactive Software.