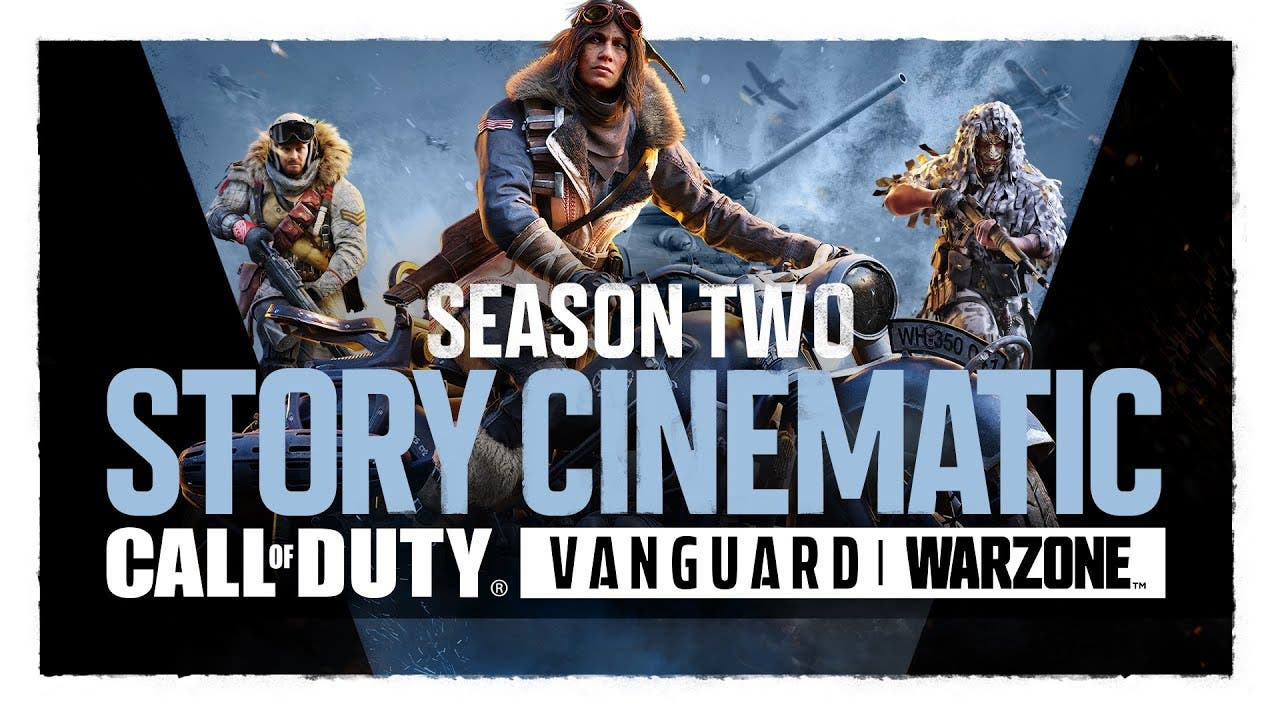 Story cinematic drops ahead of Season Two for Call of Duty: Vanguard and Warzone

Get ready for a massive free content drop on February 14th, when Call of Duty: Vanguard and Warzone kick off Season Two! The latest season of free and additional content brings armored war machines and chemical weapons to bring global conflict to a new level. Join Captain Butcher and Task Force Yeti in discovering the greatest threat to the world: Nebula V. Eradicate or harness this weapon in Warzone, prove your elite skills in Vanguard Multiplayer, or enter all-new areas in the Dark Aether to face a deceptive force in Zombies. Once both Vanguard (Feb 10 @9am PT) and Warzone (Feb 14 @9am PT) updates are downloaded, fans can enjoy double XP across both games to celebrate the launch of the new season.

…and SO MUCH MORE! Check out the detailed Call of Duty blog post about Season Two: https://www.callofduty.com/blog/2022/02/call-of-duty-vanguard-warzone-season-two-multiplayer-zombies

Stay tuned for a deeper look at Task Force Yeti, Battle Pass Intel, Guides and a deeper dive into key additions to Warzone and the new Multiplayer maps.