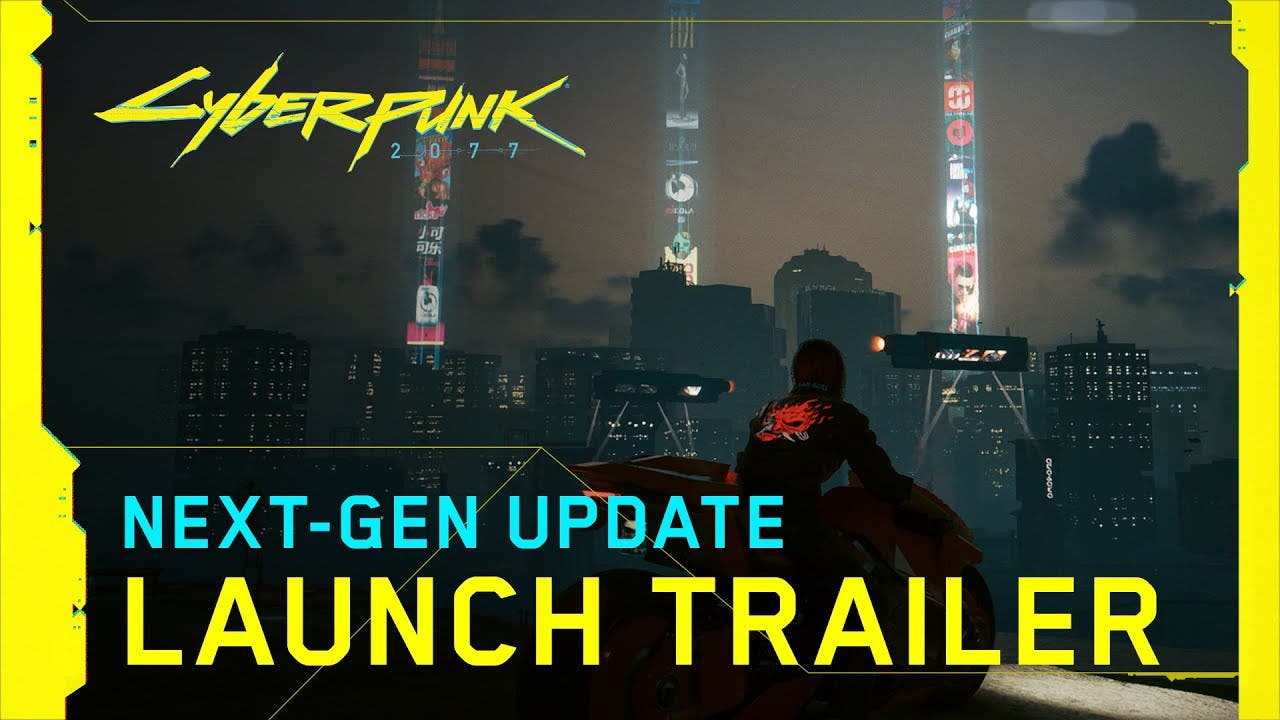 Cyberpunk 2077 receives massive Update 1.5 for all platforms, including the long-awaited Next-Gen Update today

With Patch 1.5 — Next-Generation Update, Cyberpunk 2077 takes advantage of the additional power of the newest generation of console hardware, allowing for ray tracing features and 4K with dynamic scaling on Xbox Series X and PlayStation 5, faster loading times, and a variety of other visual and technical improvements. On PlayStation 5, the game will additionally utilize the DualSense controller’s adaptive triggers and haptic feedback functionalities.

The studio has released two gameplay footage videos from Xbox Series X and PlayStation 5. Players wishing to try out the game before purchase can do so courtesy of a free, time-limited next-gen trial available on Xbox Series X|S and PlayStation 5. The trial will be available for 30 days, until March 15th, 5 PM CET, and will allow players the option of continuing their adventure after purchase. Similarly, those who started their walkthrough on Xbox One and PlayStation 4 will be able to transfer their saved game states to the respective next-gen version. Details regarding the transfer process can be found on the update website.

The new update also comes equipped with a host of changes and improvements across all versions of Cyberpunk 2077. These range from further performance and stability optimizations, to tweaks to gameplay and economy, the open world of the game, map usage, along with new interactions for relationships and an overhauled Fixer system. Furthermore, new pieces of free additional content have also been introduced, including rentable apartments, new gear, character customization options, and more. Details regarding the new content are available here.

Following the release of Patch 1.5 — Next-Generation Update, Cyberpunk 2077 is now available Xbox Series X|S and PlayStation 5 as a free upgrade for current owners of the Xbox One and PlayStation 4 versions, as well as a standalone digital purchase. The game, along with Patch 1.5, is also available on Xbox One, PlayStation 4, Stadia, and PC.

For more information regarding the game, please visit cyberpunk.net.