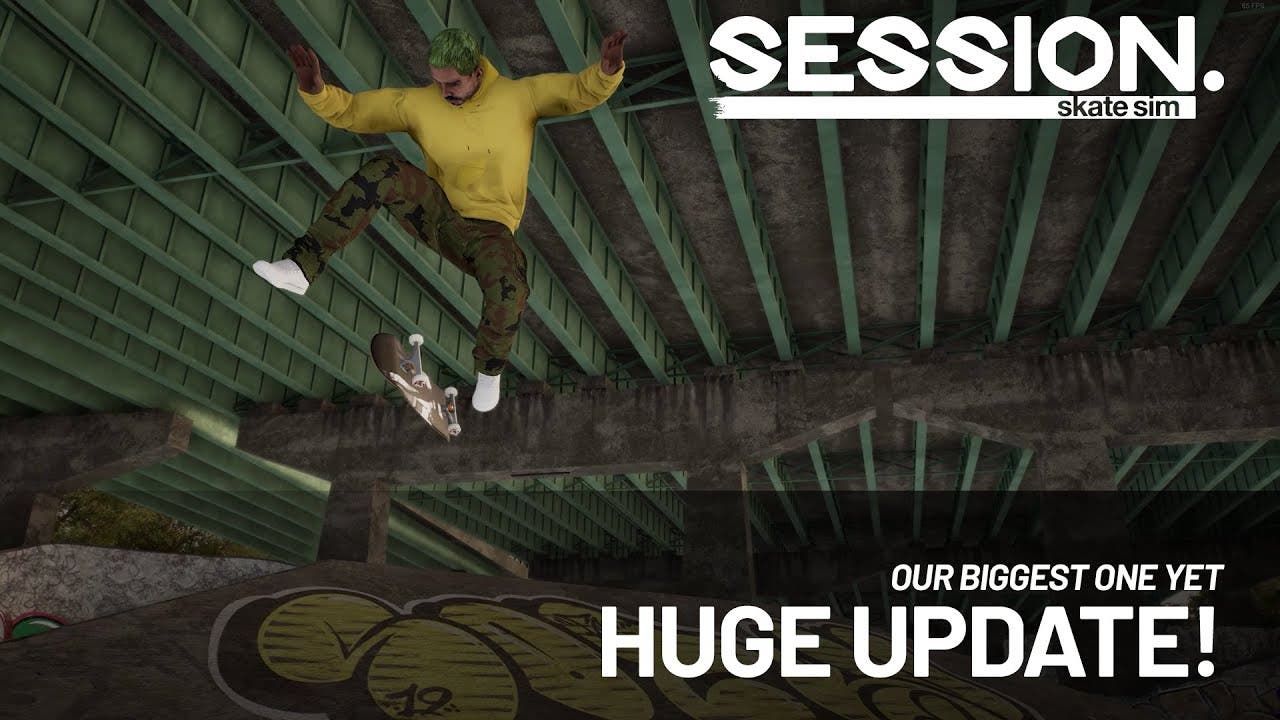 Lesquin, France, February 21, 2022 – NACON and Crea-ture Studios are pleased to announce a new update for Session: Skate Sim. The game – which is available in Early Access on Steam, the Xbox Game Preview program and the Epic Games Store – is taking a major step forward by adding a wide range of new features and improvements, further reinforcing its status as the benchmark for skateboarding simulations.

The developers have been working hard over the last few months to provide the community with the new features and improvements fans have been waiting for. For several years now, the hardworking and enthusiastic team at Crea-ture Studios in Montreal has been working towards their dream: creating a simulation that captures the spirit and reality of skateboarding. The dream has gradually become reality thanks to the team’s hard work, NACON’s support, and ongoing discussions with the fan community. Over 200,000 players are providing their feedback to the team every day. Based on this feedback, the team decided to push the update back a few months so the requested improvements and new content could be integrated.

Building blocks are finally getting together and shape up into the vision we always had about this game. Players managed to exploit the early days of our game’s physics with success, and we can’t wait to see what they will now be able to unlock creatively with this new advanced version. We, at Crea-ture Studios are all extremely grateful for their support and really excited to share this update with them all.” Says Marc-André, co-founder of Crea-ture Studios.

This update improves the entire game experience. This includes the character physics, which have been overhauled so that their movements are even more like those of real skateboarders. Combined with Full Body IK (Inverse Kinematics), the animation realism has been fully optimized. The interaction between the board and skateboarder has also been significantly improved to feel more fluid and more like real skating.

The game’s open world, which was already extensive, has been expanded with two of the best locations in the world: Jerome Avenue Banks in New York City and FDR Park in Philadelphia. The cities are also now alive with pedestrians and street activity, which further increases the in-game immersion.

Players can explore every corner of these maps as one of the five new skateboarders that have been added: Antiferg, Mark Appleyard, Billy Marks, Manny Santiago and Beagle. This brings the total number of skateboarders to nine.

Four new customizable characters have also been added to the game. In addition to the avatar, players can choose their favorite clothes and brands. Madrid Skateboards, ThankYou Skateboards and Sugar Skate Co. are just a few examples of the iconic brands featured in the game.

For those who like to set themselves challenges, a new mode has been added to improve the game experience. By visiting different neighborhoods in the Big Apple and Philadelphia, the player can meet other skateboarders to gain access to different missions. Successfully completing new tricks earns street cred and improves reputation with sponsors.

Session invites players to dive into the genuine 1990s skateboarding way of life, when each stretch of pavement and each stairway was a great location for your favorite tricks. The game’s ultra-realistic physics bring the sensations of skateboarding to life, and the studio has even integrated ground-breaking gameplay, a first in a skateboarding game: the “True Stance Stick“, where each foot is independently managed using the two sticks. With a learning curve that is just as demanding as in real life, players have to practice how to control their board and pull off all the different stunts available in the game, from the simplest to the most complicated. The integrated editing tool lets each player immortalize their greatest achievements on video.

Now players can find the following in the game:

More content will be revealed later this month, with the next game update.