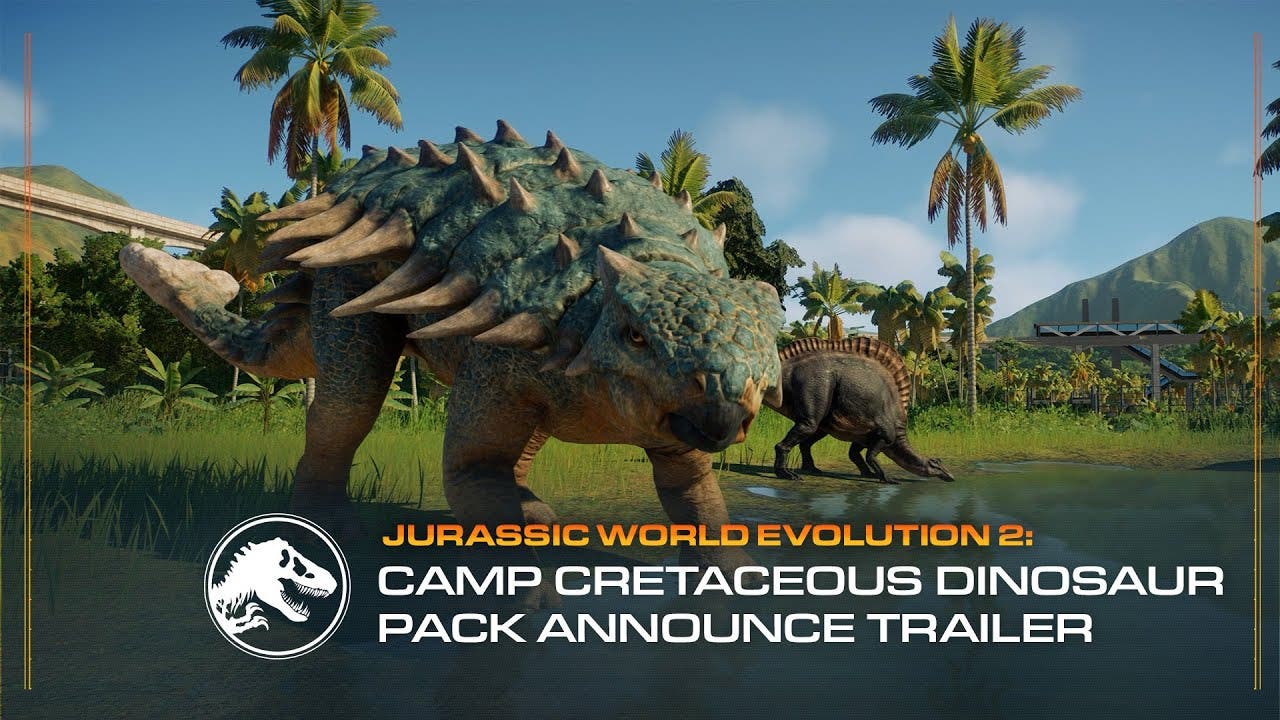 One of Dr. Henry Wu’s first hybrid creations, the Scorpios rex, is a fearsome carnivore. Blood-red eyes, charcoal-black scales, prominent spikes, and jagged, uneven teeth characterize this impressive species. Known for its aggressive nature, it was originally deemed unfit for display to guests and is bound to draw in the crowds.

Named for the single crest adorning its skull, the Monolophosaurus is a medium-sized carnivore from the mid-Jurassic period with razor-sharp teeth and claws. The Monolophosaurus’ crest helps intensify its loud roars, aiding in communication. These new species, with their own dynamic behaviors and needs, bring exciting new challenges to players’ parks.

Also arriving with the pack are two captivating herbivore variants, which fans of Jurassic World: Camp Cretaceous will no doubt be familiar with: the Ouranosaurus, a peaceful, herd-dwelling herbivore with characteristic tall spines that are sure to capture the attention of park guests, and the Kentrosaurus, whose lethal-looking spikes are used only to defend this otherwise peaceful dinosaur.

The PDLC launches alongside a free update offering existing players a range of new features, such as: a Species Viewer, allowing players to view each species in even greater detail; First Person View, providing more ways to get up-close and personal with prehistoric species in their enclosures at guest height; new decoration items including individually placeable trees, perfect for budding park managers to add finishing touches; changes to sandbox mode content; plus a host of other exciting enhancements.