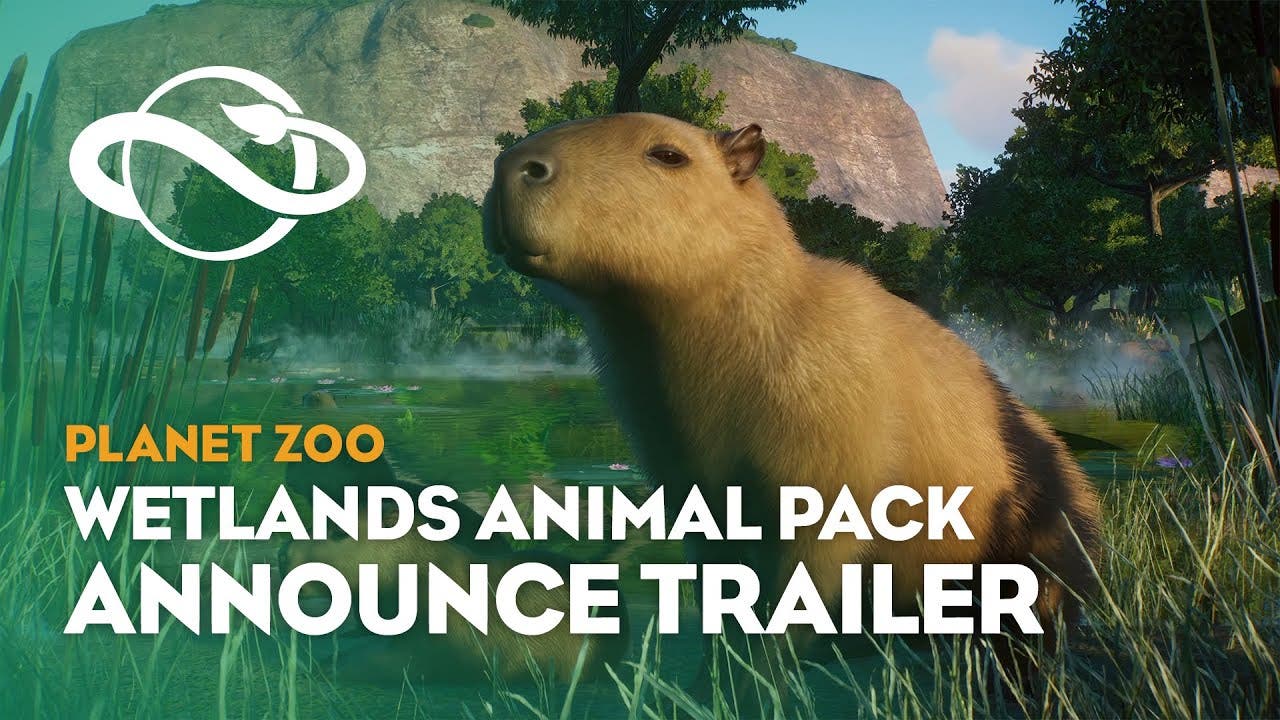 Cambridge, UK – March 29, 2022 Frontier Developments plc (AIM: FDEV) announced today a brand new expansion for the ultimate zoo simulation, Planet Zoo. Players can welcome wildlife from one of the richest habitats in the world with Planet Zoo: Wetlands Animal Pack, arriving on Steam on 12 April 2022 for a suggested retail price of $9.99.

Planet Zoo: Wetlands Animal Pack brings eight fascinating new species to the game. Introducing the endearing Capybara, which spends much of the day wallowing in nearby pools; the Platypus, with its duck-like bill and beaver-like tail; the Asian Small Clawed Otter, who moves gracefully through the water; the aptly-named Spectacled Caiman, whose eyes peep above the water as it basks; the Nile Lechwe, whose slender hooves have adapted to life on marshy floodplains; the Wild Water Buffalo, with its formidable horns; and the Red-Crowned Crane, whose mesmerizing mating dance is a marvel to behold. Finally, the Danube Crested Newt exhibit animal, with its distinctively jagged spine and unique spotted coloring, is certain to capture the attention of zoo guests.

Players can observe new animations as their Planet Zoo: Wetlands Animal Pack arrivals settle into their habitats. From the elegant deep-water hunting of the Asian Small Clawed Otter, to the relaxing bathing habits of the Capybara, these fascinating species have a unique relationship with their marshy surroundings.
Prospective zookeepers can also put their skills to the test with a thrilling new timed scenario set in the vibrant Brazilian Pantanal region, the world’s largest wetlands ecosystem. Players will be tasked with helping an animal sanctuary’s rescue efforts, adopting and caring for new arrivals. And don’t forget the guests, who players will need to educate and entertain to ensure the facility can truly thrive.

Alongside the pack, players will also enjoy a free base-game update, which brings with it a range of extras and enhancements, including roaming educator talks, a new ‘Explore Cam’ feature which allows players to experience their zoos at guest height, a color and transparency editor for exhibit water, and more.
For full details of the free update, check out https://www.planetzoogame.com/news/update-1-9-coming-to-planet-zoo-12-april.