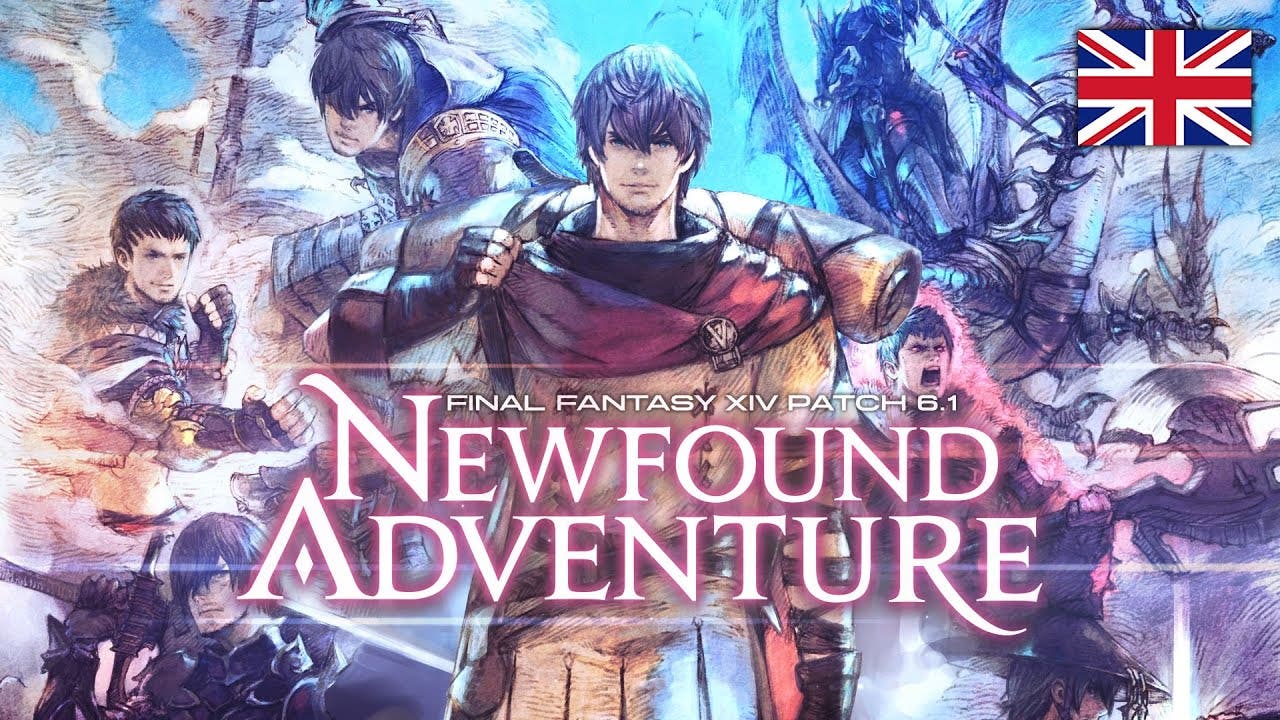 Go on a “Newfound Adventure” in Patch 6.1 for Endwalker in FINAL FANTASY XIV Online today

This latest patch beings a new story for the Warrior of Light while adding an array of new content alongside enhancements to support an approachable solo-play experience. These changes include adjustments to several low-level main scenario duties as well as the implementation of the new Duty Support System, which provides players with the ability to complete 4-player main scenario dungeons and trials from A Ream Reborn™ (2.0) alongside a party of NPCs. Major revisions to Cape Westwind and later duties have been made to further support an accessible, solo-play experience. The Duty Support System will also be expanded in future updates to support Patch 2.x content, as well as Heavensward™ expansion pack content and beyond.

Patch 6.1 also brings a variety of new in-game content for players to experience during their newfound adventures. Further details on this content are outlined below:

You can find the full details for Patch 6.1 in the patch notes at: https://sqex.to/p9Duo

Players can also look forward to more exciting content as the 6.1x patch updates continue, including:

For more information on all the content being added, visit the Patch 6.1 promotional site:
https://sqex.to/WNmob

The seasonal event Hatching-tide begins tomorrow, April 13 through April 27 with new in-game quests and exclusive rewards for players who participate. Players who participate in Hatching-tide can look forward to finding Jihli Aliapoh, who’s nearly hopping with excitement to discuss the miracle that is this year’s event. Anyone who manages to complete her quest will be able to get new in-game items, including the Hatching Bunny minion, Eat Egg emote, and the Eggsemplary Basket and the Hatching-tide Mobile housing décor items. For more information on Hatching-tide, visit the promotional site at: https://sqex.to/NZJnv

With more than 25 million total registered players, there has never been a better time for newcomers to begin their adventures in the critically acclaimed FINAL FANTASY XIV Online saga. The expanded Free Trial now includes all content from A Realm Reborn and the Heavensward expansion (and updates through Patch 3.56), as well as an additional playable race (Au Ra), and three additional playable jobs (Dark Knight, Astrologian, and Machinist). Free Trial players can enjoy hundreds of hours of award-winning gameplay and story experiences equivalent to two full FINAL FANTASY titles, without limit on playtime. More information is available: http://sqex.to/FFXIVFreeTrial