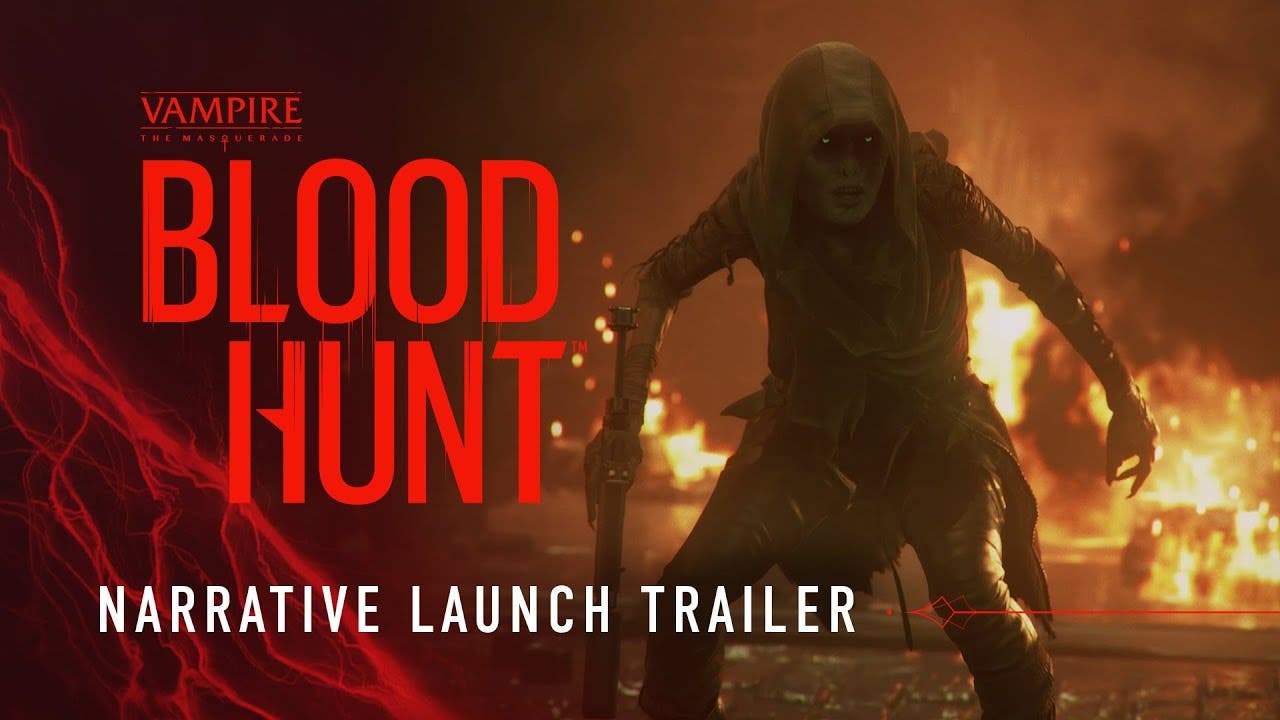 Free-to-play battle royale set in a rain-soaked Prague out today with Vampire: The Masquerade – Bloodhunt on PC and PlayStation 5

After a successful Early Access period in 2021, the bloodthirsty third-person action shooter, set in the Vampire: The Masquerade universe, launches into the first season today. In Bloodhunt players take to the streets of Prague’s old town for epic battles between ruthless vampires fighting to dominate the night armed with supernatural powers, weapons and their own cunning.

Bloodhunt’s Season 1 Battle Pass will be available from 29th April and will contain up to over 100 diverse items, XP Boosts and Tokens allowing players to further personalise their own deadly predator with never before seen attention to detail. The battlepass will be priced at around 9,99$ USD / 9.99€ EUR / 7.99£ GBP

As well as PlayStation 5 and PC via Steam, Sharkmob has teamed up with NVIDIA to bring Bloodhunt to the GeForce NOW service giving gamers instant access to GeForce PC performance on nearly any PC, Mac, SHIELD TV, Android device or Chromebook, without waiting for downloads. This service will be available shortly after release.

David Sirland, Producer for Bloodhunt said: “We’re so excited that players are able to jump back into the action after our invaluable Early Access period last year and see all the great additions our team has made to the game. We’re a very passionate team, committed deeply to the Vampire: The Masquerade universe and its lore as well as great gameplay and a truly thrilling and unique experience for players new to the world. We’re so happy to be sharing the full version with our great community and can’t wait to see what people think.”

Fredrik Rundqvist, CEO of Sharkmob added: “We are very proud of finally launching Bloodhunt! The team has done an incredible job and it’s quite a feat to be able to launch a game of this quality as your first studio release.”

Bloodhunt is a thrilling free-to-play battle royale game set in Prague consumed by a ruthless war between vampire clans. Use your supernatural powers to hunt and outsmart your rivals and Inquisition soldiers in this third-person action shooter. Gear up, feed on potent blood to grow in power, defy gravity to strike from anywhere, and dominate the night!

More about Bloodhunt on PlayStation 5