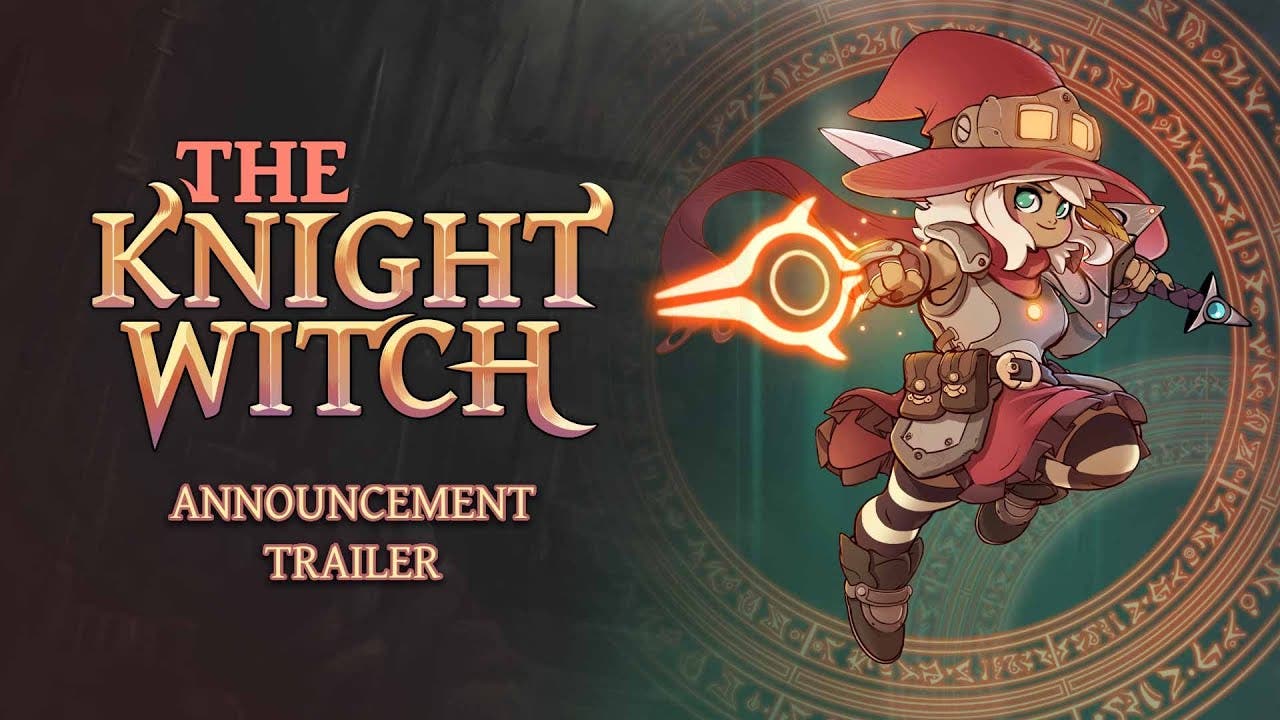 Thursday, 28th April 2022 – Team17 has today announced their partnership with Super Awesome Hyper Dimensional Mega Team (aka ‘Super Mega Team’) to publish upcoming Metroidvania, The Knight Witch. Combining fast-paced shoot ‘em up combat with Metroidvania traversal and exploration alongside a magic deckbuilding system, The Knight Witch takes players to the underground city of Dungeonidas. The once peaceful metropolis has been besieged by a mysterious threat and their unrelenting army of war golems. Here it falls to the protagonist – Rayne – to be named a Knight Witch and use her powers to fight back and save those she loves. The Knight Witch will launch on Nintendo Switch™, PlayStation®5, PlayStation 4, Xbox Series X|S, Xbox One, and PC in 2022.

With over 30 unique spell cards to choose from in a magic deck-building system, and Knight abilities to upgrade and improve, players can customise Rayne’s build to fit their playstyle, taking down the invading golems in the most effective way. Like other Knight Witches, Rayne thrives off the love and adoration of Dungeonidas’ citizens, growing ever stronger with their continued support – players can choose to capitalise on this, lying to the adoring denizens for their own means, or they can be honest, sharing the painful truth to the masses.

The Knight Witch is currently available to Wishlist on Steam. Keep up to date with all the information on The Knight Witch please like us on Facebook, follow us on Twitter and join us on Discord.