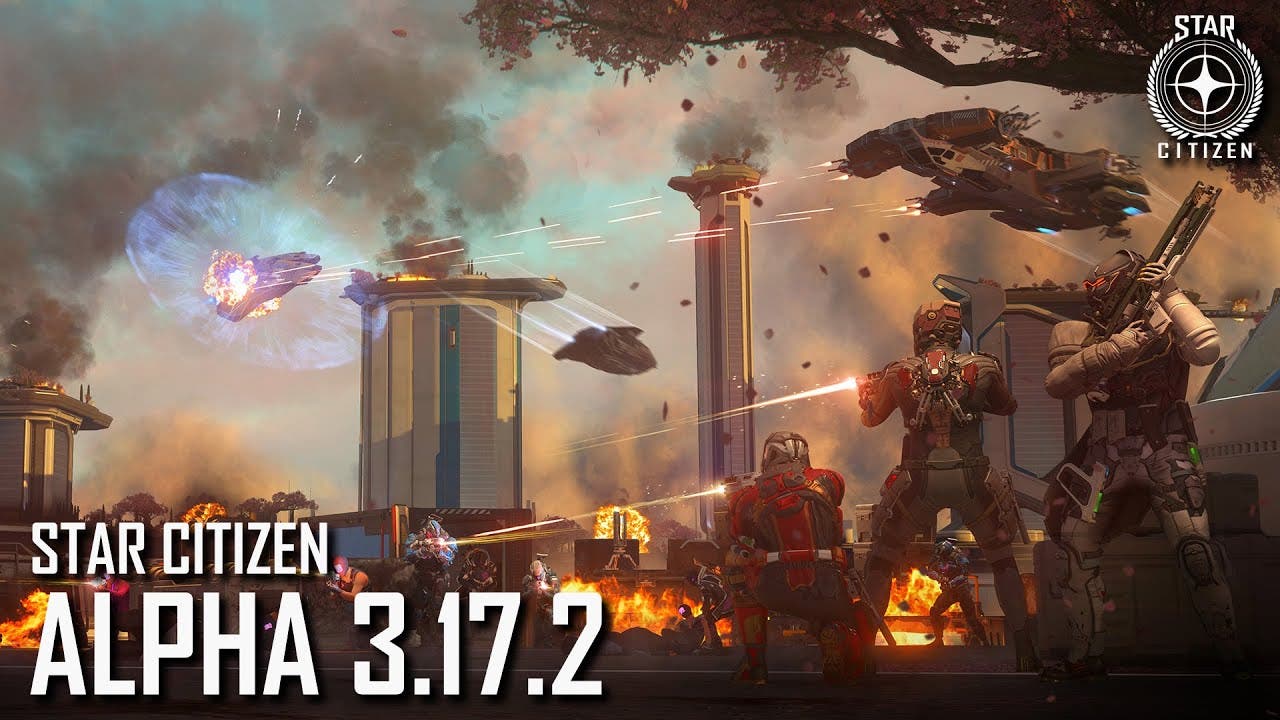 Siege of Orison is a dynamic event set in an entirely new location in the atmosphere of the Crusader gas giant. Players are invited to join the fight against Nine Tails pirate forces and engage in fast-paced FPS and vehicular combat to gain control of significant new floating platforms, requiring teamwork and creative strategies to achieve victory.

The update also introduces more solo-focused criminal activities with the addition of illegal delivery missions, which can be accessed once pilots have earned a reputation as a trustworthy business partner for outlaw factions. Illegal delivery missions provide greater rewards but come at higher risks including a greater chance of being interdicted by security forces while in-transit.

The first iteration of AI Planetary Nav Mesh has been completed and deployed in the Alpha 3.17.2 update, allowing NPCs to navigate planetary surfaces outside of major cities and even land ships to drop off other NPCs such as troop reinforcements to defend an outpost. Explorable derelicts in Star Citizen have also been expanded considerably with a new Reclaimer Point Of Interest (POI) on microTech, a new wreck-site in space including new mission types, and the introduction of five derelict colonial outposts throughout the Stanton system. These new missions and locations make use of the Planetary Nav Mesh, with derelicts having a chance of being occupied by hostile NPCs eager to defend their territory and the rewards hidden within.

For further information, including how to download and play Star Citizen, visit the official website. Enlist today and join this ever-expanding universe by visiting the game’s Welcome Hub and Guide System for tips on how to play. Keep up to date with Star Citizen development via the game’s Progress Tracker and roadmap. Millions of players from around the world have already joined to help CIG build the most ambitious game ever made. For continued updates, follow Star Citizen on Facebook, Instagram, Twitch, Twitter, and YouTube.