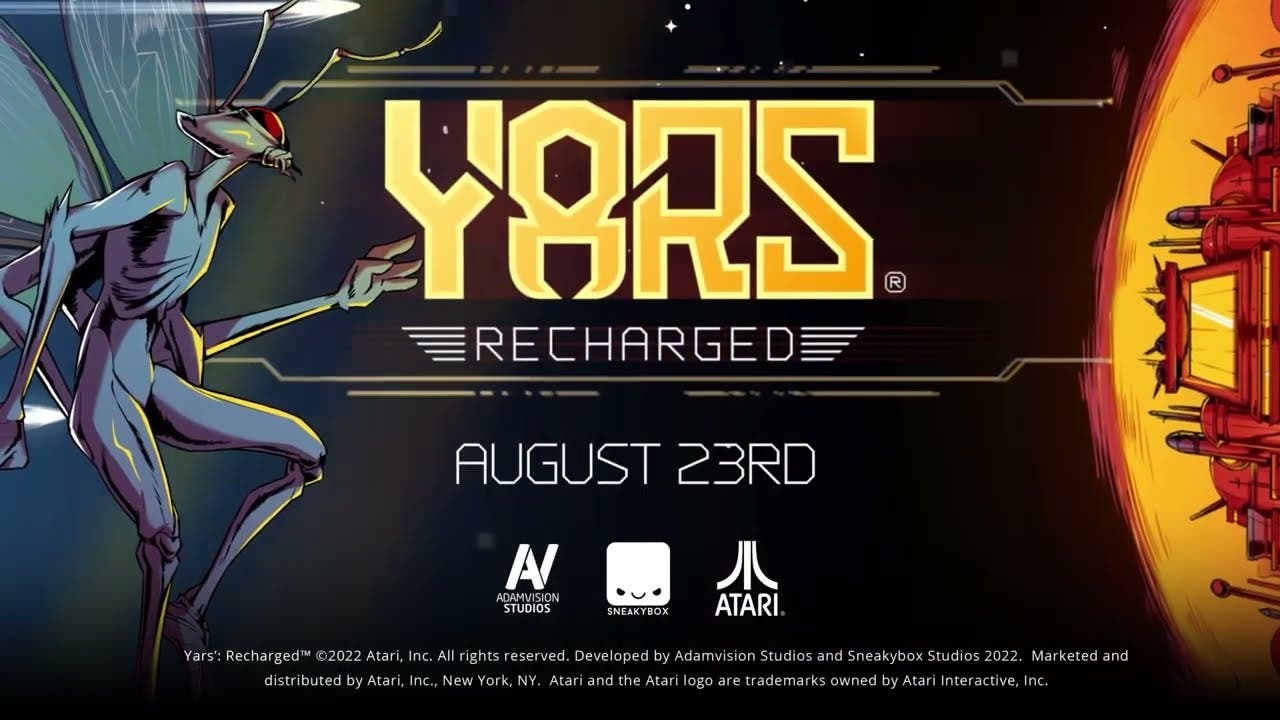 Yars: Recharged thrusts players to the center of a daring attack against the enemy homeworld, guarded by mechanical hives that pulse deadly cannons and emit flurries of swirling missiles.

Find pockets of safety amongst the hail of incoming fire, and then dart forward in daring forays to chip away at the enemy’s defenses.

Gather enough energy by destroying enemy shields to power up the massively destructive Zorlon cannon, and use its pulsing, searing blasts of cosmic energy to annihilate enemies.

Yars: Recharged challenges players to remain acutely aware of visual and audio cues that hint at impending danger, and master the smooth flying controls as they navigate increasingly complex levels.

Yars: Recharged and the entirety of the Atari Recharged series is made in collaboration with developers Adamvision Studios and SneakyBox. Award-winning artist and composer Megan McDuffee created the beat-heavy, pulsing original soundtrack. Yars: Recharged will be available on PS4, PS5, Xbox One, Xbox Series S|X, Switch, Atari VCS, Stadia, and PC via Steam and the Epic store on August 23, 2022.