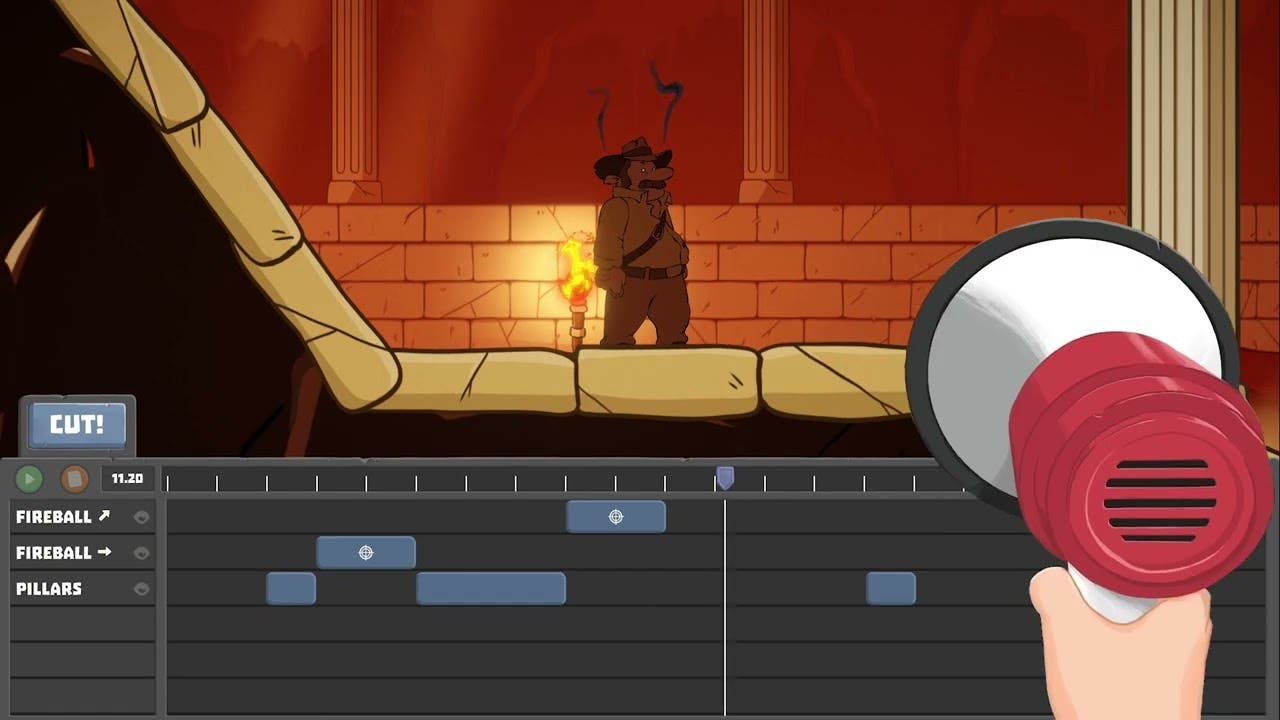 It’s a Wrap! is a 2D puzzler platformer that utilizes a timeline panel in editing, seems fitting that AMC Games is publishing

LYON, France (August 4th, 2022) – Developer Chanko Studios today announced that it has partnered with publisher AMC Games to release Chanko’s upcoming indie title, It’s a Wrap!, a 2D puzzle platformer inspired by classic action-adventure films of the 1980s. Alongside the publishing announcement, the partners revealed plans to exhibit a playable demo of It’s A Wrap! at BitSummit 2022 and released an action-packed gameplay trailer fit for the silver screen. 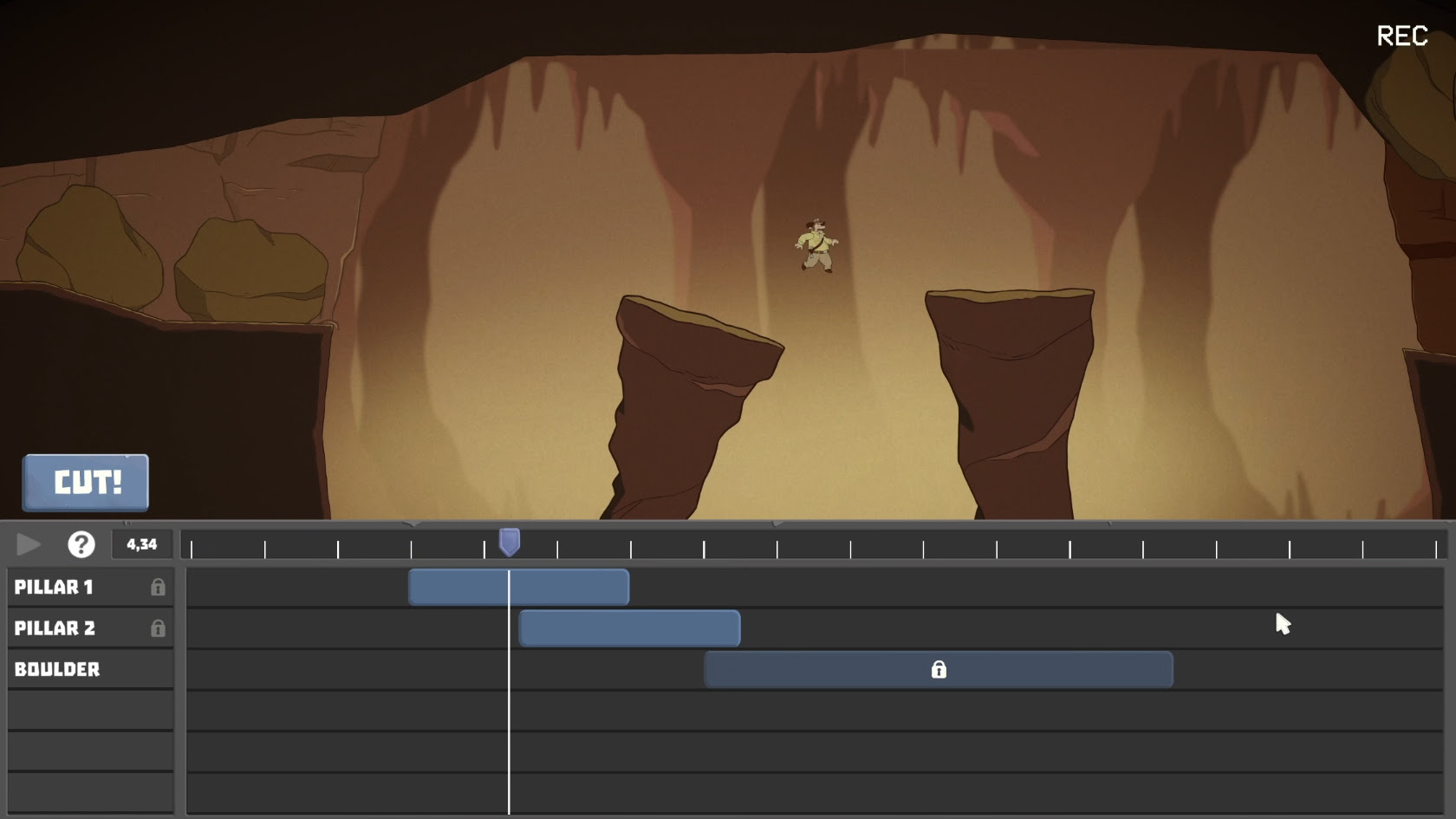 “It’s a Wrap! is our homage to the cinema of the 80s, mixed with our love for mind-boggling puzzles and quirky characters,” said Guillaume Bernard and Dominik Schwäger, Co-Founders of Chanko Studios. “We’re delighted to have the support and entertainment savvy of AMC Games as we introduce our passion project to audiences around the world.”

The freshly cut gameplay trailer reveals a combination of challenging puzzle-solving, satisfying 2D platforming, and heaps of 80s nostalgia. In It’s a Wrap! the player directs and stars in (low-budget) Hollywood films, where things on set just aren’t going as planned. As director, the player must skillfully maneuver the timing of actors, props, and special effects with a unique “timeline editing” interface; the main puzzle of each level is figuring out how to set up the perfect take before the action even begins. 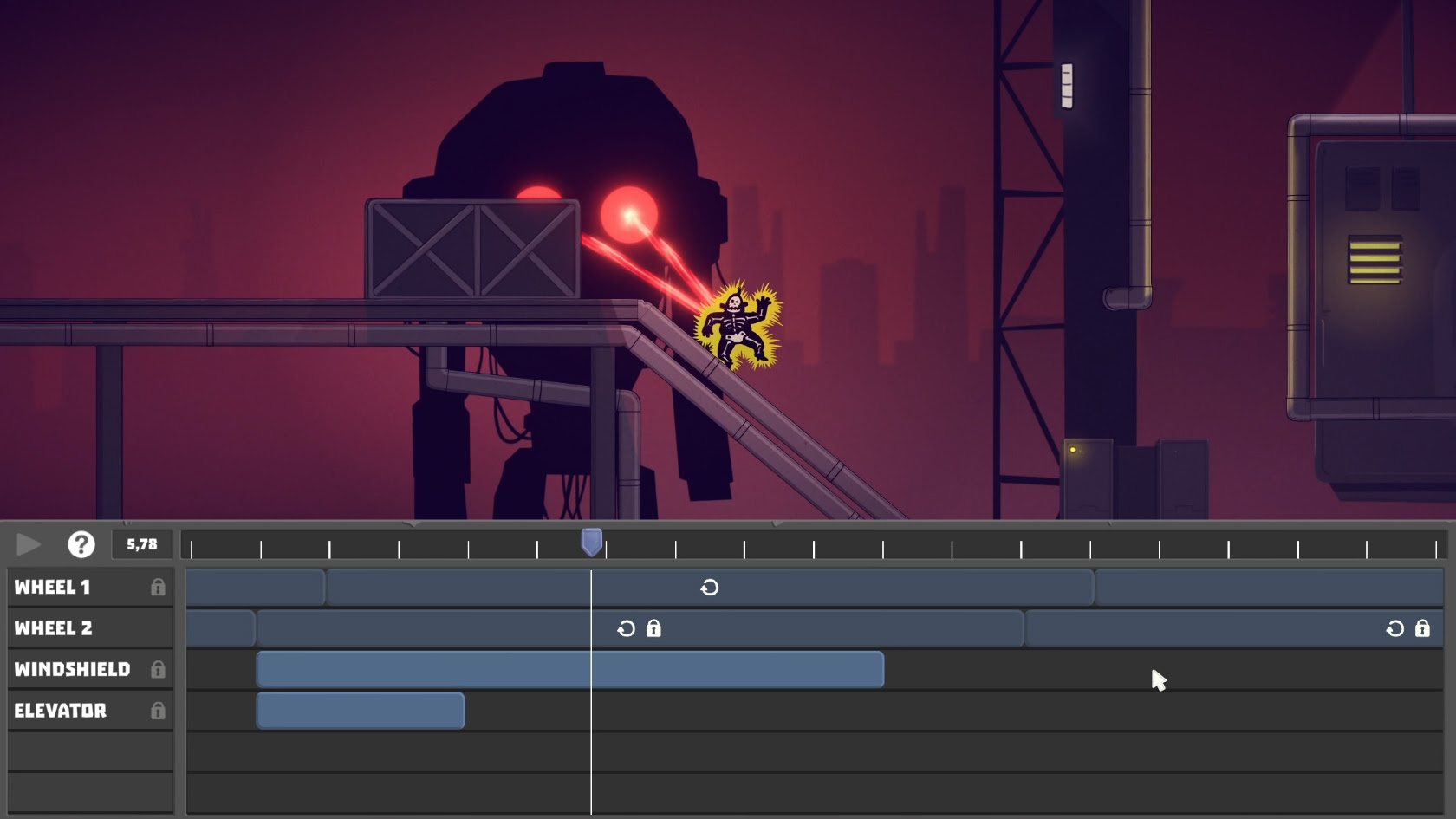 Then when cameras roll, the player takes control of film star Johnny Rush, guiding him through calamitous platforming runs and epic vehicular stunts… all while attempting to keep him in one piece. Most of the time, poor Johnny bites the dust in a cartoonish blaze of glory—but fear not! Movie magic lets the player rewind and reshoot until the scene is finally a wrap.

“Before AMC became synonymous with prestige television, the network was (and still is) a place to watch some of the biggest, best popcorn movies of every era,” said Clayton Neuman, Vice President of Games for AMC. “It’s a Wrap! is the perfect complement to that pedigree, a brilliant and sometimes brain-bending paean to the spirit of filmmaking that’s been pleasing audiences in droves for decades. We can’t wait to put our players in the director’s chair.” 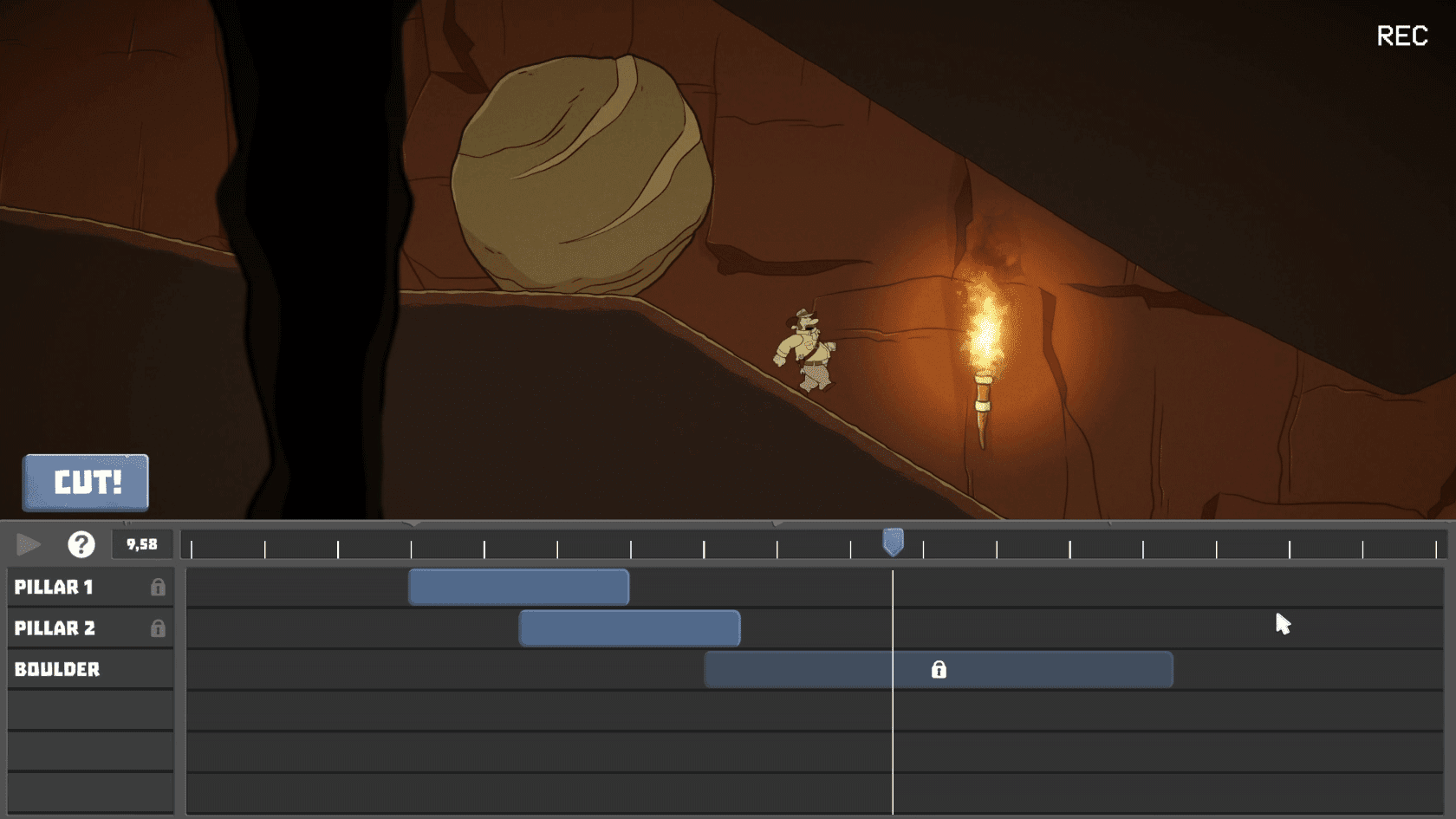 For players who can’t wait to catch their big break, the It’s a Wrap! demo is available now on Steam. For more information about this coming attraction, check out the Chanko Studios website, join the conversation on Discord or Twitter, or stop by the Chanko Studios booth at BitSummit this weekend in Kyoto, Japan.