Conan Exiles will be kicking off the Age of Sorcery alongside 3.0 Update on September 1st

Oslo, Norway – August 26, 2022 – The Age of Sorcery begins on September 1, letting players become corrupted sorcerers for the first time. To celebrate the milestone of this massive free update, Conan Exiles will be free to try on Steam from September 1-8 and on Xbox from September 8-11. With such a monumental addition, a huge feature requested by the community since launch, Funcom has updated the Conan Exiles key art to more accurately represent its identity in this new age of Sword & Sorcery.

The Age of Sorcery will allow you to sacrifice a portion of your life force to wield dark powers. This is insidious, creeping sorcery that requires both preparation and a pinch of madness, as opposed to fireballs and arcane missiles.

In addition to sorcery, a new attribute and perk system significantly expands choice when leveling your character, giving you choices between two perks at certain thresholds. Some attributes can also be infused with corruption to gain special perks.

Build faster and easier than ever before thanks to a brand-new building interface and the new Creative Mode. Explore improvements to followers, new dangers to survive in the wild, and a Battle Pass and item store brimming with cosmetics.

Age of Sorcery marks the first season in a new model for Conan Exiles. Each season will come with its own theme, free content and features, and paid Battle Passes.

A host of additional features and improvements wait to be discovered when the Age of Sorcery begins on September 1. With the game being free to try on Steam from September 1-8 and Xbox from September 8-11, there has never been a better time to take the first steps into the Exiled lands or invite friends and form a clan. 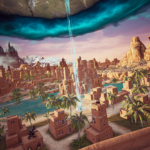 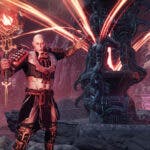 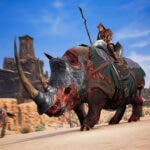 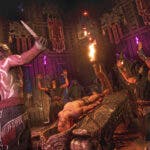 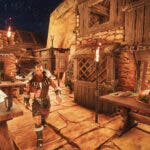 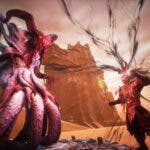 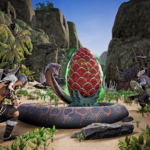