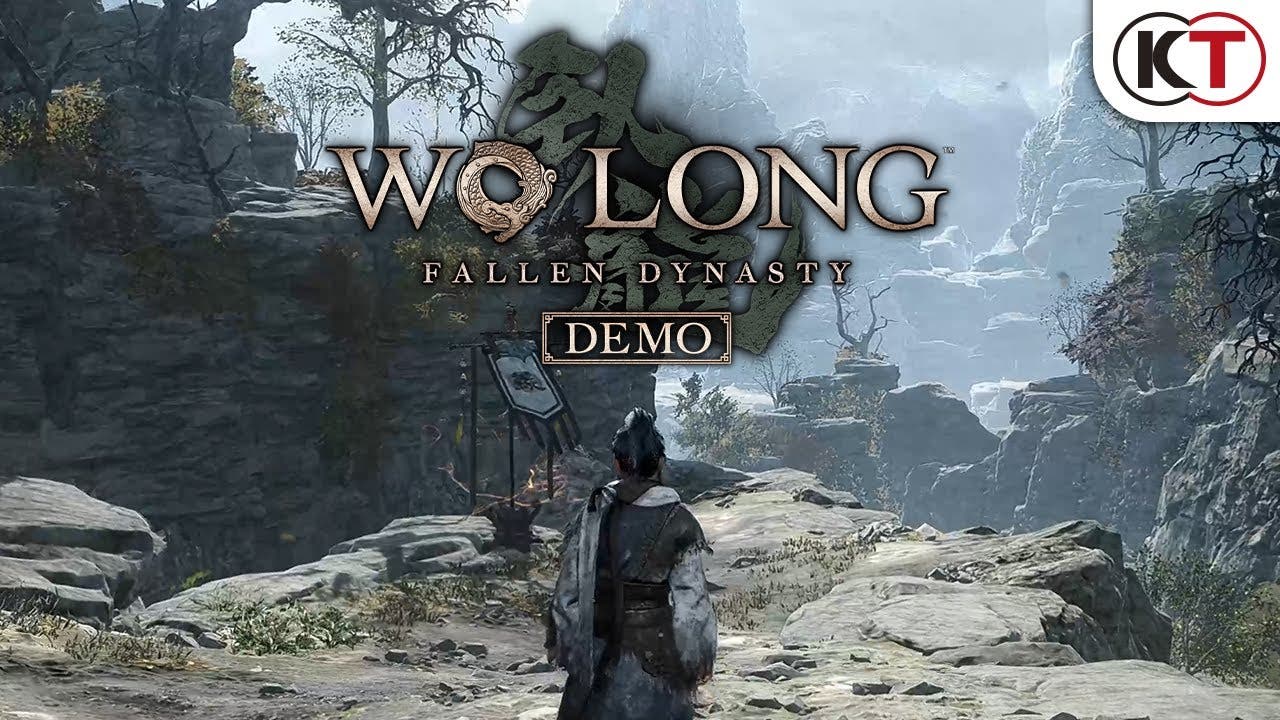 Wo Long: Fallen Dynasty gets a current-gen, console-only demo for the next week

BURLINGAME, Calif. – Sept. 16, 2022 – Today, KOEI TECMO America and developer Team NINJA released the demo to their latest masocore epic, Wo Long: Fallen Dynasty. The demo is available from Sept.16 at 4:00am PT through Sunday, Sept. 25 on Xbox Series X|S and PlayStation®5.

The action-packed demo features a glimpse inside a dark Three Kingdoms world gone mad and the chaotic struggle to save a once beloved land now infested by demons. Featuring swordplay ripped from the Chinese martial arts, the demo showcases the strategies and swiftness of battle, while also giving gamers a taste of online multiplayer, the character creator, and in-game abilities including vertical exploration and the importance of morale. As a bonus, anyone who clears the demo will earn the special item “Crouching Dragon Helmet”, which can be equipped and used in the main game upon release. A survey will also be made available via the demo in order to collect player feedback and help in the further development of the game. Those who participate in the survey will receive an original wallpaper.

In addition, Team NINJA has created a tutorial video to help gamers get started with the finer points of the masocore experience, including techniques needed to learn everything from basic counter attacks to wielding a variety of weapons.

To celebrate the demo’s release, a “Wo Long Highlights” Twitter campaign has also begun. Follow the official Twitter account (@WoLongOfficial), and post a gameplay highlight using the hashtag #WoLongDemoNA. Ten winners will be selected to receive an original Wo Long: Fallen Dynasty t-shirt.

Wo Long: Fallen Dynasty is scheduled to release in early 2023 on Xbox Series X|S, Xbox One, PlayStation®5, PlayStation®4, on PC via Windows and Steam®, and will be available day one with Xbox Game Pass on console and PC.

KOEI TECMO AMERICA CORP. is a publisher of interactive entertainment software for current generation consoles, handhelds and digital download content based in Burlingame, California. The company is a wholly owned subsidiary of KOEI TECMO HOLDINGS CO., LTD., headquartered in Yokohama, Japan. KOEI is best known for its Dynasty Warriors® and Samurai Warriors® franchises. TECMO is best known for the Dead or Alive®, Ninja Gaiden®, Tecmo Bowl®, and Fatal Frame® series.