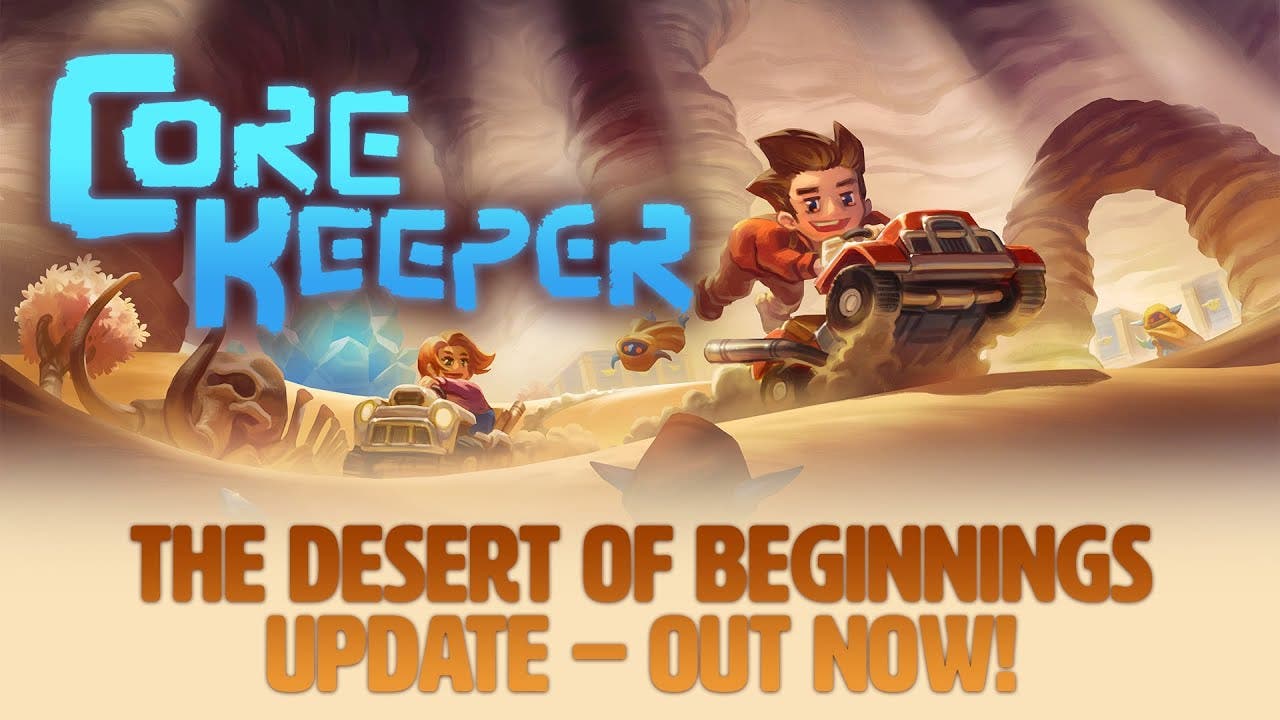 LONDON, UK – Nov. 10, 2022 – Core Keeper’s biggest content update yet, The Desert of Beginnings, is now available as a free download to all players, introducing more new content than ever before to the hit 1-8 player mining sandbox adventure.

Get behind the wheel and drift across desert sands in go-karts, a brand-new vehicle that allows players to race their friends and explore the world of Core Keeper like never before. Discover the glistening new Galaxite ore and wield powerful new weapons, including the Burnzooka, a projectile-based weapon that can pierce through enemies and destroy dirt, clay and stone walls in one hit, and spears, a brand-new weapon type that can be used to engage in longer-range melee combat.

A range of community-requested quality-of-life improvements have also been introduced with today’s update, including Steam Achievements, the ability to fish from boats and minecarts, improvements to recipes and the cooking pot, and the option to destroy, pick up and place a selection of larger world objects.

“We are so excited for players to get behind the wheel of our brand-new go-karts and experience the world of Core Keeper like never before,” said Sven Thole, COO and Lead Animator at Pugstorm. “The Desert of Beginnings is by far our biggest update for Core Keeper yet, with brand new locations to explore along with major new content and features. We have also gone back and introduced new content to some of our existing biomes as well, giving players another reason to revisit existing locations like The Dirt Biome and The Clay Caves. We really hope fans love everything we have waiting for them in The Desert of Beginnings.”

Core Keeper is a 1-8 player mining sandbox adventure set in an ancient cavern of creatures, treasures and trinkets, with over 1 million players having already started their journey underground. Mine relics and resources to build your base, craft new equipment and survive. Defeat giant monsters, discover hidden secrets, farm crops, go fishing, cook new recipes and explore a procedurally generated underground world to unravel the mystery of the ancient core.