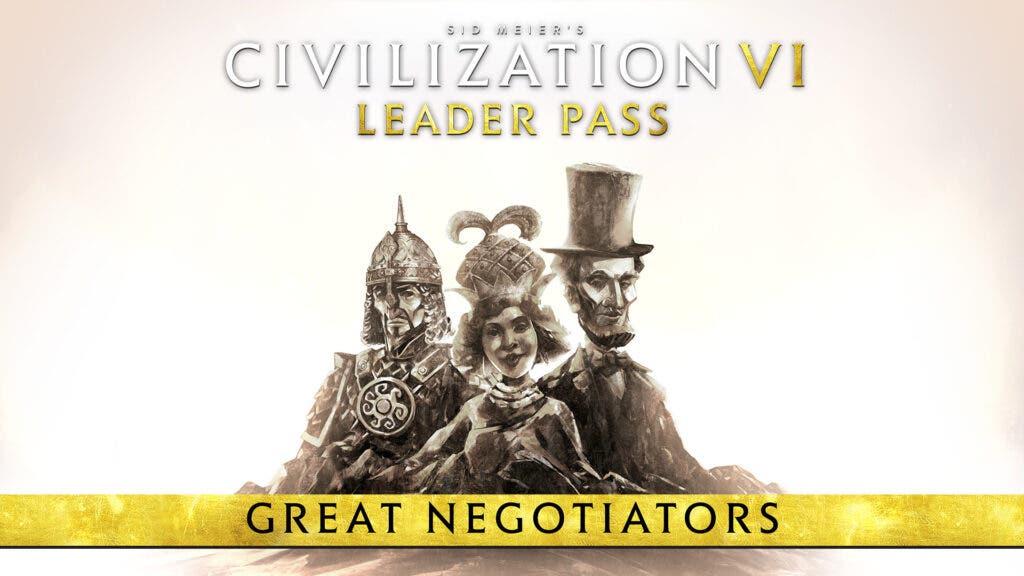 In the Great Negotiator’s Pack: Test your diplomacy skills with the Great Negotiators Pack, including Abraham Lincoln (United States), Queen Nzinga Mbande (Kongo), and Sultan Saladin (Arabia). Here are some specific details about the Leaders themselves:

Lincoln catapulted the United States into the industrial age and presided over the Union victory in the American Civil War. His new abilities speak to these accomplishments, as does his Preserver of the Union agenda, which results in him only liking Civilizations with the same form of Government.

Civilization VI: Leader Pass content will be delivered via six DLC packs scheduled for release from November 21, 2022 through March 2023* on Windows PC via Steam and Epic, MacOS via Steam and the Mac App Store, and iOS via the App Store. The first DLC, Great Negotiators Pack, will be scheduled to release next week on November 21, 2022. For more details on Civilization VI: Leader Pass, visit www.civilization.com.

* Estimated release dates, subject to change. Leader Pass content will be automatically delivered in-game as it is released