Valve, today announced the release of The Arms Deal Update for its tactical first-person shooter Counter-Strike: Global Offensive, which allows players to collect, buy, sell and trade decorated in-game weapons for the first time. The Update will also introduce weapon cases, which can be acquired through timed drops and opened by purchasing or trading for the appropriate key.

The Arms Deal Update will also actively support the CS:GO competitive community with the introduction of the eSports Weapon Case. A portion of the proceeds from sales of eSports Case Keys will go towards prize purses at competitive events. This update also adds two classic Counter-Strike: Source silenced weapons to the game in the form of the M4A1-S and USP-S.

CS:GO is the latest expansion of the team-based multiplayer Counter-Strike franchise. Since its initial release in Fall of 1999, Counter-Strike has become the number one played online action game, surpassing all commercial and noncommercial titles in its class. For more information about CS:GO and the Arms Deal Update please visit the Update Page at http://blog.counter-strike.net/armsdeal/ and the Arms Deal FAQ at http://blog.counter-strike.net/armsdeal/faq.php.

Valve, creators of best-selling game franchises (such as Counter-Strike, Half-Life, Left 4 Dead, Portal, and Team Fortress) and leading technologies (such as Steam and Source), today announced the release of “Operation Payback”, the first of an ongoing series of limited-time updates aimed at giving a well-earned financial reward to some of CS:GO’s most popular and prolific mapmakers.

Available from now until July 31st, 2013, “Operation Payback” is a collection of seven top-voted Counter-Strike: Global Offensive (CS:GO) community maps hosted on official servers and available to play with the purchase of a pass. Since its launch in February, the CS:GO Maps Workshop has amassed over 1,400 community-made maps. “Operation Payback” offers the CS:GO community a chance to play seven of the highest-voted Workshop Maps through the uninterrupted low-ping play of official servers – all while rewarding the makers of CS:GO’s top-rated virtual maps with real money. Buying a pass also lets players bring their friends along to any “Operation Payback” match. Contributors will also get to show off their support with a one-of-a-kind challenge coin, upgradable by playing and viewable wherever their avatars are shown. For a limited time players can buy a pass for only $2.99 (USD).

CS:GO is the latest expansion of the team-based multiplayer Counter-Strike franchise. Since its initial release in Fall of 1999, Counter-Strike has become the number one played online action game, surpassing all commercial and noncommercial titles in its class. For more information about CS:GO and “Operation Payback”, please visit http://blog.counter-strike.net/operationpayback/. For more information about the CS:GO Maps Workshop, please visit http://blog.counter-strike.net/workshop/.

Tactical Intervention, from Counter-Strike Co-Creator, is now in Open Beta 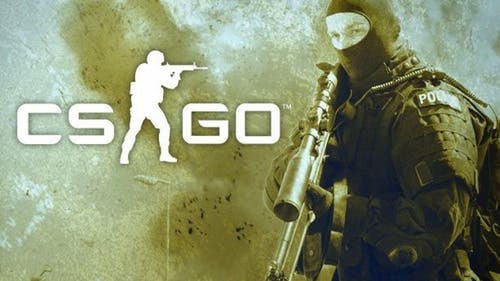 In the 13-year lifespan of the Counter-Strike series, it has been one of the most popular games on PC, namely the Steam platform exclusively. The four official releases following its mod status for Half-Life in 1999 helped set the world on fire with its unique elimination gameplay and unparalleled competition. Does Global Offensive re-ignite the spark that Source lost?