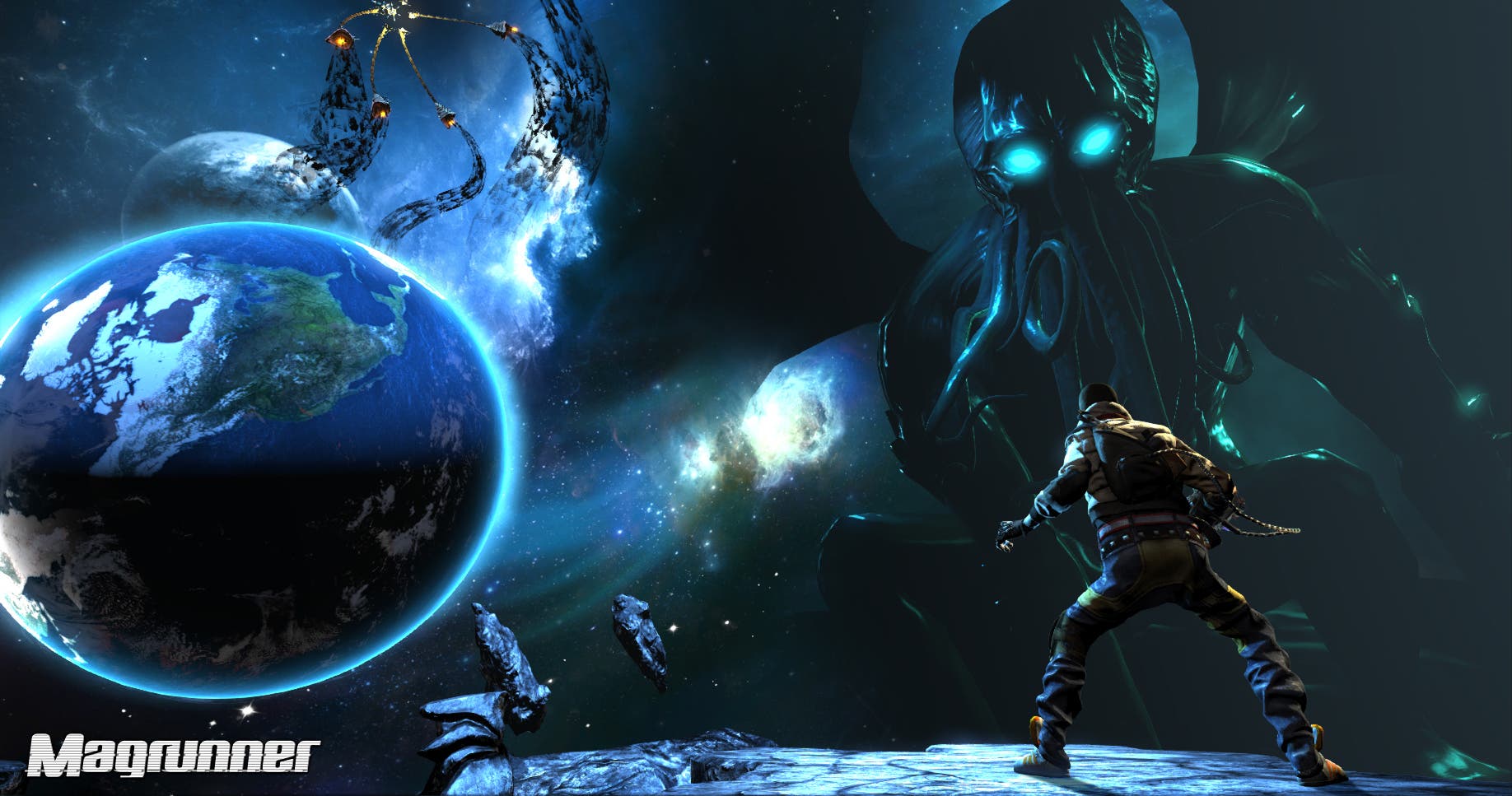 Magrunner Dark Pulse, the action/physics game for PC, Xbox LIVE and PlayStation Network, today unveils more through the very first video of the game featuring some of the puzzles and a verrrry quick look at some of the terrifying secrets waiting for you inside what seems to be an ordinary physics puzzle game.

In the near future, in 2050, a handful of young and brilliant citizens have been chosen by Gruckezber Corporation to join the Magtech training program for space exploration. Equipped with a special glove using Gruckezberg’s technology, the candidates have to solve their way through a huge maze of challenge rooms, by magnetically charging objects that will attract or repel each other. But when an earthquake disrupts the training program, what seemed to be the chance of a lifetime for the candidates will soon become a descent into folly and cosmic horror! In this video, plunge with Dax, the hero of the game, into a future where Technology confronts the Cthulhu Mythos!

Magrunner Dark Pulse, the action/reflection game developed by 3AM (Frogwares) for PC, Xbox LIVE and PlayStation Network, today celebrates the grand opening of its official website.

Magrunner sends us to the near future, where technology will confront the Cthulhu Mythos as imagined by the renowned author of fantasy novels, H. P. Lovecraft. The website of the game has also been optimized for smartphones and touch tablets, allowing players to access all the information about Magrunner, wherever they are.

The website contains absolutely everything players might want to know about Magrunner: details on its gameplay, its story, information about the protagonists, as well as many screenshots. New videos are also inbound, so keep an eye on the Media section of the website the weeks to come. Players will also be able to follow the newsfeed of the game in real-time: all the latest news, the activity surrounding the game on their favorite social networks, as well the developer’s Dev Blog, where they will release regularly exclusive information.

Magrunner will release on PC, Xbox LIVE and PlayStation Network.