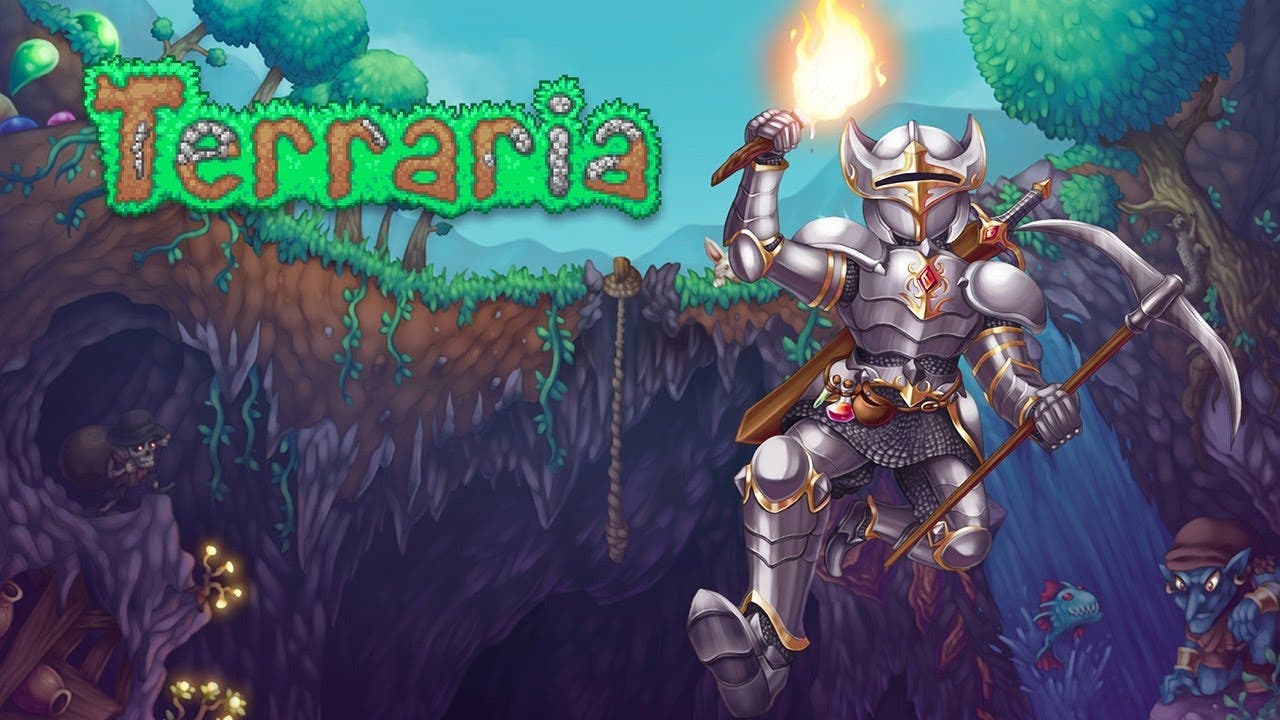 Terraria kicks off the year with version 1.4 as “Journey’s End” content update arrives on Switch

Terraria is now out for Android Devices

505 Games, a global publisher of video games, today announced the release of Terraria for Android devices.

Terraria is an indie sandbox adventure game with an emphasis on crafting and exploration set in vast and vibrant worlds. The game has received universal acclaim with millions of “Terrarians” embarking on their own adventures since the game’s release on PC, consoles and iOS devices. Gamers on the go will discover more than a dozen environments and face treacherous perils including over 75 twisted foes, magical creatures and villainous bosses.

Terraria out on consoles today! here’s a launch trailer

Terraria just released on both the XBLA and PSN today. 505 games and Re-Logic sent us this nifty new launch trailer to go along side the releases. Also later today, be on the lookout for my review of the game. Is it just as good as the PC version? Does the game pad work well with this game? When will I get a chance to eat a McRibb again? All those answers* and more get answered.

*I do not know when the McRibb will appear again nor is it answered in my review. For all I know it’s actually available right now.

In anticipation of the upcoming console release of TERRARIA, 505 Games has released several new screenshots featuring the multiplayer component.

TERRARIA’s multiplayer supports not only eight players online but also four-player local split screen as well as four-player via Xbox Live and PSN.

By Scott Ellison II (@Hawk_SE)
Let the block-building begin! 505 Games is proud to release an all new teaser trailer for the upcoming Xbox LIVE Arcade and PlayStation Network version of Terraria! Already a blockbuster hit for the PC, Terraria has received universal critical acclaim with over 1.6 millions players to date.

Terraria coming to XBLA and PSN

505 Games, a global publisher of video games, has announced today it will be bringing the independent block-building blockbusterTerraria to Xbox LIVE Arcade for the Xbox 360 video game and entertainment system from Microsoft and PlayStation Network.

Originally released in 2011 for the PC by creator/developer Andrew Spinks’ Re-logic studio, Terraria is a side-scrolling, action-adventure sandbox game with an emphasis on crafting and exploration set in vast and vibrant worlds.  Terraria has received universal, critical acclaim and 1.6 million “Terrarians” have struck out on their own adventures since release.

With a vast array of materials and items to collect, Terraria is far more than a mere block building game, players’ experience is limited only by their own imaginations, the world is theirs to shape and explore.

“The block-building genre has taken the world by storm and Terraria has garnered a massive following through its increased focus on adventure and discovery,” said Tim Woodley, head of Global Brand for 505 Games.  “We’re looking forward to bringing a hugely successful experience to a brand new console audience and we can’t wait for the existing Terraria fan base to experience all-new content.”

“I can’t say how excited I am to finally have Terraria come to Xbox 360 and the PlayStation 3 system!  To see it come so far is a complete shock, especially after such humble beginnings,” said Andrew Spinks, creator of Terraria.  “It’s always been my dream to have as many people as possible know and enjoy Terraria as much as I have and this is another big step in that direction.  It’s been awesome working with 505 Games and I can’t wait for everyone to see the additional features that they’ve been able to bring to this new edition of the game.”

I’m not in the habit of posting news for each time a game gets a new patch or update. However, I figured this would be a good way to begin discussing the game I’ve been spending a lot of my free time with. Last week, Steam had a Midweek Madness sale to get Terraria for $5. When the game first came out, I was a little interested. Comparisons were drawn that it was a 2D Minecraft game. I wasn’t sure I’d like crafting items as I didn’t in Minecraft. But the price was too good, so I got it for myself and convinced our own Ed Acosta to get it. It turns out this is a fantastic game that you absolutely must play. I prefer it to Minecraft and love the 2D look and feel. You can end up building your own Castlevania levels if you desire. You could even demolish and restore the world back to a clean slate if you had the time.