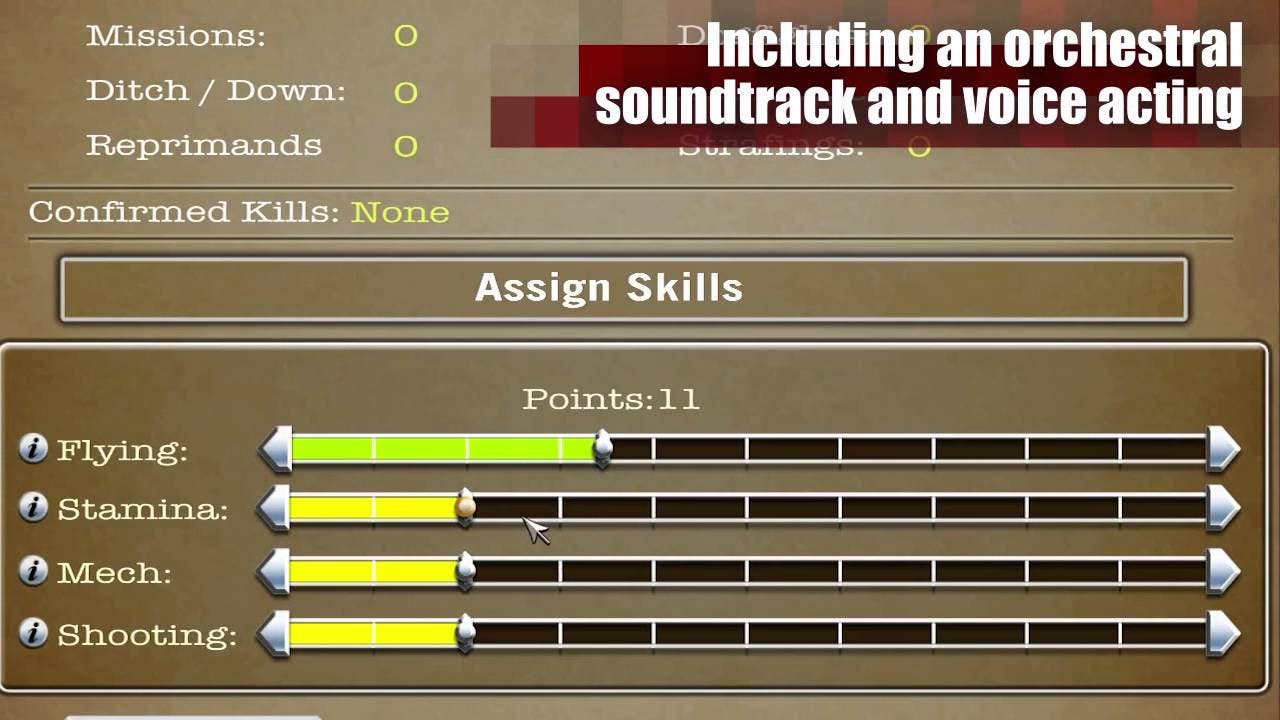 Wings! gets Remastered and is now on Steam

Just as it revolutionized gaming with “Wings” 22 years ago, the company is now bringing its unique vision to this innovative Kickstarter campaign. If the company achieves its funding goals, it will soar above simply resurrecting the classic game; Cinemaware plans a remake with new missions, new story elements, enhanced animations, art and sound and additional music tracks for an ultimate Director’s Cut edition. As thousands of fans have requested, the classic gameplay and game structure will remain largely unchanged. This will still be the Wings so many gamers know and love!

“ATTEN-TION! On your feet, gentlemen! Support the 56th – buy Wings pledges on Kickstarter and dash that bloody bastard Kaiser Bill to pieces where he stands!” ordered Colonel Farrah, spokesperson for Cinemaware. “No food, no rest, no sleep, men wounded and dead, poisonous gas, machine guns, shrapnel, a continuous barrage of a thousand cannons you say? Well stuff it ya bleedin’ ninnies! Just go out there and do as Waldo P. Barnstormer of the 56th Aerosquadron: win this bloody battle in the skies or die trying! Help him and his lads back in the cockpit for king, god and country! Give the Boche a good boot in the arse to remember you by! And in the doing, one of the most positively ripping games ever made will endure…”

There are a variety of pledge levels to fit every budget, but the incentives to dig a little deeper are sky high. A pledge of just $15 will get you the game, in-game credit and a set of “Wings: Director’s Cut” desktop wallpapers. True believers who pledge $10,000 will be treated to an acrobatic ride in a real, WWI-style double decker airplane and other cool, WWI-related tours! In between there are a ton of great rewards – T-shirts, posters, in-game credits, the chance to contribute to the game design and even a real-life replica of the Wings’ diary (as seen in the actual game)! Cinemaware has taken great care to create prizes which are unique and related to the great gameplaying experience of “Wings”.

Wings: Director’s Cut will be co-developed by Cinemaware in coordination with Raylight Games of Naples, Italy. Raylight are the original developers of “Wings” and “Speedball 2” for the Game Boy Advance, two great classic Amiga games. Ken Melville, one of the writers of and composer for the original game, will once again be deeply involved in the game’s production, writing and music composition.

“Keep the flame of Cinemaware burning bright by buying Wings’ pledges! Wings: Director’s Cut will have everything you loved about classic Cinemaware games: Great characters, immersive stories and seat-of-your-pants gaming,” enthused Melville. “You just grip it and rip it!”

As with most Kickstarter campaigns, Cinemaware will post regular updates about the progress of the project, including video updates, graphic and sound development, concept art and developer interviews. There will be a backers’ only forum where backers can contribute ideas and feedback directly to the game’s developers. Pledges will receive the game (DRM free) on the platform of their choice among many other potential rewards. The game is currently slated to release on PC, iOS, and Android in February 2013.