Last week, Gearbox Software gave us the release date: May 3rd, 2011 and a brand new trailer:

So why does Duke Nukem Forever still matter? It matters because it represents a lost art in videogames: action-driven fun. We never played Duke Nukem for the story, we played it for the action, the strippers, and all the toys. How many games can you think of where you can shrink an enemy, then step on him with your boot? Only one that I can name: Duke Nukem 3D. With current masterpieces like: Mass Effect 2, Uncharted 2, Red Dead Redemption, and the underappreciated Alan Wake – it’s hard to ignore how the games are driven by their storylines and gameplay. The sillyness that DN3D has wouldn’t carry over to a game like Mass Effect or Red Dead Redemption. We need games like Duke Nukem that are just run & gun fun. We need silly games again. Playing Duke Nukem Forever will instill a sense of a nostalgia for most of us. Others it’ll create a memory. It’ll invoke a 13-year old self playing the foul-mouthed Duke, spitting one-liners and laying waste to aliens. It was a different time in the 90’s, different kinds of games were out then. But kids and even some teens today need to know the name of Duke Nukem. He’s the ultimate action hero. 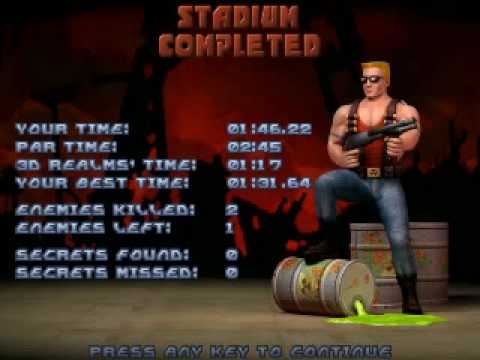 Duke Nukem Forever is a labor of love. Everyone who has worked on the game the past 14+ years has shown dedication. It wasn’t going to come out until it was done. And now it’s done, and it will come out. It’s not too late for the Duke, he is still relevant today as he was in the 90’s. It’s time for him to reclaim the throne.