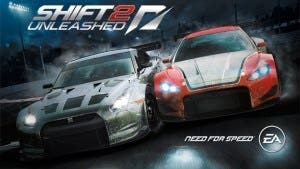 Shift 2 (presented by Need For Speed) has been a game which became a cut above the rest. It’s fully featured tuning system, the realistic physics and the exciting detail brought to you within the cockpit.

I haven’t been much of a simulation type racer, however Shift 2 gives a greater respect towards the simulation style gameplay. There is no comparison of the speed, handling, and feel between Shift 2 and its competitors which have been trying to keep the top spot in the simulation game field for years.

You start off in Shift 2 by doing a race to see what settings the game chooses for you, depending on your driving skills, whether or not you need ABS on, Traction control, essentially anything which may or may not help you progress smoothly through the game. Though the game may suggest the settings, by no means do you have to use them, you can adjust the settings at any time.

Once you get into the actual career mode, you are given a car, and you complete your races, gaining experience points, which help you level up. As you increase your levels, you also gain access to more races and game modes, including drifting, GT circuits, and more. The Speedhunters DLC pack gives you access to Drag Racing and the Standing mile, which of course are my two favorite game modes.

The visual customization of the cars in Shift 2 is quite similar to that in the original Shift title. Everything is simple, and there is no cost. You are limited, however, to the access in which you gain new customization options by the driver level you are currently on. Mostly though, all the good paint types are available early.

The performance customization takes on a whole new meaning in Shift 2, not only can you choose different upgrade parts for each car, you also have the ability to build it up to a ‘Works conversion’ package, which is a true racing setup. (Not usable in conjunction with Drag Racing upgrades though). You have multiple upgrades in each performance area of the game, from engine and suspension to aerodynamics and weight reduction. All tunable.

Once I had started playing on the standing mile and drag racing game modes, I found that the live tuning within the game was so much better than that of previous games. Each individual tweak can be noticed immediately and the load times to restart a race is very short. You can tune a car several times over within a couple minutes.
I managed to tune a car from 403km/h to 411km/h in only a few small tweaks, but found that the handling was so twitchy that even the slightest variation in your controller steering will spin the car out of control. Once you get the hang of tweaking your cars, you find what areas work better than others while you adjust for each mode.

The best part of the tuning setup, is that you can save to one specific track, or all tracks that you want, which makes it easier to have multiple setups on your car for all the different styles of tracks and racing modes that you are in.

I haven’t played the multi-player side of Shift 2, however, it is as much fun as a simulation racer can be with a bunch of friends. Best option though, have private races as there will be times where you are racing against some gamers who may simply choose to wreck rather than race.

Shift 2 is a great racing game. Though it’s simulation based, it can be fun for most gamers. The learning curve on the physics and handling is something to get used to but overall the game has quite a lot of entertainment value behind it.