The newest “Forza Motorsport 4” Car Pack, available for download starting Nov. 1 on Xbox LIVE Marketplace, features an eclectic mix of the world’s most stunning cars and is guaranteed to make you the envy of your Car Club. Available for 560 Microsoft Points, the pack offers some of the hottest new and classic cars from leading manufacturers, ranging from the iconic 1957 Chevrolet Bel Air to the 2012 Lamborghini Aventador LP700-4, which sports as much style as it does speed.

The November Speed Pack features 10 new cars that are just waiting to be tuned, painted and raced to the limit:

2012 Lamborghini Aventador LP700-4: The newest Bull in the Lamborghini stable has arrived: fans can take it for a spin in “Forza Motorsport 4” and experience what it’s like to whip past rivals at 200 miles per hour.

2012 Aston Martin Virage: Aston Martin’s newest coupe features a barking V12 that balances a perfect ratio of horsepower to torque to propel the Virage down the open road.

2011 Audi RS3 Sportback: The newest member of the Audi RennSport line boasts the same 2.5-liter turbocharged direct-injection five-cylinder found in the TT-RS, propelling it from 0 to 60 in only 4.6 seconds.

1957 Chevrolet Bel Air: A true automotive icon, the “57 Chevy” gained notoriety as a hot rod and is now one of the most recognizable American cars of all time.

1992 GMC Typhoon: The 280 horses on tap in the GMC Typhoon allow it to do things unthinkable for an SUV before its introduction.

2011 Volkswagen Scirocco R: The Scirocco R serves as the platform for race cars in the Scirocco R-Cup, which brings world famous drivers to the Hockenheim track each year. 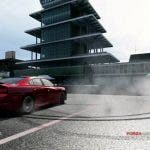 Hit the Road Today: “Forza Motorsport 4” is available in a Standard Edition ($59.99 U.S. ERP) and Limited Collector’s Edition ($79.99 U.S. ERP) and is rated “E” For Everyone by the ESRB. . The Limited Collector’s Edition offers exclusive content, including the “American Muscle” Car Pack, “Launch Bonus” Car Pack and “VIP” Car Pack, as well as additional downloadable content, and VIP membership status.