Prepare for takeoff!  On the heels of a successful beta, Microsoft Studios announced “Microsoft Flight” will be available to download worldwide for free starting February 29, 2012. In addition, the Hawaiian Adventure Pack, which includes the remaining Hawaiian Islands, a new plane and 20 new missions, will be available to purchase the same day for players looking to expand their horizons.

An entirely new PC game, “Microsoft Flight” lets players jump into the challenge, thrill, and wonder of flight with no special hardware or past experience. The game will be available to download from www.microsoftflight.com, with the option to purchase content packs, aircraft and other content from Games for Windows -LIVE. “There was an overwhelming demand for access to the ‘Microsoft Flight’ beta and the number of requests was far more than what we initially planned for,” said executive producer Joshua Howard. “We received amazing feedback from the beta participants and it’s great to see this level of excitement from fans as we move toward the release of ‘Microsoft Flight.”

Explore the Hawaii Islands From Above

In addition to exploring the Big Island of Hawaii for free, fans can unlock access to the skies over the remaining Hawaiian Islands by purchasing the Hawaiian Adventure Pack, the first in a series of expansions For “Microsoft Flight.” The entire island chain offers hundreds of miles to explore and includes stunning recreations of landmark features, from the breathtaking Waimea Canyon in Kaua’i to the high-rise hotels of Waikīkī. The Hawaiian Adventure pack includes new challenges and over 20 new missions that will test a player’s skill. It also includes the Vans RV-6A, a two-seat, single-engine, low-wing homebuilt airplane made famous for its speed and maneuverability. For more information on the Hawaiian Adventure Pack, including pricing, please visit: http://www.microsoftflight.com.

Players who sign in to “Microsoft Flight” using their Games for Windows – LIVE account will have the ability to purchase additional content for the game, including two new planes that offer entirely different flying experiences:

All aircraft in “Microsoft Flight” have been created with detailed graphics and accurate physics to immerse players in the flying experience. Some models allow players to take the helm using highly rendered, accurate cockpits and master authentic piloting procedures, or they can simply use their mouse and keyboard to control any plane in an exterior view. More experienced players can tailor the flight controls to match their skill level, making “Microsoft Flight” easy for beginners while still challenging for the most accomplished PC pilots. 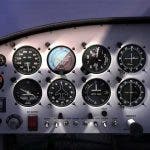 Go Behind-The-Scenes with the ICON team

Today the “Microsoft Flight” development team released a new video that gives fans an inside look at the thorough and meticulous process behind the creation of aircraft in the game, including the ICON A5, available to fly first in “Microsoft Flight.” From early design modeling to the integration of unique speed and flight physics, the video is a great chance to explore the accuracy and details that define the gameplay experience in “Microsoft Flight.”