505 Games, a global publisher of video games, and independent game developer Rebellion today announced that Sniper Elite V2 has shipped to North American retail outlets. A reboot of Rebellion’s acclaimed Sniper Elite from 2005, Sniper Elite V2 is a third-person tactical shooter set in the dying days of World War II.  Players take on the role of undercover American OSS agent Karl Fairburne who must stalk enemy prey across key historical locations throughout Berlin and attempt to unravel the mysteries and dangers of the German V-2 rocket program before it falls into the hands of Stalin’s Red Army.

“We are very excited to have worked with Rebellion to bring gamers the most immersive sniping experience to date with Sniper Elite V2,” said Ian Howe, president, 505 Games North America.  “We can ensure Sniper Elite fans that Sniper Elite V2 offers everything they have come to expect and more with a deep single-player experience and an addictive online co-op mode.”

“We’re delighted to bring Sniper Elite V2 to the current generation of consoles,” said Jason Kingsley, CEO of Rebellion. “This is no run-and-gun shooter, it’s an authentic sniping experience rewarding stealth, forcing the player to use their brain as well as their thumbs. We’re extremely proud of how this game looks and plays, gamers are in for an absolute treat.”

Sniper Elite V2 places an emphasis on learning to handle the anticipation and pressure of the hunt and using skill, patience and cunning in order to achieve missions.  Featuring detailed sniping simulation with advanced ballistics, gamers must use their environments and take into account gravity, wind, aim stability and more.  The celebrated “kill cam” from Sniper Elite makes its return and is more gratifying than ever – skillfull shots are rewarded with a slow-motion sequence of the bullet running its full trajectory before the target is rendered in graphic x-ray detail, showing the bullet entering the body and causing lethal damage. 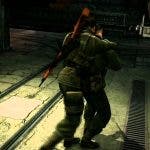