Divinity – Original Sin announced with Tons of Info, Screenshots, and a Video Detailing the Behind-the-Scenes

Larian Studios is doing something incredible with the Divinity series, making a new game an isometric turn-based RPG reminiscent of Divine Divinity and the classics before the modern-day Divinity games.

The orcs of Tanoroth are on the march, wielding magic never seen before: bloody, deadly, reality‐bending. The free nations of Rivellon are about to fall beneath their blades. Yet there are two unlikely heroes who can resist this savage magic: a condemned warrior released from his chains and a mystic heroine restored to life. Will they be strong enough to cope with the sins of their past? And will they be strong enough to counter the even greater threat that hides behind the marching orcs?

• PLAY WITH TWO LEAD CHARACTERS: Discover who they are and what terrible truth binds them.
• Enjoy the freedom of CLASS‐FREE CHARACTER DEVELOPMENT with plenty of unique skills, weapons and equipment.
• SUMMON AND RECRUIT other characters and creatures to complement your party.
• EXPLORE A LARGE AND DENSE WORLD: filled with quests, special moments and memorable characters.
• DISCOVER A WEALTH OF ITEM INTERACTION: if it’s not nailed to the ground, it can be moved, used or combined.
• Pursue the freedom and explore the depth of role‐playing where CHOICES & CONSEQUENCES MATTER.
• TURN‐BASED COMBAT SYSTEM adds tactical edge and depth to your role‐playing experience.
• USE SKILL AND SPELL COMBOS to make your attacks more effective.
• MAKE USE OF THE TERRAIN DURING COMBAT: exploit the environment to gain the upper hand in battles.
• DEVELOP COOPERATIVE SKILLS AND SPELLS: a party acting as a well‐honed team can prevail over superior forces.
• EXPERIENCE COOPERATIVE MULTIPLAYER MODE: fight and explore together, develop your characters individually.
• DISCOVER THE COOPERATIVE DIALOGUE SYSTEM: you don’t necessarily need to agree with each other.
• BUILD YOUR OWN ADVENTURES: powerful toolset allows the community to create and share new adventures online.
• ENJOY THE DIVINE MUSIC OF KIRILL POKROVSKY: the award‐winning composer of all previous Divinity games.
• DIVE INTO THE DIVINITY UNIVERSE: the story of Original Sin is the prequel to the events of Divine Divinity. 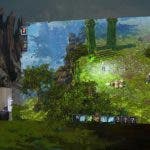