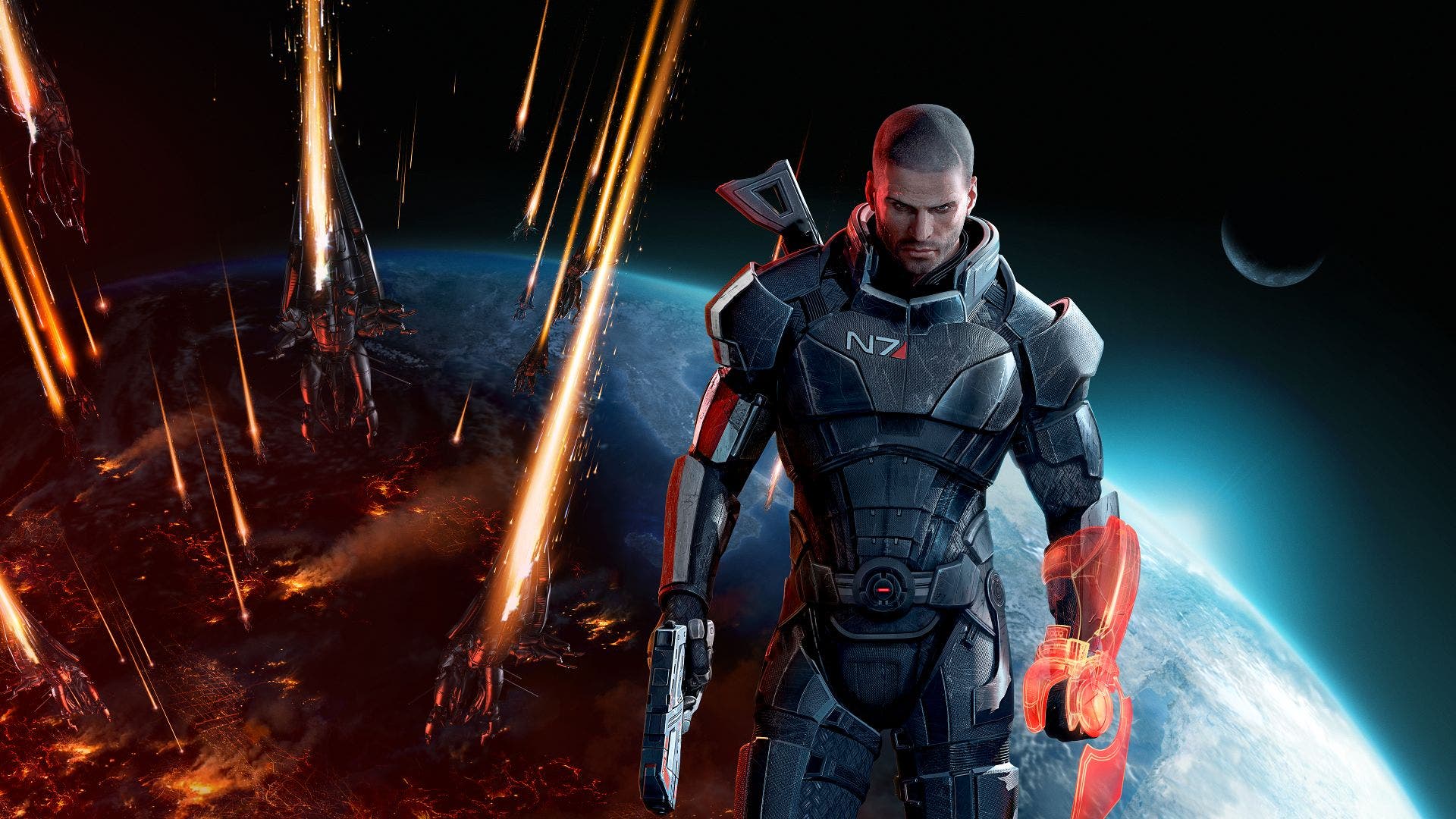 Going into playing Mass Effect 3, I was very worried about what BioWare could do to one of my favourite franchises in recent years. My history with BioWare games goes back to Star Wars: Knights of the Old Republic which I absolutely loved for its conversation system (one which didn’t clearly let you know if the person you’re talking to would take well to your suggestion or not) the several worlds that you could visit which each had their own feeling of place.

The first Mass Effect refined on this formula by allowing you to explore the surfaces of multiple planets, and having a few cities which were sprawling hubs. That being said, they dialed back the conversation system such that you knew that your choice was “Paragon” or “Renegade” before you even chose it, something which heavily influenced me to not think about my conversation choices and always made me want to do the “Paragon” choice. The combat which was heavily reliant on dice rolls and cool downs, which worked in KOTOR, didn’t feel as well suited for Mass Effect however due to characters using guns. It gave the illusion that you were playing a shooter but when you were clearly aiming at an enemy with a sniper rifle and completely missed due to a low accuracy skill, it was a frustrating experience. The game also had a cumbersome Inventory system which required you to spend several minutes at a time discarding items you’ve picked up that you didn’t need if you entered the Inventory screen when you were carrying too many items, and wouldn’t let you quit until doing so.

To BioWare’s credit, they fixed the combat in Mass Effect 2 by taking it the level of play you’d expect from a third person shooter like Gears of War. But instead of fixing some of the complaints about the exploration being repetitive, the inventory being cumbersome or getting lost in city hubs like the Citadel, BioWare ended up almost cutting out those parts of the game entirely. The lack of inventory and exploration made the game world feel shallow to me, despite the otherwise excellent quality of Mass Effect 2. This worrying trend of BioWare reducing the scope of their games instead of fixing problematic issues continued further with Dragon Age 2— a game which was widely panned by most fans of previous BioWare games.

Mass Effect 3 tries to correct a few of the missteps from Mass Effect 2. Gone are the “Mission Completed” screens which made Mass Effect 2 feel a little more like Doom, a game split into levels, than the incredible and expansive Action RPG that it really was. While the inventory isn’t fully back, there are items in terms of weapons, armor parts and weapon mods that you can pick up around environments. Weapons in general are handled a lot better in this iteration— other than having a lot of customization choices, you can also change your loadout mid mission when you pick up a new weapon.

However, the environments are as linear as ever, and the planet scanning (and resource gathering) has been removed for the ability to scan in the vicinity of a planet with a single button. This change once again serves to make the world feel a little less rich and unique. While the planet scanning from Mass Effect 2 was justifiably criticized for being extremely slow, it still was a key mechanic which held the gameplay together and gave you some motivation to explore the galaxy. With Mass Effect 3, instead you’re hunting for cash or items to complete quests while playing a game of cat and mouse with the Reapers (scanning causes the Reapers to get alerted so you have a limited time to gather resources before having to leave the system).

The pacing of game is a little uneven. There are a handful of great moments throughout the game but between those moments there can be long stretches of doing tasks that seem unimportant, and it’s hard to get a grasp of where the story is going. While it was a major complaint in Mass Effect 2 that you pretty much knew exactly what you were going to do from the start of the game with all of the loyalty missions, it gave you a sense of where you were going. With this game it feels like there’s almost no sense of urgency.

The combat isn’t too different from Mass Effect 2. However, having the same enemies thrown at you over and over again gets tiresome. It seemed as though there was less variety this time around as compared to previous games. Whether that was down to the game being more combat heavy, or just not introducing many new enemies this go around, I’m not sure.

The Effective Military Strength meter in the game gives a little too much insight into how well you’re doing at putting together your army and breaks the fourth wall a little. That being said, I can see why they made the decision because your Effective Military Strength has to be relatively high to fill up the meter if you do not do the multiplayer at all. I did every quest I could find. While I did get a full green bar for the Effective Military Strength, it still wasn’t enough to give me the best ending. That irritated me in a few ways. 1) BioWare is asking for too much of the player. Most players who play the game in a normal flow (doing most of the main quest and a small amount of side quests) would have no chance in hell of getting a good ending let alone the best ending. 2) The green bar itself was a lie. Implying you have to get “x” amount to get the best ending up front, but really requiring “y” amount is a good way to piss gamers off. 3) While its technically true that if you do *everything* you can and do it right, you can get the best ending without playing multiplayer, I still feel as though BioWare broke the spirit of “not needing to play multiplayer for the best ending”.

Finally, the part which has been the hot button issue for this game, the ending. I can see why there was disappointment in the ending. But I’m one who believes you have to read between the lines to really get what they were going for. So in a way the ending fails due to not communicating what they were going for, but in another way it’s a master stroke because it achieves exactly what they wanted in the same token if the theories out there are right as to what really happened during the final moments of the game.

If you played the previous Mass Effect games, you really should pick this up. If not, I’d recommend going back to the first or second game as this game does not stand out on its own nor is it the best of the trilogy.