The ten-year old Divine Divinity gets released on Steam

“Divine Divinity” hit store shelves ten years ago, and has since become recognized as a landmark title in computer role playing games. Earlier this year, PCGAMER named it one of the 100 best games ever made for the PC, and now Larian is bringing it back to life on Steam.

“Divine Divinity” chronicles the never-ending battle between valiant heroes and the destructive powers of Chaos harnessed by the Black Ring, a cult of enduring evil. You play the role of the prophesied Chosen One who, under the guidance of the wizard Zandalor, must unite the seven races of Rivellon so that you may become the Divine One and stop the birth of the Lord of Chaos.

Watch this video to see the profound effect that “Divine Divinity” has had on its audience:

Over the last decade, Larian has made a name for itself in the development of rich fantasy worlds that challenge and thrill the player. At the moment, they are working on two games – “Divinity – Dragon Commander” (a strategy game that has dragons with jet packs) and “Divinity: Original Sin” (an RPG that takes you back to Rivellon where it all started.) As you follow what great treasures they have coming soon, why not take a look back at “Divine Divinity”? 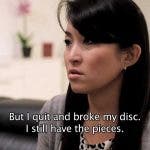