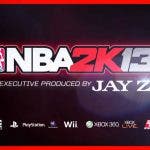 “This has been a unique opportunity to collaborate with 2K Sports and be a part of one of the best sports video games in history,” commented JAY Z.  “NBA 2K13 will be the next evolution in sports and basketball culture, and I’m ready to usher in the new era of the franchise.”

JAY Z’s interests and influences extend well beyond his illustrious music career as a 14-time Grammy award winner, as evidenced by his part-ownership of the 40/40 sports clubs and of the NBA’s Brooklyn Nets, having recently helped craft that team’s iconic black-and-white logo and visual identity. As Executive Producer of NBA 2K13, JAY Z’s artistic vision and style will permeate the experience, from the overall look and feel of the game, to the hand-picked soundtrack, interactive in-game menus and more.

“We aren’t content with just being the best, and we will continue to grow the NBA 2K franchise into one of today’s premier entertainment experiences,” said Jason Argent, vice president of marketing for 2K Sports. “JAY Z’s role in NBA 2K13represents a unique fusion of basketball, music, art, and entertainment, and illustrates the evolution of NBA 2K into something much bigger than simply the best basketball video game series ever made.”

The audio and visual aesthetics of NBA 2K13 will reflect a balance of basketball and musical influences, with JAY Z himself hand-picking the game’s soundtrack. The 24-song collection features some of his top hits, along with an eclectic mix of music’s biggest acts.

[youtube=http://youtu.be/re8bRD8PIWI]
Developed by Visual Concepts, a 2K Sports studio, NBA 2K13 is not yet rated by the ESRB and will be available on October 2, 2012 in North America and October 5, 2012 internationally for the Xbox 360® video game and entertainment system from Microsoft, PlayStation®3 computer entertainment system, PSP® (PlayStation®Portable) system, Wii™ system and Windows PC. The Wii U™ version of the title will be available during the holiday season. Fans are encouraged to pre-order now at participating retailers in order to receive the NBA All-Star content on day one at no extra cost.