The first trailer for Anomaly Korea, the upcoming mobile game from 11 bit studios is here:

Anomaly Warzone Earth’s thrilling portable strategy is back with a new campaign in Korea! Packed with fierce battles, an engaging story, a tactical map for battle planning your approach, new units, new player powers, and an even more frantic race to build up a new battlefield against the oncoming alien hordes, this is tower defense turned on its head– again! 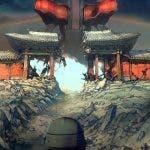