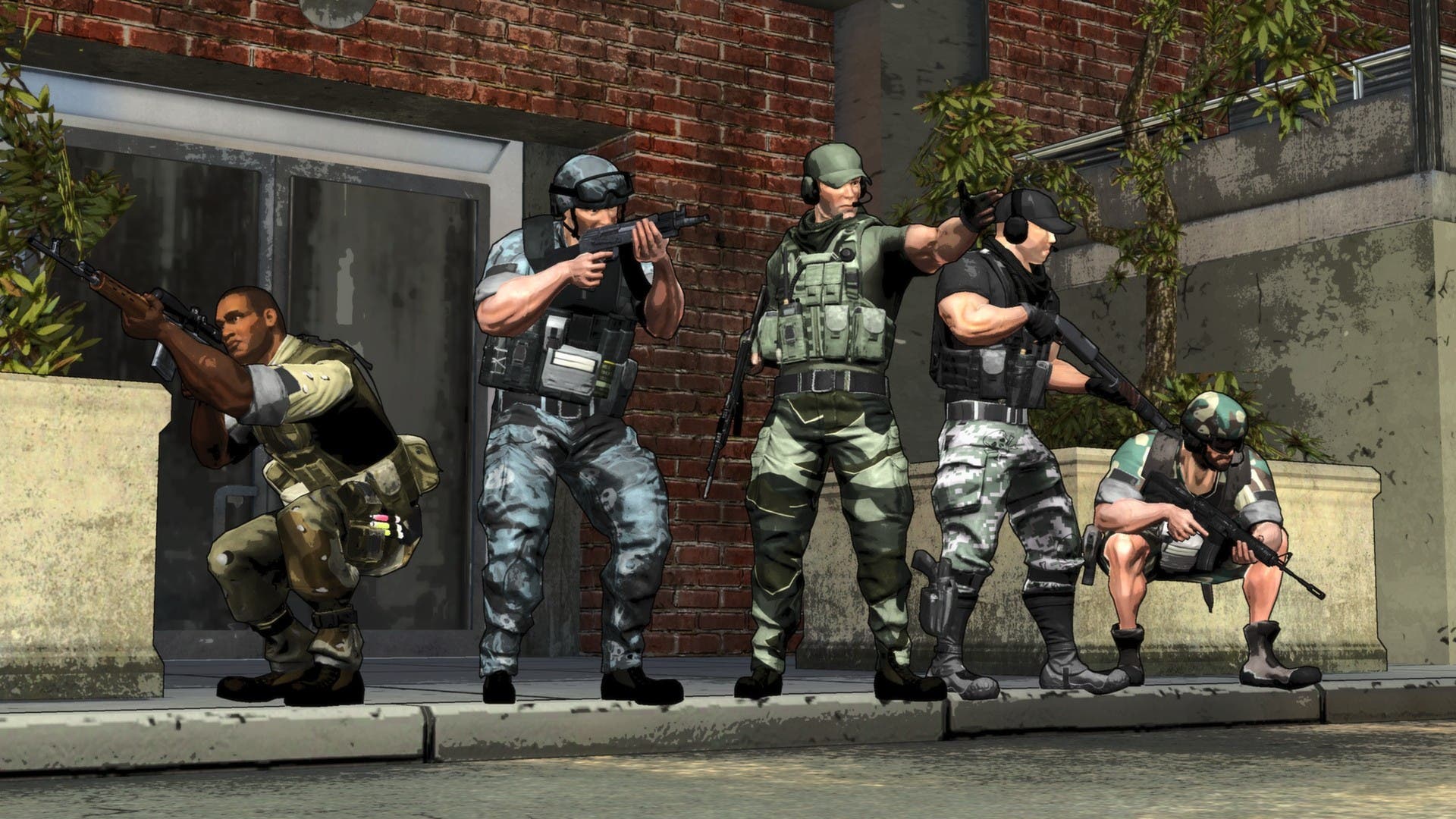 Special Forces: Team X, by name alone seems like a generic, throwaway title. While it isn’t exceptionally good, it does some surprising and interesting things that keep things moving and changing every round, no matter the game type.

Starting this multiplayer-only game off right, there’s no shoehorned storyline to make you care why the Red is fighting the Blue. It just exists. And while I make that statement, there’s no distinct blue is good, red is bad. How that becomes is a problem is when you’re on the Red Team, you have to shoot at blue. In most shooters, the enemy is always in red despite team color affiliation, and friendlies are in green or blue color. Between rounds though, you could be switched to a different team and become disoriented and wonder why your shots aren’t hitting.

The game is very pretty and smooth. The behind-the-back camera is way too tight on the character, and there isn’t a FOV slider or adjustment to change it. One might compare the game to be a Borderlands cel-shaded Gears of War. While that’s close, it isn’t exact and does the game a disservice and it really has nothing to do with either title. Even though there’s quite a bit of tongue-in-cheek humor, where your character on his reloading animation, will carelessly toss his empty magazine or clip aside. It also isn’t serious either, but straddles this uncomfortable line as it doesn’t go one way or the other well.

Cover is pretty important, not so much as it is in the Gears of War series. Not taking cover will certainly increase your chances of dying. Taking cover though, makes you a perfect target for snipers, so making sure you are always on the move helps. You aren’t fighting the mindless AI, but rather some erratic thinking humans. Cover can be taken behind barriers, walls, and corners and can even blind-fire, or aim fire at enemies with added protection. Now, I’m not sure if this is a bug or a feature, but you can have multiple team-mates can stack onto cover points (around corners) without a limit – very odd to see players clipping through each other, all shooting from behind cover.

As expected with a multiplayer-only game is the ways you progress. You’ll earn XP which at certain intervals, converts into new levels which unlocks access to new weapons and perks. One of the early perks is calling upon an attack dog to distract and kill your enemies. You’ll notice the lack of heavy weapons in the game. Those are found in the form of pick-ups, they are strewn about the level. You’ll encounter Miniguns, Chainsaws, RPGs, and even Sniper Rifles. It’ll replace your main weapon, but are incredibly satisfying. Dude customization is here, so you can make your dude different looking from the other dudes. But early on it’ll be a team of clones running about a level. It’s all superficial, but is interesting.

The level design is the most unique thing about the game. The map is split into three sections, and between matches can be voted to be three different sections for nine different combinations, making each time you play it, something a little different and mix n’ matched . But yes, I said the map, as in one. Even with the modular design, you’ll still know you’re on the same map with slight variations. I hope there’s more content on the way, as it’s severely lacking.

Fans of Zombie Studios’ most recent projects, Blacklight: Tango Down, and then the F2P sequel, Blacklight: Retribution will notice a lot of UI similarities. While the design is changed, the layout and functionality is all the same, minus the microtransactions. This is both good and bad, it provides familiarity but also makes things feel rushed. Quibbles aside, Special Forces: Team X is well-made, and unlike a lot of shooters that are available. In its released state, the quality of the game is high with plenty of things to unlock and no scent of microtransactions. I hope they can loosen the reigns on the fun factor, because there’s definitely room for things to get weird, in the best ways. If you like variety and some spice in your online shooters, there’s a lot of fun to be had here.