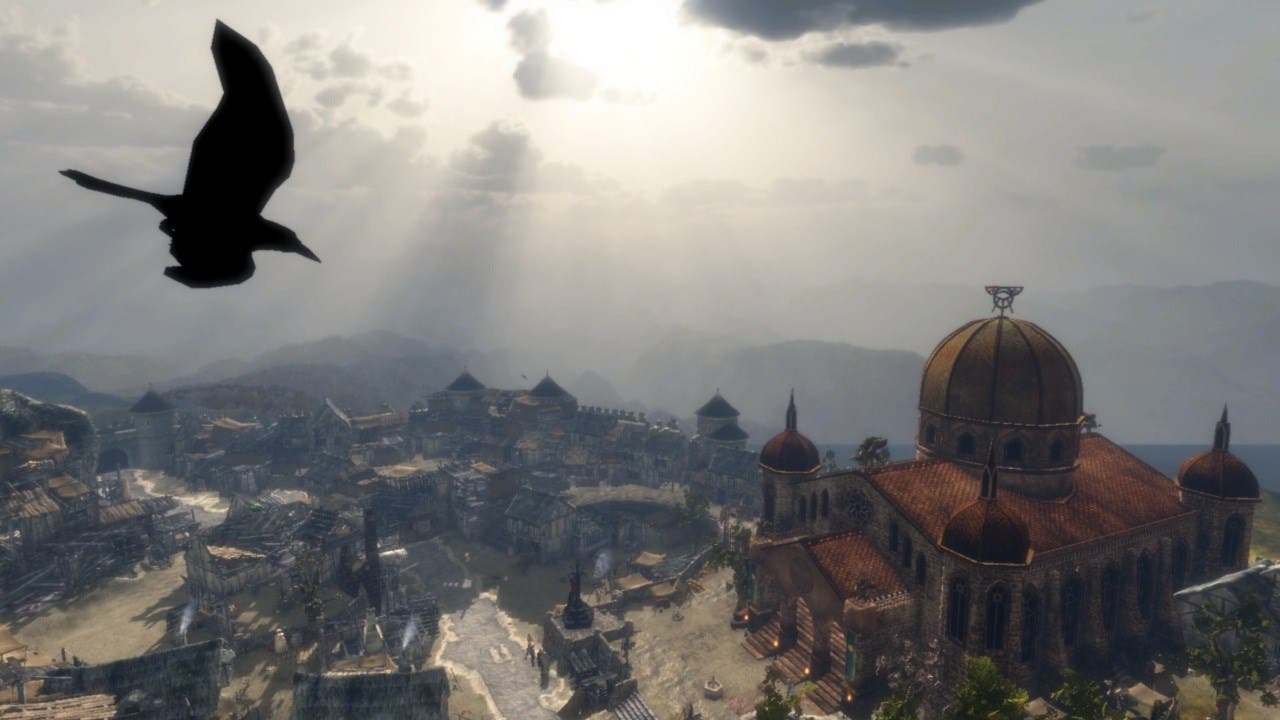 The German RPG, “The Dark Eye” is popular, it even has more games sold than Dungeons & Dragons. There’s an abundance of lore to pull from, and in the intro cinematic for the game does nothing but douse you in it, hoping you’ll soak it in like a sponge. But does this cult-hit translate well for Demonicon to be a popular RPG franchise? Almost. Demonicon starts off promising, as it dumps you, Cairon, into a dark, cavernous dungeon with deathly traps laid out, hellish creatures that wish to kill you, and your sister, Calandra’s life at stake. You start out with basic sword and no abilities, and over the course of the first hour, mechanics and abilities unlock, giving you a subtle tutorial that help ease you into the world you’ve so quickly entered.

As you kill monsters, you’ll earn AP, which are Adventure Points. Collect enough, and you’ll be able to purchase traits. It’s certainly a change from earning XP and then knowing you’ve earned a level where you must spent a skill point. It doesn’t take long to get used to the changes. You’ll be awarded Gifts (GP) to put towards talents for your ice blast and other powers as you earn them or purchase them. Regardless of how it all works, it’s still very much an RPG and your progression will have you grow stronger and powerful. Attacks are initially fast, but once you make contact, it slows down for flair, but when chaining melee attacks, feels slow and laborious as everything appears to be moving at half-speed. It would be better if every final hit slowed down for effect.

Combat is fluid and gives you a combo counter, requiring a lot of rolling in order to dodge attacks to maintain your health. But the combo earns essence which can be used to cast magic. Combos also keep you from death. And after several hours of gameplay, you begin to feel yourself improve both as a player and by enhancing your character to levels of badassery. Hard choices befall Cairon pretty often, and the consequences of either action rarely have a good outcome that you can be satisfied with. But these are your choices, and must live with them. It gives cause to replay the game and make difference choices. The story takes many twists and turns, with an early choice to pursue an incestuous relationship with your sister or not.

The save system, for an RPG leaves a lot to be desired. There are only checkpoints to rely on. Die in a lengthy battle, or by a surprise trap, you could be reset as much as 10 minutes back. It’s an inconveniance, but isn’t a total letdown, but more control in when and where you choose to save should be left to the player. The story’s CGI and storybook cinematics are the star of the show. Telling a wonderful tale and pretty good voice acting to accompany it. Whereas the in-game dialogue is stilted and character animations are stiff with weak writing and voice acting to go along with it.

The game’s artistic design provides lavish locations, but are brought down by a drab color palette. The way a pure white spotlight casts onto the area when using blood magic gives a look of divine intervention, despite the nether-influences of these powers. Demonicon holds a steady 60fps framerate quite easily and never dips. Demonicon has a lot of potential, drawing from The Dark Eye leaves room for sequels and improvements on the core mechanics that makes this title standout. As it stands as a solitary title, cannot be recommended at full price. It’s far from broken, in fact it works and plays well, but it isn’t a very polished game. Over the course of 20+ hours, it definitely gets its hooks into you, but those hooks tend to get annoying and you’ll want to be done before you see the credits roll.