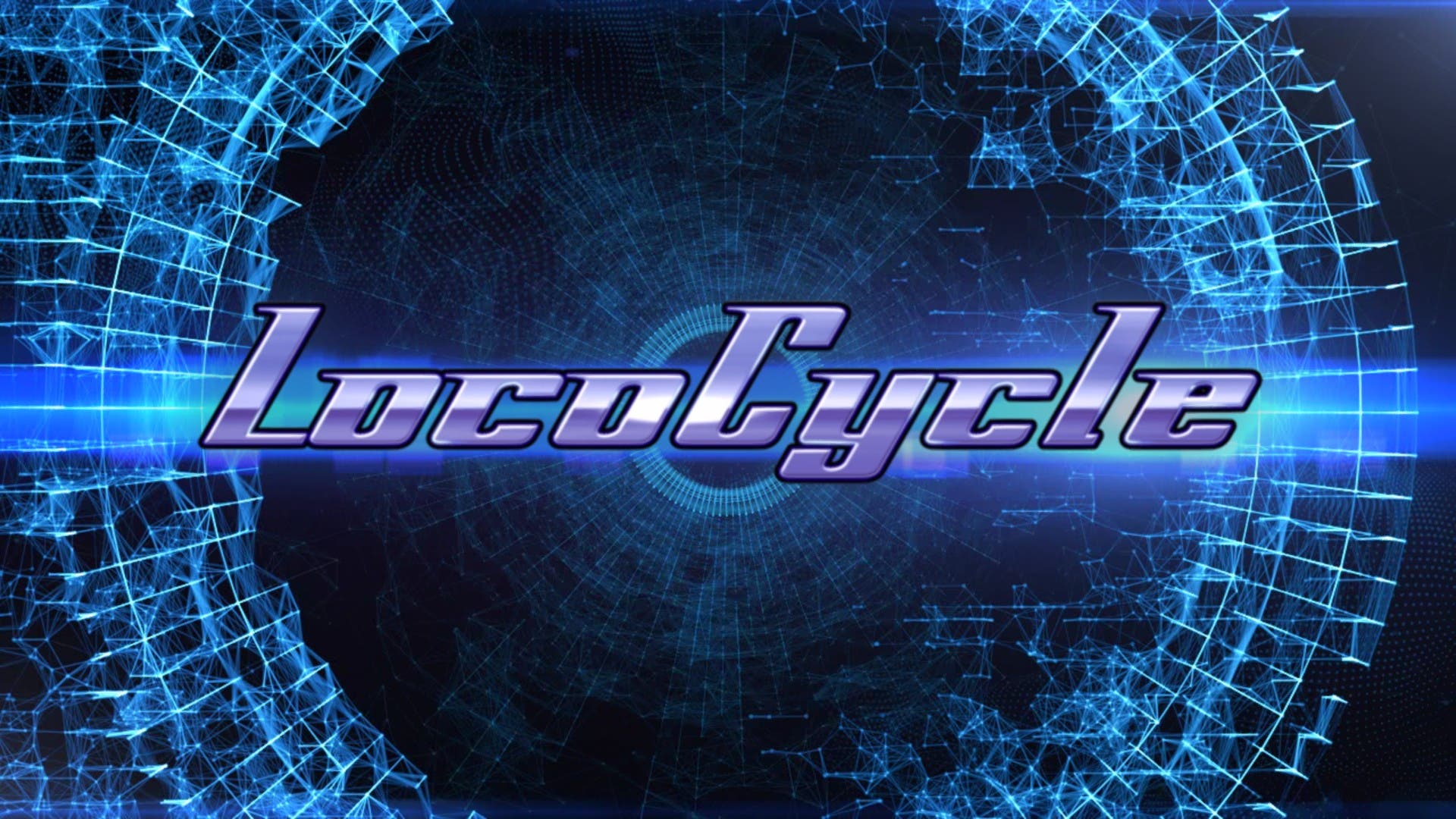 LocoCycle is just as ridiculous as prior Twisted Pixel Games have been in the past, perhaps more ambitious than previous endeavors like Splosion Man and The Gunstringer. It also features a talking motorcycle. Is it as crazy as it sounds? The story, if you choose to follow it, is pretty nonsensical and revolves around a talking motorcycle named I.R.I.S. (voiced by Lisa Foiles). When I.R.I.S. learns about a motorcycle rally in Indiana, she makes plans to escape and go where she feels she belongs. A freak lightning strike zaps her ability to translate languages properly, as a Spanish-speaking mechanic working on her at the time, gets his pant-leg stuck to her. This makes him a victim to the following events as neither can communicate the problem. It’s not long before S.P.I.K.E. (voiced by Robert Patrick) is dispatched to retrieve her.

After the lengthy introductory cutscene is over, you find yourself finally in control. I.R.I.S. is as nimble she is quick, but confined to a predetermined path on-rails seen in many shooters. Whereas those are usually a one-off mission, is actually the majority of the game here.

Some enemies allow I.R.I.S. to engage her ability to do melee combat, wracking up massive numbers and tossing Pablo like a boomerang for ranged combat. This poses the question, “Wasn’t Pablo stuck to the bike?”. Yeah, the game is not too concerned with it’s own conceits and continues along without a care. And so should you, just enjoy the ride.

There’s some mission diversity after the second half, but the first half is dull and repetitive. The videogame “rule of three” becomes the “rule of four” in LocoCycle, making everything take longer and become more tiresome than it should. Every encounter of clone-like, disposable enemies never seem to stop, and boss encounters last one extra sequence. It’s a bother.

In combat, you can also counter certain enemies via an on-screen prompt. This allows you to maintain your combo throughout. Boss encounters are pattern-based and require some quick-time events as well. That said, all the combat in LocoCycle: shooting, melee, and the quick-time events are all extremely easy. As there’s no difficulty option, the lack of challenge is disappointing. It plays as a mix between SpyHunter and a simplified brawler. LocoCycle can be played with a gamepad (Xbox 360 controller or anything compatible, even a DualShock 4 with some tweaking), or a keyboard. Yes, just a keyboard. There is not an option to use the mouse, which is mindboggling. A game in 2014 should easily have the option to use a mouse for aiming, it’s ridiculous, and not in any of the story-related ways LocoCycle is. Many sections that ask you to free-aim a target for specific damage. This can be achieved with a controller with ease, but on a keyboard requires the use of WASD or the arrow keys with imprecise and overcalculation reducing these encounters to testing your patience.

This is not a traditional PC game, neither in controls, or the game’s aesthetic. It is a port, but is a poor example of one. Those who appreciate the humor in which Twisted Pixel provides, and do not own an Xbox 360 or Xbox One, can get by on it’s bare essentials. The graphic options are poor, and even when every slider and setting is set to the maximum, the game still looks bad. The draw distance is low and textures are very detailed. It just looks sloppy. Luckily it runs at a solid framerate. I wanted to like LocoCycle. But every step of the way I was met with resistance or frustration. It takes every videogame rule of what you shouldn’t do, and does them anyway. Each level is laborious and shallow. Only the laugh-a-minute humor carries it through, and is the sole reason why you should play this.

A Steam code for the game was provided by the developer, Twisted Pixel Games for review purposes