Blood Bowl 2, published by Focus Home Interactive, is the sequel to Blood Bowl, the video game developed by Cyanide studios based on the famous board game created by Games Workshop that combines American football with the fantastic universe of Warhammer. Development is going full steam ahead for the scheduled release date in Q4 2014, and we can now unveil a series of exclusive screenshots to show you the vast, impressive orc and human stadiums.

The magnificent stadiums in Blood Bowl 2 are scalable and can be developed to become increasingly imposing as the player spends the winnings earned in the solo and multiplayer campaigns to upgrade them and add new infrastructures. Players can build their stadiums up from modest training grounds to truly grandiose edifices that rival the most prestigious structures in the real world. They also play an active part in recreating the supercharged atmosphere of a Blood Bowl match, where volatile fans pack the stands ready to cheer on their favourite team or invade the pitch and trample on the players!

But the improvements and extensions designed by the players are not for aesthetic purposes alone; they will also have a direct impact on the game experience. Additional stands and infrastructures not only generate extra opportunities and bonuses for the team, but will also mean a greater number of spectators and higher revenues from every match! What could be better than to crush your opponent amid the clamour of a volatile crowd!

Blood Bowl 2 is even more ambitious than the previous installment with an overhauled look and a variety of new features. Its brand new graphics engine was specifically developed for this sequel, enabling the game to display high-quality visuals, graphics, and effects that take the Blood Bowl license to the next level. Animations have been overhauled, dynamic cameras bring more punch to the matches, and the “Cabalvision” interface and corrosive commentators Jim Johnson and Bob Bifford all faithfully recreate the thrills and atmosphere of intense Blood Bowl games.

Blood Bowl 2 also brings a bunch of new features to Solo and Multiplayer modes making it more accessible for first-time players and more enjoyable for seasoned veterans. A stunning and ambitious Solo campaign puts players at the head of one of Blood Bowl’s most famous teams and challenges them to climb to the top through a series of original and truly unique matches. League mode lets players manage their own team, club, and even stadium. We’ll soon be showing off some of these substantial and striking innovations that make Multiplayer mode even more thrilling. 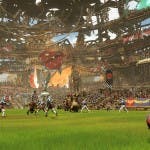 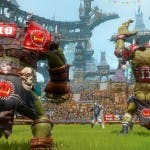 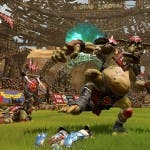 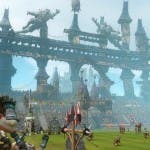