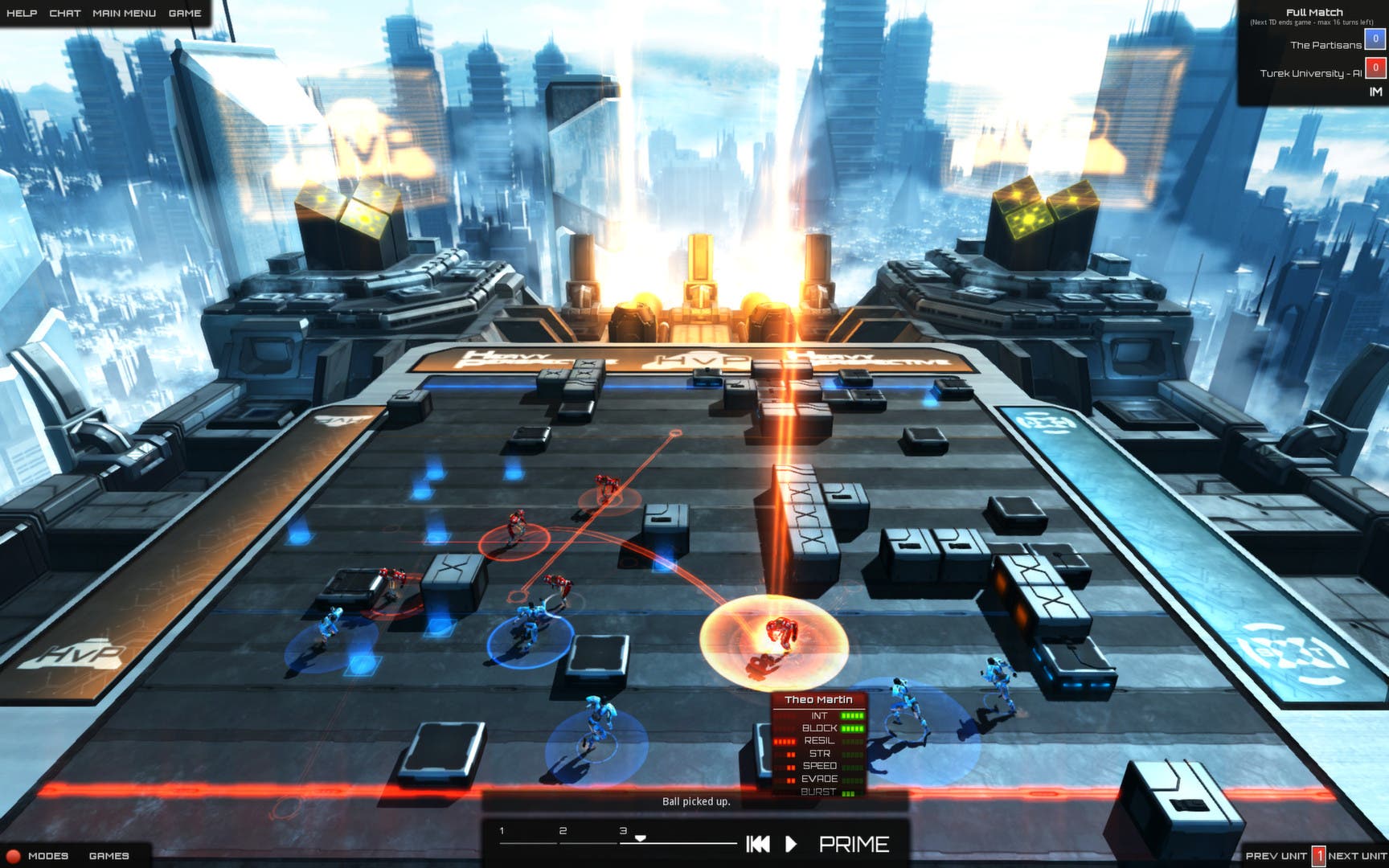 Mode 7 has released the beta of Frozen Endzone onto Steam Early Access. Frozen Endzone, or more affectionately referred to as “Frendzone”,  is a simultaneous-turn-based tactical game set around a brutal futuristic sport played by robots. It is estimated to release in later 2014, but no specifics as to when within that time.

Next up for the team is working on the single player campaign mode, which will take place in a richly simulated league.  You’ll be able to build up your team, interact with rival coaches, track your players’ behavior on and off the pitch and generally experience life at the cutting edge of future-sports.

“I am so excited about this release I just had to quote myself saying how I excited I am!” gibbered Joint Managing Director Paul Taylor, at some point between 4:32 and 4:34 AM last night before returning to his nutrient-rich aqueous medium.

Gameplay updates and changes for the Early Access version:

Frozen Endzone can be purchased for $24.99 on Steam through Early Access: http://store.steampowered.com/app/237350/