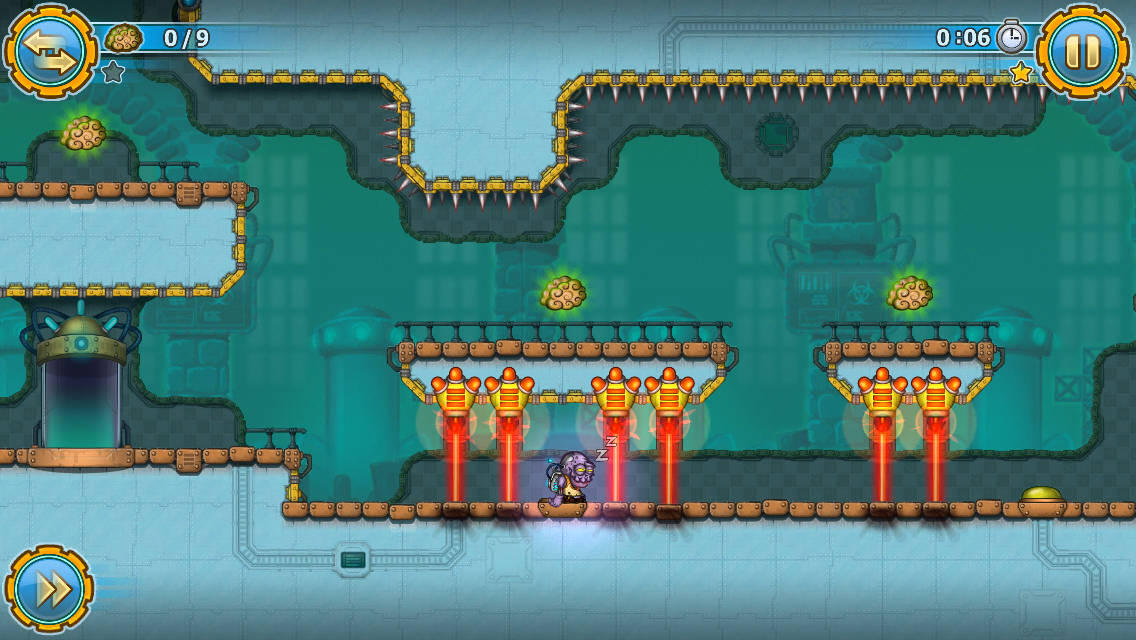 The Grim Reaper is sad and lonely. What is Death to do with oneself? Why not start zombified humanitarian outreach program to convert the shambling undead into respectable citizens? In this desperation, it’s all for the sake of friendship and to be liked. Project Deadlings begins with experimentation, and provides Deadlings with it’s charm, deceptively dark overtones, and refreshing mix of strategy and action. 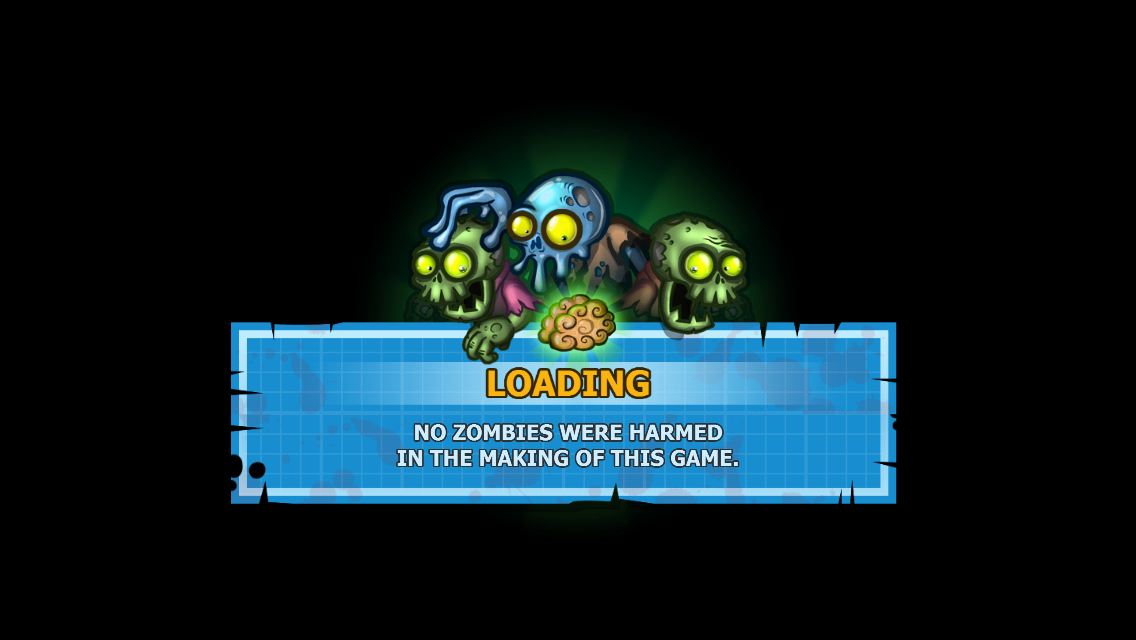 Deadlings starts off with basic tasks for understanding of the types of deadlings you’ll be playing with. There’s the fast and agile Bonesack, the hilarious Lazybrain that you literally have to keep a finger on, the Creep who suctions to surfaces, and the Stencher who floats on his own noxious fumes. At first you’ll be interacting with each character one by one, but not before long you’ll be switching from character to character to complete objectives. The goal is always the same and seems simple: reach the end by activating switches opening gates to reach the end of the lab.

Starting a level gives you a crisp, clear blueprint to review the lab, and give you a way to start planning out on who to use and when. This planning mode is crucial and takes some trial-and-error more than pre-planning. It is from here you can resurrect fallen deadlings, or purchase more using in-game currency, should you run out before completing the level. Once you start going, the timer starts ticking. Returning to planning mode does not stop the timer. As it begins to tick away, going back to action mode increases the tension in an exciting way.

Get used to replaying levels. Over time, you’ll be less likely to get 100% every run.  With three stars to earn, is based upon reaching the end, time under par, and brains collected. It’s a standard reward system that doesn’t stray from convention, but is enough to want you to try to get a perfect three-star run. 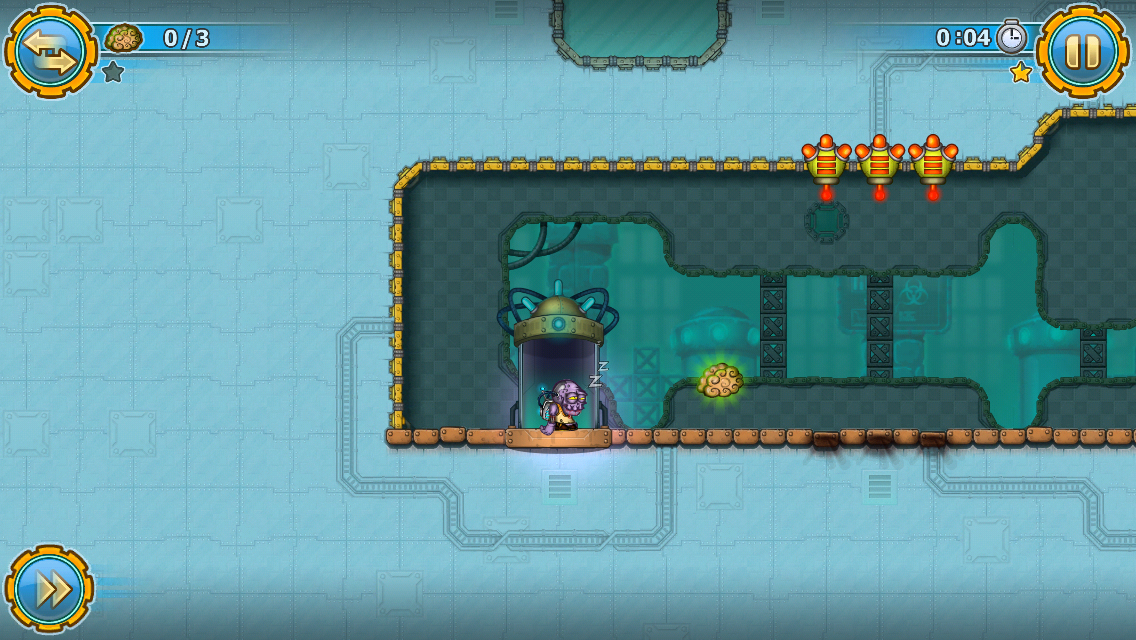 The map overview shows you your progression. Currently there are four phases with 15 levels, or as the game calls them, “days”. In total, there are 45 levels with more already in-progress for a future update. Nightmare Mode is unlocked halfway into the first phase of the game. Similar to Super Meat Boy, allows you to switch to a harder, dangerous set of levels set to test your reflexes and brainpower for you to complete under harsh conditions. This doubles the amount of levels to 90 giving more content, even if it is just a twist on the existing levels you’ve already played.

The sensitivity for the controls is just right, I never felt that any of the mistakes I made (which there were many) were because of the game. More often than not, the game requires quick reflexes. This could be problematic for some players, but is all just a matter learning the timing.

Being a paid app, the game is not in-your-face about the optional microtransactions, but it doesn’t shy away from them either. You can purchase skulls to be able to purchase more deadlings to aid you in completing a level, buy hearts to reanimate the undead should they die again, deadlings themselves as they serve as pre-bought deadling from skulls. But again, it’s something that can be earned through replaying levels rather than making these purchases, all it does is provide a shortcut to progression rather than a cheat or cashgrab. I applaud the developer from avoiding this trap. 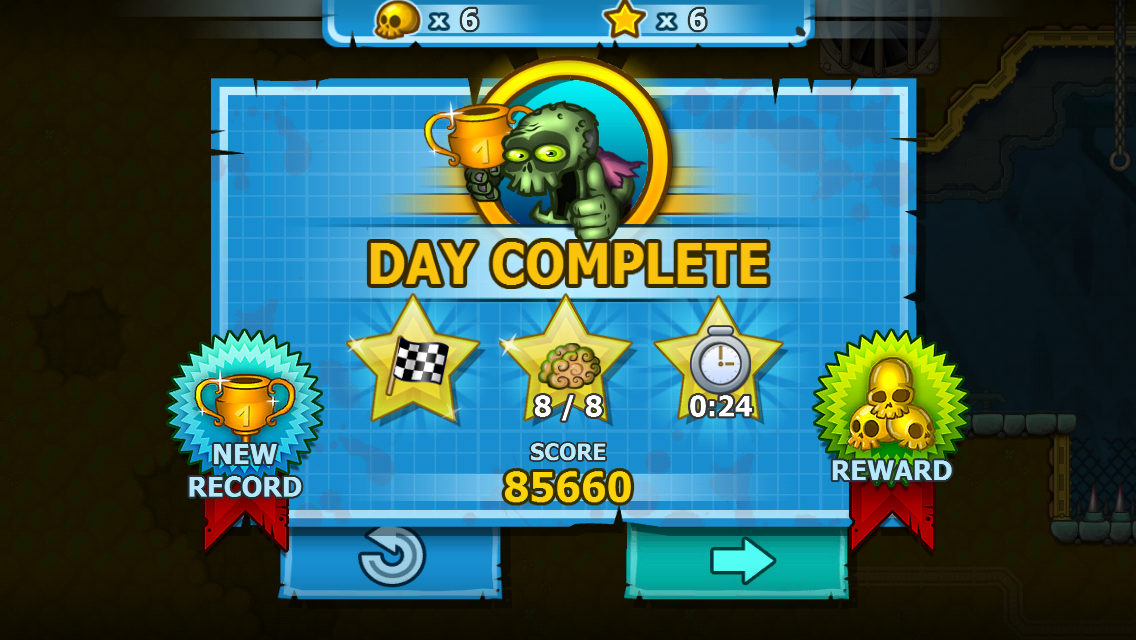 Deadlings is smart, fun, and a clever mix of Lemmings and Super Meat Boy. The colorful art, inventive puzzles, and responsive touch controls carry the game a long way. The story is sparsely keeping the theme running, but is mostly forgettable. It’s a solid purchase that’s going to occupy your time, whether you have a few minutes or a few hours.